Back in April, 2021, current Dakar Rally champion Kevin Benavides officially signed with Red Bull KTM, moving away from Honda for the 2021 rally season. While both Benavides and the Red Bull KTM factory team may have been very happy about this news, where did that leave Honda? Rider/team switches are a regular feature of racing, and rumors about who Honda would sign for the new year were strong.

The strongest rumors turned into reality, as Honda Racing Corporation announced that Pablo Quintanilla would join the HRC rally team starting on May 1, 2021. Quintanilla, who is from Chile, has been active on the international rally stage since 2013. So far, he’s racked up two FIM World Championship titles in 2016 and 2017. Although he has yet to win his first Dakar Rally, he was runner-up at that event in 2020, only placing behind Honda rider Ricky Brabec.

As anyone who follows most types of racing can tell you, series may differ—but racers are typically an extremely hearty group of people. Many will laugh off injuries that might keep most of us sidelined for considerably longer amounts of time. 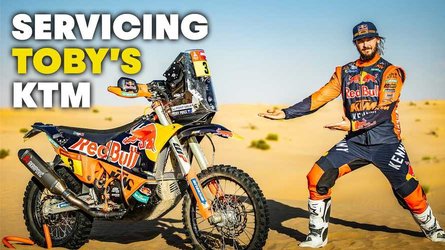 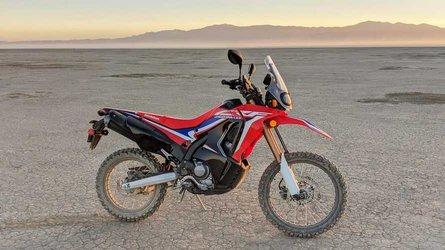 Back in 2019, Quintanilla made an impressive comeback after a serious Dakar ankle injury kept him off the bike for months. He was determined to contest his home rally, the 2019 Atacama—and he not only did it, but he won after spending eight whole months recuperating.

His first event as an HRC rally team member is the second-ever Andalucía Rally, an event on the FIA Cross Country Rallies World Cup calendar, which takes place from May 12 through 16, 2021 in Villamartin, Spain. The Honda Rally Team already rolled away with the top two spots at the 2021 Dakar Rally. How will the rider switch work out going forward? We’ll just have to watch and see what happens.