We hope whoever wins it buys themselves color-matched leathers, too.

Let’s say you work at BMW Motorrad in the 1980s. You know your company’s history, and have the utmost respect for air-cooled boxers. Still, you see the times changing all around you, and you want to do something different. First, you try the K 100. Then, you move on to the K 75. They’re interesting for their time, fuel-injected and boasting ABS in an era where that was a distinct novelty—but they’re not quite there yet.

Finally, you think you’ve cracked it. Will the third time be a charm? This 1990 K1 is an impressive example of BMW taking what it learned from the growing popularity of Japanese inline four superbikes, then putting its own distinct sport touring spin on the concept.

Dig into it a little, and there are all kinds of thoughtful touches that BMW engineers applied when crafting this design. For a start, those funky fairings were designed in a wind tunnel, with unhindered Autobahn cruising squarely in their sights. Underneath, the Paralever swingarm was specially crafted to minimize shaft-jacking while riding. Integrated turn signals cleaned up the look and the feel of the bike, streamlining airflow. Granted, riders would later complain of getting awfully toasty due to how the hot engine air ducted back over them, but that just made it better for cold weather, right? Right. Who needs an electrically heated seat, amirite?

The 998cc, liquid-cooled, fuel-injected, 16-valve inline four-cylinder engine made a claimed 100 horsepower when new. Granted, it also weighed an extremely chunky 259 kilograms, or about 571 pounds. Still, it also packed a Marzocchi front fork, Brembo dual disc brakes up front and a single Brembo disc in back. It might have been on the hefty side, but at least the Bavarians clearly put thought into handling and braking abilities.

Looking backward in 2021, of course, you probably already know that BMW didn’t totally upend its own history by introducing the radical departure that was the K1. There is, after all, a reason that the letters “R” and “GS” probably come to mind first thing when you hear the name “BMW.” The K1 was pretty expensive, and riders of the early 1990s also found the design polarizing, to say the least. Visually, I kind of love it, but I realize my taste isn’t necessarily anyone else’s.

Now, to the particular 1990 K1 that’s for sale here. It’s being offered on Bring A Trailer by a dealer in Raleigh, North Carolina, with 10,000 miles on the odometer and total mileage unknown. The battery was replaced in August, 2020, but there’s no other mention of any recent service having been performed on this bike. There’s also no running video. That said, the dealer says that they’ve put “a handful” of miles on the clock since they took possession of it. 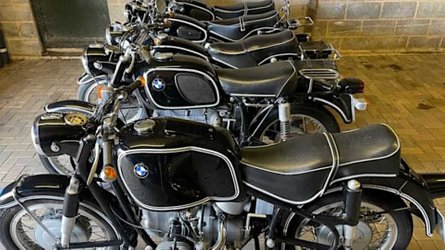 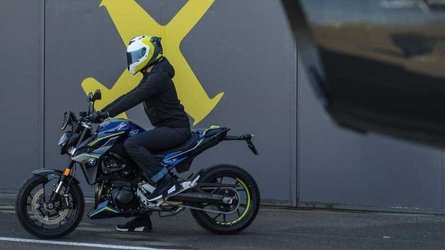