It's been fitted with luggage and wind protection.

In the short period that it has been available in the market, the Royal Enfield Meteor has proven to be a stellar success. With this barebones cruiser's sales figures surpassing the 10,000 mark, the Meteor is fast becoming Royal Enfield's most successful bike in its fleet. Unsurprisingly, just like its predecessor the Classic 350, the Meteor is sure to be a favorite among custom bike builders looking to bring out more from the platform.

Just like all of Royal Enfield's bikes, the Meteor 350 is a head turner out of the box. Its classic styling, bright color options, and classic cruiser stance have made it an instant hit among retro bike enthusiasts. However, customizing and modifying has always been deeply rooted in the heart of the classic bike scene. That said, just like the Classic 350, people have already begun putting the Meteor 350 under the knife—both in reality and in concept. One of the interesting concepts I've come across comes from Indian design artist Abin Design Studio, and their rendering of this Royal Enfield Meteor 'Touring Edition.'

At first glance, it could be easy to mistake this bike for something else, as it now sports a massive bikini fairing akin to those of large tourers such as the Honda Gold Wing. Adorning the bike's rear end is a set of side panniers with a large top case to match. Overall, the front fairing and all the additional luggage makes this conceptual Royal Enfield Meteor Touring Edition look a lot longer than the base bike.

While this concept is cool and practical, I've personally found the Royal Enfield Meteor 350 lacking in terms of overall power and performance. I don't know about you, but when it comes to long-distance touring, I'd definitely want a little bit more than 20 horsepower on tap, especially if I'll be spending miles on end on the freeway. That being said, I think the Meteor is cool as a lightweight, agile little cruiser. Perhaps this long-distance touring setup could work with the Royal Enfield Interceptor 650. Or, who knows, maybe the folks at RE have something up their sleeve based on an all new platform? 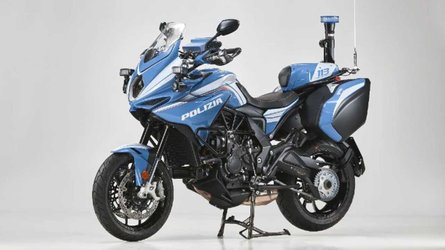 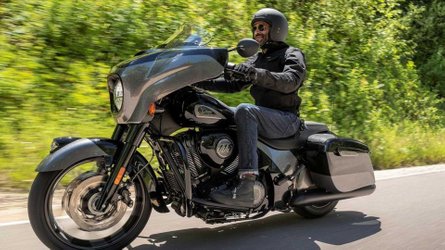 Polaris Motorcycle Sales Up Over 30 Percent For Q1 Of 2021