Only available in China... for now.

We’ve been patiently waiting for CFMoto’s KTM 790-based adventure bike since we saw the spy shots in February, 2020. After the Chinese brand shoehorned a KTM LC8c engine into its 700CL-X naked bike in November, 2019, the upcoming adventurer was of little surprise. Yet, it still commanded a lot of excitement. Over one year later, the anticipation ceased when CFMoto unveiled its new 800MT at the 2021 Shanghai Auto Show.

As suspected, the 800MT boasts Team Orange’s vaunted LC8c engine, a liquid-cooled, 799cc parallel-twin that pumps out 94 horsepower and 57 lb-ft of torque. That’s just a shade off the 790 Adventure's 95 ponies and 65 lb-ft of torque. Due to the KTM-derived mill, fly-by-wire throttle, engine maps, and cruise control come along for the ride. However, that’s where the family resemblance ends.

Suited for on-road touring instead of dirt road blasting, the 800MT features a top-mounted gas tank, unlike the KTM’s low-slung fuel cells. CFMoto also opts for a traditional adventure bike two-up seat in lieu of the 790 Adventure’s enduro-inspired unit. For long stints in the saddle, the 800MT boasts heated grips and seat, a seven-inch TFT display, and a satellite navigation system. Those looking for more off-road capability aren’t left out in the cold, though.

CFMoto offers two 800MT configurations to cater to a wide array of customers. Both variants feature a 19-inch front wheel and a 17-inch rear. The standard trim sports cast aluminum rims while the dirt-focused model brandishes spoked wheels, semi-knobbed tires, and a skid plate. Regardless of the trim, the 800MT touts KYB suspension and J. Juan braking systems, which is lower spec than the 790’s WP suspension and Brembo brakes. The 800MT does, however, receive the same Bosch-designed traction control and cornering ABS found on its European counterparts.

Though the CFMoto adventurer forms its own personality with different design elements, it nearly gains 100 pounds over its KTM cousin. For now, CFMoto hasn’t released the 800MT’s price and it hasn’t revealed official plans to distribute to Europe or North America. It looks like we’ll have to keep waiting, after all. 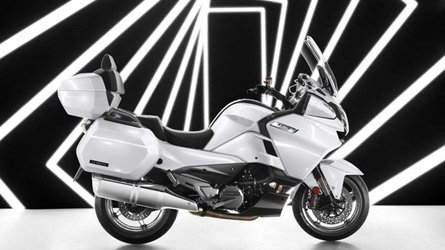 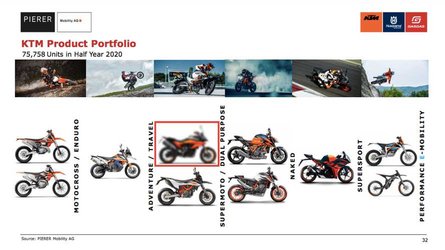