Gogoro And Hero MotoCorp Team Up On Battery Swapping Partnership

First India, then the world?

If you want to change the world, you have to build a strong team to do it. That’s exactly what Taiwan’s Gogoro and India’s Hero MotoCorp are doing, with some potentially huge implications for electrifying India’s two-wheelers. On April 21, 2021, the two companies formally announced details of their strategic partnership. Considering that Hero MotoCorp has sold over 100 million two-wheelers since its founding in 1984, it’s clearly a team-up with massive possibilities.

So, what does this partnership entail? In the simplest terms, the Gogoro Network is bringing its tried-and-tested battery swapping platform to India, with Hero’s support. Both Hero and Gogoro also plan to collaborate on Hero-branded two-wheelers that are part of the Powered by Gogoro Network, which will utilize Gogoro’s swappable battery infrastructure as it gets built up within the country.

India has some lofty goals in mind with regard to electrification of its vehicle fleets. As the single largest two-wheeler market in the world, it’s hard to overstate the potential ramifications of this move. In 2020 alone, while the world was in the midst of a crippling global pandemic, Hero MotoCorp still managed to sell an impressive 5,791,539 two-wheeled vehicles to customers worldwide.

Of course, conversion from combustion to electric vehicles won’t happen overnight. However, building strong partnerships like this shows that this industrial shift means business, both in terms of its level of seriousness and also in terms of actual business. Also, lest you think this is only about India, it isn’t; at least, not if Hero MotoCorp chairman and CEO Dr. Pawan Munjal has anything to say about it. We’ll let him explain.

“Our strategic partnership with Gogoro is in line with our vision, ‘Be the Future of Mobility,’ which we are bringing alive through our mission to ‘Create, Collaborate & Inspire’,” Munjal said in a statement.

“Today marks another major milestone in our journey, as we bring Hero’s leadership in two-wheelers, our global scale and innovation powerhouse, with the leadership of Gogoro in the swapping business model, as they have demonstrated over the years in Taiwan and the rest of the world,” he continued. 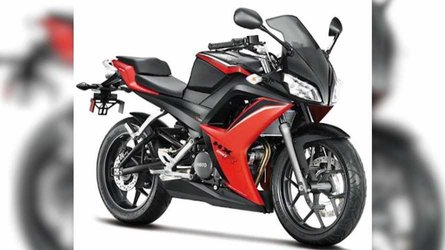 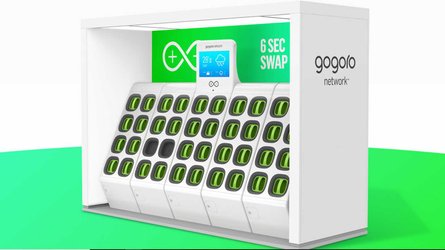 Gogoro Network Is Growing By One More Electric Scooter Maker

“This partnership will further enhance the work and partnerships that we already have in our EV portfolio. This will further extend the work which we are doing at our R & D hubs at the Centre of Innovation and Technology (CIT) in Jaipur & our Tech Centre in Germany. Hero and Gogoro’s vision and commitment are perfectly aligned towards the common goal of accelerating the shift to smart, sustainable electric mobility in India, and around the world,” Munjal went on.

“With this new partnership, we commit to introducing a sustainable mobility paradigm, first in India and then in other markets around the world. [Emphasis mine.] This partnership will strengthen and expedite the Indian government’s electrification drive and will have a significant impact on India’s energy and mobility future,” he concluded.

As of April, 2021, Hero MotoCorp boasts eight manufacturing facilities in three countries: India, Bangladesh, and Colombia. It also currently sells its vehicles in 40 countries across Asia, Africa, the Middle East, and Latin America. Since these are all places where two-wheeled transportation is an everyday fact of life for many people, it will be very interesting to watch what this partnership creates. While the April, 2021 Hero and Gogoro announcement only specifically mentions India, eventual expansion into Hero’s other global markets certainly doesn’t seem impossible.