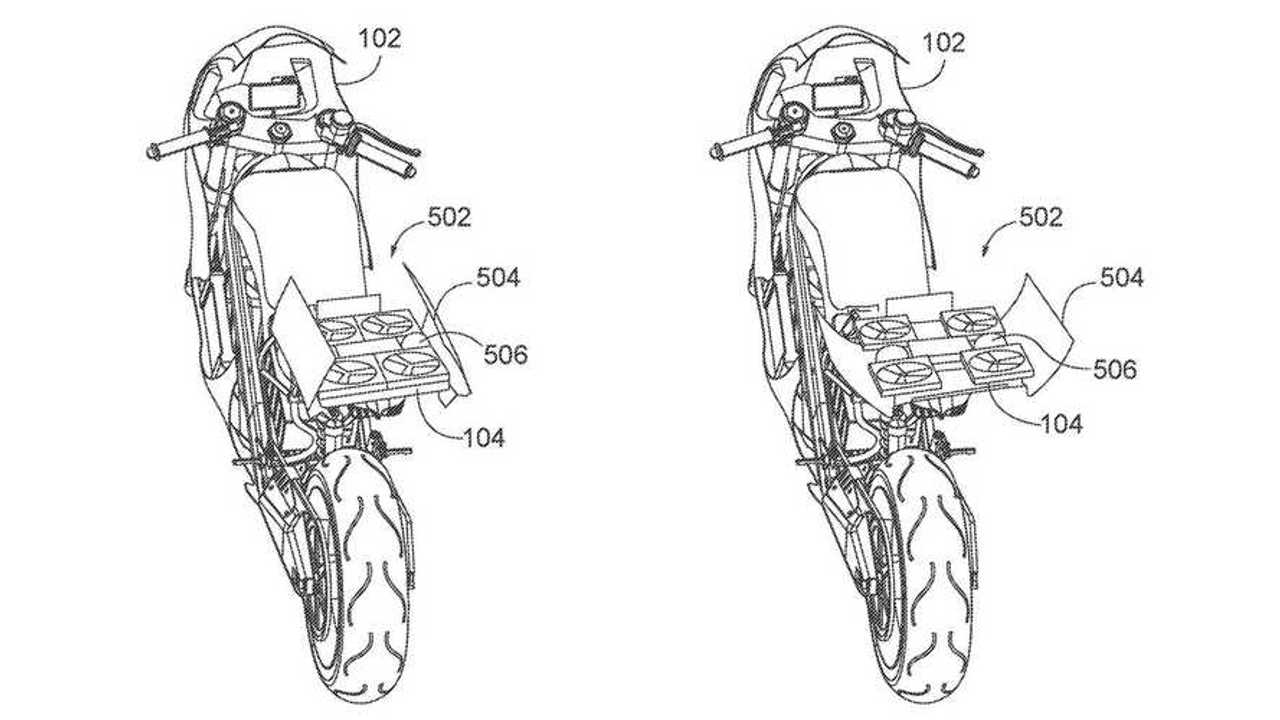 Would you ride Honda’s drone bike?

Honda hasn’t exactly been on the bleeding edge of electric motorcycle development over the last few years. Of course, electric scooters and swappable battery technology at Honda progressed recently, but we haven’t seen much on the motorcycle front since the CR Electric prototype dirt bike in 2019.

Curiously, an electric motorcycle showed up in Honda’s latest patent filing and it wasn’t alone. Mounted to the rear of the fully-faired sportbike, a drone actually served as the subject of the patent. While the documents reassure us that Honda’s R&D department is hard at work on electric motorcycles, it also makes us wonder how a drone would benefit the company's efforts.

Digging deeper into the patent details, the quadcopter would feature an expanded configuration when deployed. In order to fit in the tail section of a bike, the drone would revert to its collapsed position. However, the device could serve a purpose in either situation.

Deployed, the quadcopter has the potential to enhance the host vehicle's operation and navigation. Honda also lists that the drone could deliver items such as battery packs to a stranded rider or aid in contacting emergency services. The patent even lists monitoring the vehicle as a possible use case for the drone. When docked, the device could double as an exhaust fan, pulling hot air away from the electric motor and out of the rear fairing.

While the traffic monitoring benefits are clear, the system’s potential intrusiveness could be a hurdle. We’d all love to see downstream traffic but the drone application could add more traffic to the airways as well. While vague and broad, Honda’s patent focuses on the mechanism of the quadcopter itself, but it also lays out the possibility of drone-assisted vehicles in the process. Yes, a drone application would be a far leap for Honda’s electric motorcycle development but only time will tell if that step jumps the shark.