Rumored Honda ST125 Dax Rendered And We’re Here For It 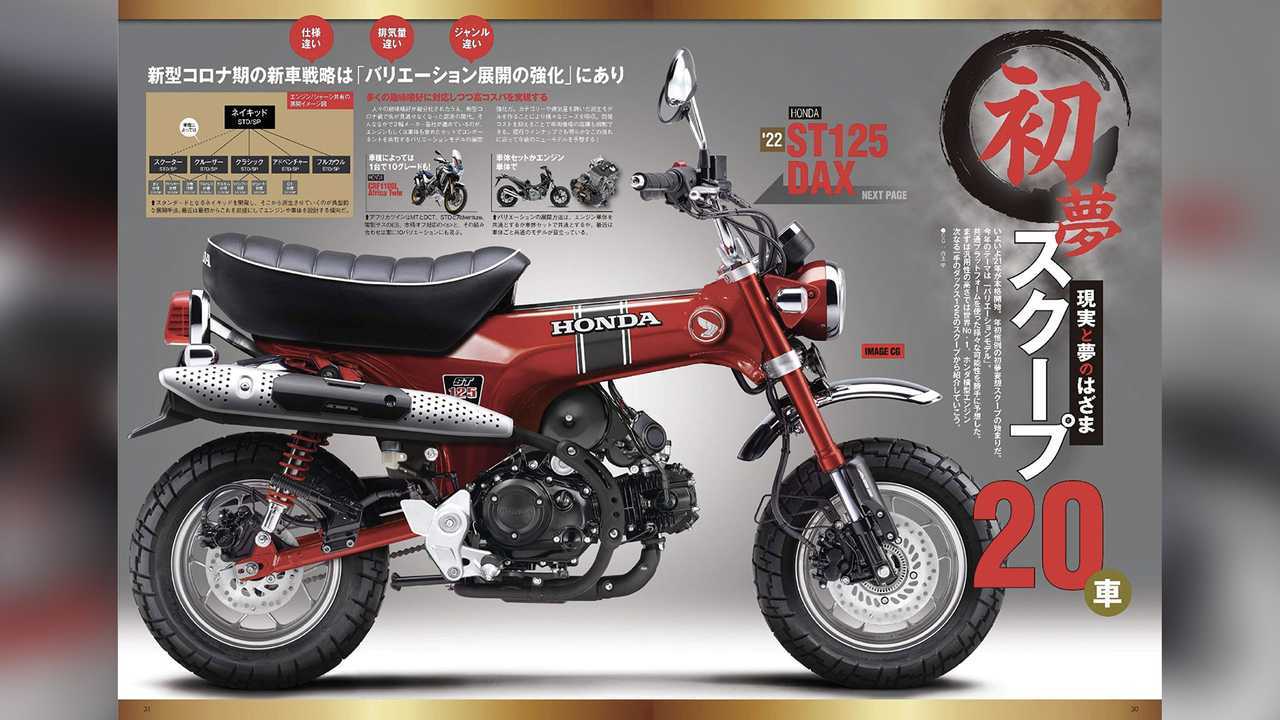 Give it to me!

Honda is on a roll of retro minimoto revivals. Team Red got the ball rolling when it revived the Monkey and brought the Super Cub back to the U.S. in 2019. It followed up with the CT125 (available here as the Trail 125) in 2020. What's next? Well, folks, rumor has it that the ST125 dubbed the Dax is the next one on the list.

Rumors out of Japan of a potential Dax revival have been circulating for a while now, but things seemingly got more serious in December, 2020. That’s when Honda trademarked the name ST125 with the European Union Intellectual Property Office (EUIPO) which got the rumor mill’s engine running once again.

The ST Series was one of the many mini bike series Honda started making in the 60s. The STs were also known as the Dax in Japan and as the Trails in North America (not to be confused with the CT-type Trails, right?) In the U.S., the model sold as the Trailsport as well.

Now, interestingly, Honda did recently secure the name “Trailsport” with the United States Patent and Trademark Office (USPTO), however, the trademark was registered in the automotive class, not in the motorcycle one. This understandably sparked rumors of an upcoming four-wheel off-roader coming to the Honda lineup. Where that would leave the rumored ST is unclear, especially since the name Trail 125 is already in use. Maybe the Dax nameplate will be standard in all the markets.

According to Young Machine, the returning Dax could launch as a 2022 model. The publication’s March 2021 printed edition will feature a render of the minimoto on its cover as one of the multiple bikes the team expects to see in the showrooms in 2022. The new render looks even better than the first one the Japanese site whipped up back in September and we’re here for it.

It retains its “inverted Cub” frame with a high-set exhaust and a saddle sitting on top like a cherry on a sundae, combined with modern touches such as the brushed metal heat shield and brake discs at both wheels. The new ST 125 is expected to follow on the trail of the other Honda minibikes and use the same updated 125cc thumper.

For now, this only remains a rumor, but considering that Honda announced that it's going to host an online motorcycle show at the end of February, this could be an opportunity for the maker to show us the Dax.