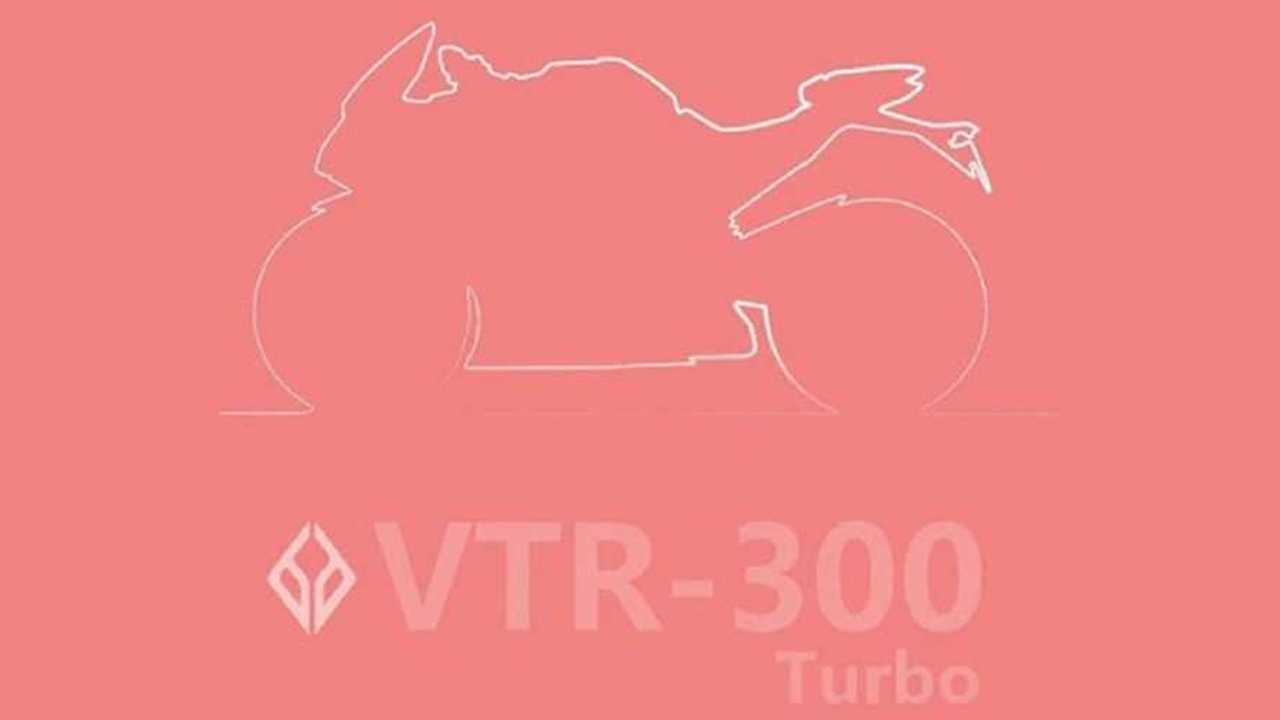 Everyone remembers the Benda LF-01 Concept, right? In case you missed the news, the Chinese firm introduced the mid-size muscle cruiser in the fall of 2020 and later slated the LFC-700 production model for 2021. The Diavel lookalike with a Honda CBR650F-derived engine sure turned a lot of heads toward the burgeoning brand and Benda wants to continue that momentum with a turbo-charged small-capacity sportbike, the VTR-300 Turbo.

Now, we’ve seen forced induction bikes like the Honda CX500 Turbo and Yamaha XJ650 Turbo in the past and Kawasaki’s H2 lineup currently applies the technology. However, little has been offered on the small-displacement market over the years and Benda looks to address the absence with the VTR Turbo. It seems like the supped-up 300 would borrow the engine from the company’s existing bobber, the BD300-15. The liquid-cooled, DOHC 298cc V-twin already pumps out 30 horsepower and introducing a turbo could push numbers close to 50 horsepower.

At the moment, the VTR-300 Turbo is nothing more than a model code and silhouette (to the public), but Benda also looks ready to rapidly expand its offerings. If the latest company flyer is any indication, the turbo-charged lightweight won’t be the only model making waves. The brand’s VT family will also include the VTC-300, presumptively utilizing the same 298cc V-twin sans turbo-charger. With ‘C’ denoting a cruiser platform, the VTC-300 will act as yet another entry point to Benda’s expanding lineup.

On the other hand, the LFS-700 looks like a sportier take on the company’s LFC-700 platform. With the silhouette hinting at a shorter swingarm and more aggressive rake, the ‘S’ variant could sharpen up the cruisers handling characteristics markedly. With a shorter wheelbase, the LFS would offer a much different experience than the stretched-out LFC-700.

Of course, Benda has yet to announce official specs and pricing for its future models, but if a turbocharged small-displacement sportbike is involved, you know we’ll get you the latest when it’s available.