There’s An Updated Jawa Forty Two In The Works 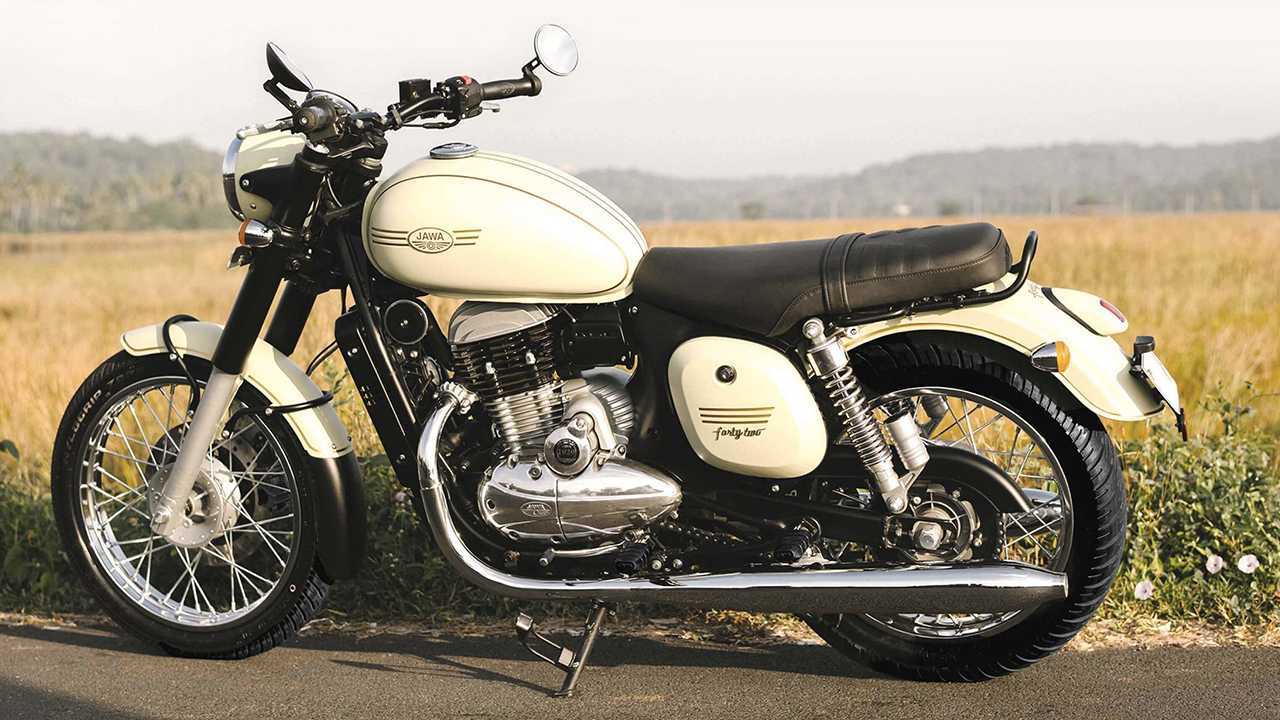 Most of the recent motorcycle updates we’ve covered over the past few months had something to do with the Euro 5 emissions standards that took effect in January, 2021. This means that as of January 1, every new motorcycle in the showrooms has to be compliant.

Early in 2020, Indian bike makers went through a similar crunch as the new BS6 regulations (similar to Euro 5) rolled out in April, which created a rush of motorcycle launches early in the year. Despite its smaller scale, historic brand Jawa went with the program like everyone else and started delivering its compliant bikes in the spring. While the Jawas have all been updated for 2020, it looks like the company has more changes in mind for 2021.

AutoCar India shared pictures of what looks like a Jawa Forty Two test mule equipped with a few important modifications, the most prominent of which is the set of cast alloy wheels replacing the wire-spoke ones. According to the Indian publication, the new wheels could allow the bike to be outfitted with tubeless tires.

Other noticeable features on the test mule are the fly screen, the engine crash bars, and the blacked-out look with matte black exhaust, suspension, brake pedal, and hardware. AutoCar writes that this is an updated version of the model which is a plausible assumption. That being said, the blacked-out components, fly screen, and alloy wheels look like they could be part of a higher trim level or a special edition of some sort. Unless Jawa is dropping the whole chrome aesthetic. New year, new Jawa, maybe?

Since the bike looks just about ready for the showrooms, the Indian media expects the new Jawa Forty Two to launch sooner rather than later though the company has yet to confirm anything.

Rolling Out The BS6:

The BS6 Bajaj Pulsar Sees Yet Another Price Hike