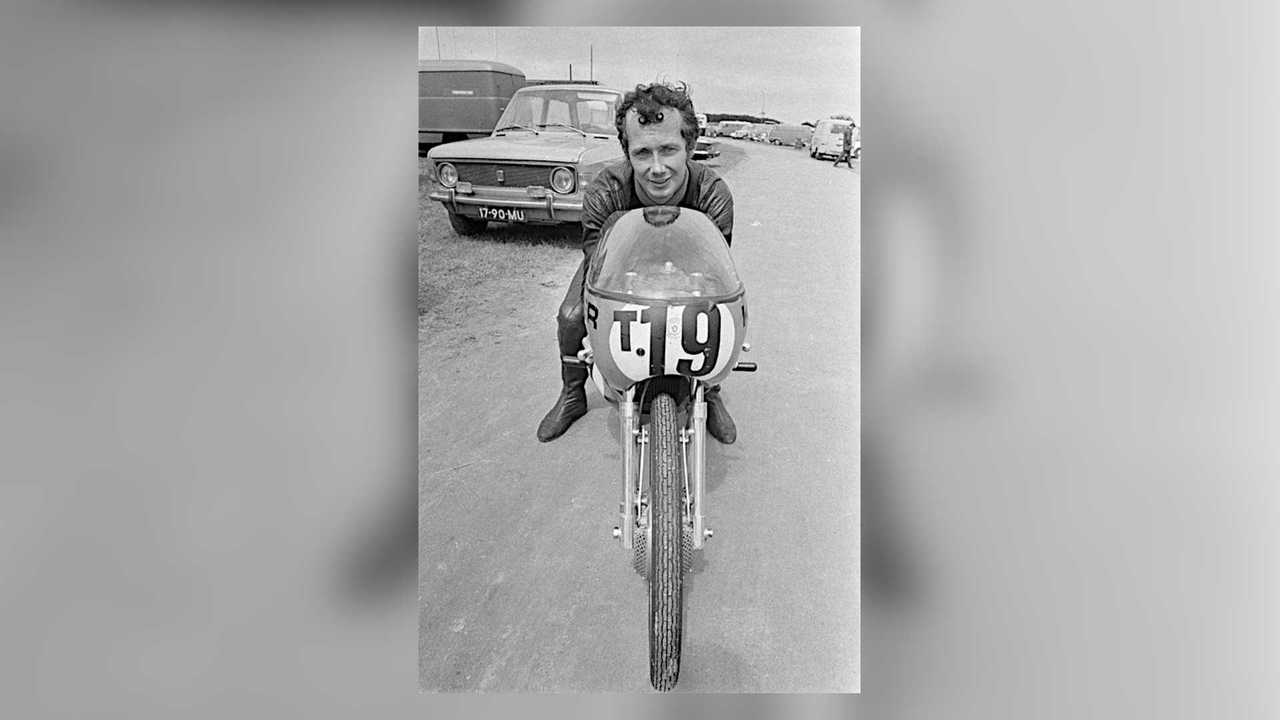 Most successful Dutch moto racer of all time.

Dutch motorcycle racer Jan de Vries died of cardiac arrest in his hometown of Purmerend on January 14, 2021. He was 77. De Vries—to date, the most successful Dutch motorcycle racer to compete in solo classes—began racing in the 1960s. He won his first-ever FIM 50cc world championship astride a Van Veen Kriedler in 1971. He won that same championship in 1973 as well, and would have won in 1972, save for one complicating factor.

That factor was the legendary Spanish racer Angel Nieto, who raced neck-and-neck with de Vries throughout the 1972 season. In a breathtakingly rare coincidence, both de Vries and Nieto were tied just as close as could be when that season finally wrapped. They’d each scored exactly the same number of points, wins, and podiums. How often does that happen?

Clearly, the FIM had to go even deeper into the numbers to make their final decision about who would win the 1972 championship. After all was said and done, Nieto’s actual finish times in his races were shorter than those of de Vries. Thus, the FIM crowned Nieto the 50cc champion for that year, but could you get any closer than that?

De Vries also competed five times in the TT Assen, although he never won it. He finished that race on three occasions, in 1969, 1970, and 1972, an accomplishment in itself. As a result, he returned to the 95th anniversary celebration of the TT Assen in June, 2020, to ride a lap of honor around the circuit.

After de Vries retired from racing, he became a renowned motorcycle tuner. He even worked on one-time rival Angel Nieto’s bikes in the ‘70s. Nieto had previously raced with Derbi, but moved to Kriedler to contest the world championship. That’s when the two former rivals reunited in their shared team garage.

We at RideApart send our best wishes and condolences to everyone who loves and remembers Jan de Vries and his motorcycle racing career fondly.

King Of The Baggers Calendar Extended To 5 Events In 2021
⠀