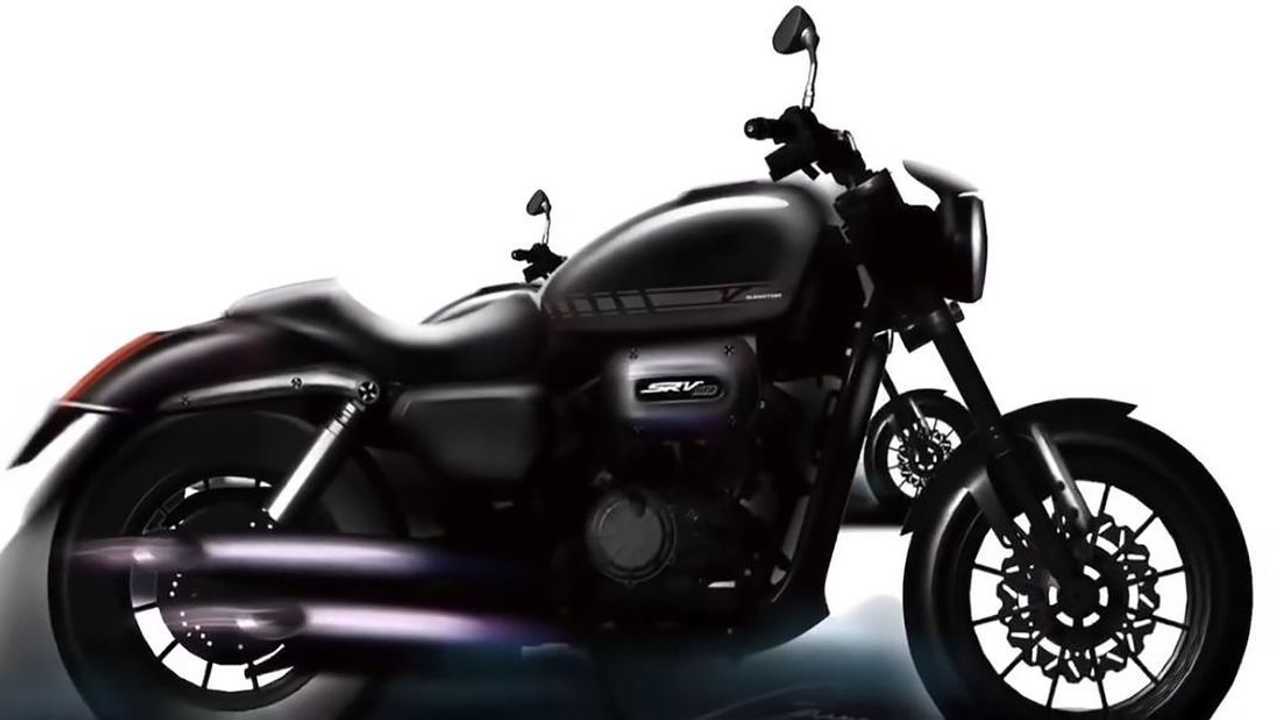 We've known about the Harley-Davidson HD350 for some time now. The baby Harley, built in conjunction with partner Qianjiang Motorcycle, is an attractive looking flat tracker intended for Asian markets. Renderings just released by Qianjiang reveal a new model that looks quite a bit more like a traditional Harley than the HD350, raising the question of whether this may be a second collaboration between the two companies.

While former Harley-Davidson CEO Matt Levatich had big plans to expand the company's offerings, his replacement, Jochen Zeitz, has scaled these back to focus on Harley's traditional market. The possibility exists that perhaps Harley and Qianjiang had begun collaborating on a tiny cruiser for the Asian market, but stopped once Zeitz took over and Harley changed gears. Qianjiang could have forged ahead and completed the project on its own.

We don't know much about this bike, other than a couple of pictures and that it is called the QJMotor SRV300. The 300 likely indicates its approximate engine displacement, and it would be reasonable to assume it uses the same 338cc Benelli V-twin as the HD350. Personally, I think the "SRV" part of the name is a subtle reference to Stevie Ray Vaughan to kick up the American-ness of the bike a bit, but that's just my opinion.

Regardless of its origins, the SRV300 would be positioned well to compete with the Hyosung GV 300 S Aquila and the Benda Motors Jinjira 300, both of which are similar small cruisers popular in Asia. Even if Harley was not involved in its creation, there's no denying the strong Sportster influence in its design, perhaps with a dash of the Street series to modernize it a little.

Even if Harley is involved and planning a Harley-branded version of this bike for Asia, chances are somewhere between nill and none that we will see it in North America. If Harley fans consider an 883 Sportster to be too small, there's no way a Harley 300 would sell here.

Not A Baby Shark:

Is The Baby Harley HD350 Project Still In The Cards?
++