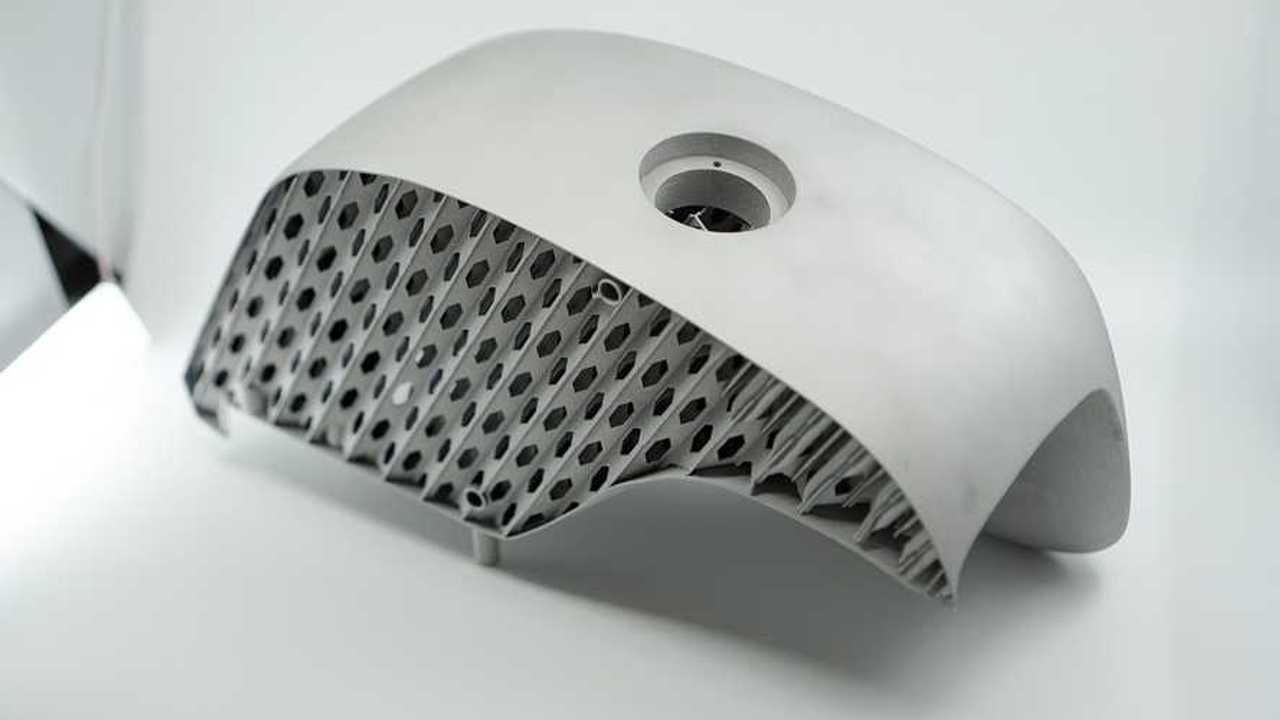 The second crash is your body against the bike.

Motorcycle safety has come a long way over the past few decades. More people are wearing helmets and other riding gear. Bikes have introduced electronic aids like anti-lock brakes that help the rider stay in control. (They would have prevented my recent crash.) There is one area of motorcycle design that has not changed, however, and continues to be a safety hazard on some modern motorcycles: the gas tank.

In a typical crash where the motorcycle crashes into something, like a car or a guardrail, the bike stops, but the rider keeps going. It's Newton's first law of motion: An object in motion will stay in motion unless acted upon by an outside force. Since there is no seat belt holding you to a motorcycle like there is in a car, your body keeps moving when the bike comes to a sudden stop in a crash. The first thing you hit is what is immediately in front of you, the gas tank.

The study by Neuroscience Research Australia has determined that the design of the tank directly affects how severe the injuries to your nether regions will be. Specifically, bikes with large, tall gas tanks are more likely to rearrange your junk in a particularly unpleasant way. This may seem like a gold mine of material for the types of jokes Beavis and Butt-head would make, but it's a rather serious matter. This type of groin injury can not only affect sexual function, but also the ability to urinate as well as walk.

A good example of this would be the Honda Africa Twin. Look how the large gas tank rises up sharply ahead of the rider. Even the seat matches the upward contours of the tank. It may provide a little padding, but not enough to prevent injury in the type of crash we're talking about here. In fact, most adventure and dual-sport motorcycles have a similarly designed tank. I'm sure there are at least a few readers out there who can validate this from personal experience.

Another motorcycle category at risk of pelvic injury is cruisers. Here we have the ubiquitous Harley-Davidson Road King, one of the bikes that defines this category. The rider sits so low on a cruiser that there is nowhere to go but up. Cruisers typically have a gently sloped tank, far less vertical than an ADV bike. It's still directly in front of where the rider is sitting, though, which puts the pelvic region in harm's way.

In a surprise twist, sportbikes actually tend to be much safer in these types of crashes. The reason is that the rider's body is already hunched forward over the tank, which gives the groin more of a glancing blow than a hard stop. You sit upright on adventure bikes and cruisers, which means you smack straight into the tank instead of bouncing off of it.

This was just one of several areas of motorcycle safety that Neuroscience Research Australia researched. Other discoveries include that more and more Australian riders are wearing proper gear and that overheating in gear continues to be a problem. Neither of these is a big shock. You don't hear much about gas tank design when it comes to safety, however, and they present these findings in order to bring some attention to the subject when manufacturers design their bikes.

Ask RideApart: How Do I Respond To A Motorcycle Crash?
⠀

Meanwhile, this information can do some good in another unexpected way. If you want to buy a sportbike, and your friends or family are telling you they're too dangerous, you can cite this study to build your case that sportbikes are actually safer than some other types of motorcycles. It may not be a particularly strong case, but it is a valid data point.