2021 Triumph Trident: Everything We Know 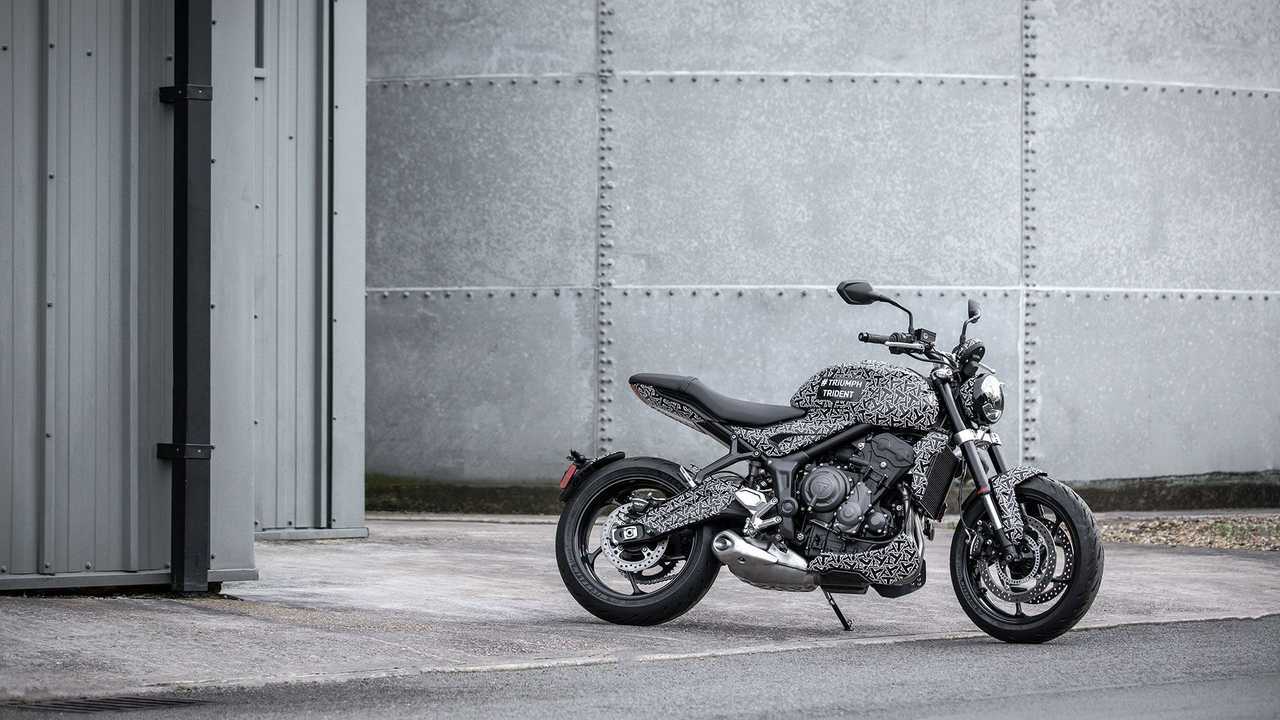 The Trident is back on October 30.

In March, 2019, the trademark for a name we hadn’t heard in a long time showed up at the UK Intellectual Property Office. Triumph secured the name “Trident” in England which got us speculating about what the British marque had in the works. It took a little over a year to get an answer to the question but Triumph finally let us in on its plan at the end of August, 2020.

Midway between its classic and more modern aesthetics, Triumph showcased the revived Trident’s prototype at the London Design Museum. Clad in feature-masking white like a modern marble statue, the concept didn’t reveal much in the way of displacement and components but it did give us our first peek at the upcoming new addition to the lineup.

A month later, Triumph shared more pictures of the new bike snapped on the track at Hinkley during its test rounds and confirmed that the bike was almost ready to debut. That was on September 29. We now know that the all-new Triumph Trident is going to debut on October 30, at which point we will be allowed to share all the really exciting stuff Triumph has put into its new entry-level model. Until we’re allowed to tell you more, we thought we’d take a look at everything we (already) know about the new Triumph.

Rumor Control: Triumph Could Be Reviving The Trident
⠀

While a name of significant importance in motorcycle history, the Triumph Trident could have been propelled to the rank of superstar had Honda not pulled the rug from under its wheels. In fact, the Trident was in the running to become the first production superbike, instead of the now-famous Honda CB750 Four.

Triumph had a working prototype ready as early as 1965, but the story goes that without any immediate threat, the Brits took their sweet time perfecting their multi-cylinder machine. Result: while Triumph managed to introduce the Trident in September, 1968, it was no match for the hype that built around the Honda CB750 Four, introduced a few weeks later. The Honda pretty much won a popularity contest despite the Triumph being earlier to the game and faster in the streets (but also more expensive).

While it (arguably) missed out on the title of the “first superbike”, the Trident marked an important turning point for Triumph as it was its first joint venture with Birmingham Small Arms (BSA) that introduced the Rocket III, the Trident’s twin.

Around 30,000 Tridents were produced over the model’s seven-year run on the market, from 1968 to 1975. The name was eventually pulled amid financial and management problems. 15 years later, the “New Triumph” (established in 1983) briefly revived the namesake in the early 90s.

A third generation of the Trident is about to launch and based on the new design, the influence for this revival comes from the 90s rather than the 60s. With its more modern silhouette, the new Trident looks more like the evolution of the 750 and 900 produced 30 years ago rather than an homage to the OG British superbike.

Like its 90s predecessor, the new Trident will run on a three-cylinder engine. That’s about as much as Triumph was willing to disclose about the new bike—we don’t get any displacement and power figures before the end of October. Like the triples in the Street and Speed lines, the engine on the test mule shows the signs of a dual overhead cam and a similarly “T”-branded cam cover. The maker promises “class-leading technology as standard” and “triple-cylinder power and torque-rich performance”.

Upon closer inspection of the test mule in the pictures Triumph shared, we were able to determine that the bike is equipped with Nissan brake hardware with two discs up front, a single one at the back, and ABS. The front inverted fork is from Showa while support at the back is provided by a monoshock (no brand visible). The cast wheels are clad in Michelin Road 5 tires and from what we can tell from the pictures, we’re looking at 17-inch rims—at least at the front.

The model is also equipped with a round TFT display and LED lighting at both ends. We also know that the bike will set a new entry-level benchmark for the manufacturer, which means something more affordable even than the Street Twin.

Everything from the price point, the power figures, the dimensions, and the weight we will get to share with you on October 30, 2020, so stay tuned to find out more!