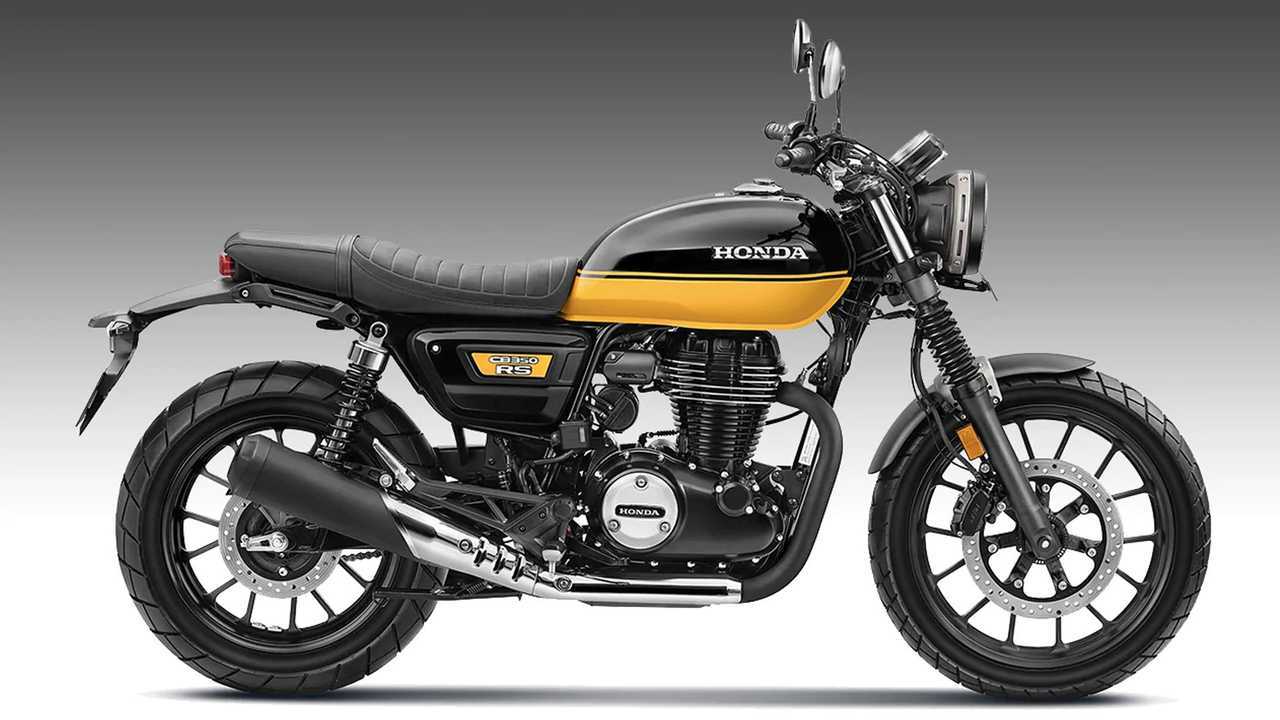 This week's RAW: the new Honda CB350 RS is here, we compare the KLR650 with the Ténéré, and we look at the best types of tire plugs.

This week, we check out a super-convenient pop-up camper for motorcycles, we meet the new CB350 RS, we compare the new Kawasaki KLR 650 with the Yamaha Ténéré 700, and we take a look at the best plugs for motorcycle tires.

Here's A Pop-Up Motorcycle Camper To Roll Through 2021

While a roll-up tent is possibly the more versatile option if want to try your hand at moto camping, for those living the camper lifestyle, something a little sturdier and more comfortable is required.

For Two Wheels Big Life couple Rich and Chris, that little something sturdier is a practical pop-up camper. It can easily be towed by a motorcycle and provides more creatures comfort than a standard tent.

Only a few days after the new Honda CB350's debut, there was already talk of a café racer and a scrambler version in the works. Honda’s Indian branch later confirmed the rumor when it sent the teaser image of a new CB350 variant to the local media, inviting people to tune in on February 16, 2021, for the launch of a new family member.

That's when we met the all-new Honda CB350 RS, or what happens when the little CB gets the scrambler treatment. Honda gave the bike a few upgrades to make it look a little sportier and more off-road-ready. All the underpinnings are the same as the base CB350, from the double-cradle frame to the 348cc thumper rated at 20.7 horsepower and 22 lb-ft of torque.

How Do The New Kawasaki KLR650 And Yamaha Ténéré 700 Compare?

For adventure and dual-sport riding enthusiasts, the comparison between the new Kawasaki KLR650 and the Yamaha Ténéré is a no-brainer. Both bikes take a minimalistic approach to adventure riding, equipped with minimal technology and assists to keep the experience as simple as possible.

YouTuber Adventure Bike Troop put them head to head for what he calls a fair comparison to try and figure out which one stands out.

Part of Harley-Davidson's new strategy includes relying more on the sale of paraphernalia. In an effort to have better control over the sales of brand gear and apparel, the Motor Company is notably considering ditching Amazon. CEO Joceehn Zeitz apparently told Bloomberg that the company is instead considering building its own online store that involves the dealers.

We Get To Hear The Upcoming Royal Enfield Cruiser 650's Note

There's been a third Royal Enfield 650 model making the rounds for a few months now. The cruiser version of the parallel-twin platform is one of the bikes we can expect Enfield to launch in the upcoming months.

A seemingly production-ready test mule was spotted yet again and India and this time, it was captured on video which allows us to see it in action and to hear the delightful note coming out of the pipe.

Women's Motorcycle Conference Online Is Leveling Up In March 2021

This 1975 Honda CL360 Crate Bike Is A Literal Time Capsule

We always like a good crate bike story. Because they've never been used, they're quite literally time capsules of their era.

This particular 1975 Honda CL360 was assembled by Garrett Honda in Louisiana in 1978, then put back in its shipping crate for safekeeping. In 2020, the current owner bought it from the son of the original dealer, who had stored it at his home since 2000. It appears to have never been put on the road. Though the odometer is at zero, the bike would need a bit of love if someone eventually considered christening it. If not, it's a beautiful keepsake to collect.

2021 Honda X-ADV Launched In The Philippines

Honda updated the popular X-ADV for 2021 and has now launched it in the Philippines. Coming in at PHP 803,000, or the equivalent of $16,000 USD, the new adventure scooter from Big Red features a host of notable updates.

The new X-ADV features a revised seat, which comes with a slightly narrower inseam making it easier for shorter folks to straddle the scooter with both feet on the ground. It also gets a five-way adjustable windscreen, new handguards, and a sump plate for extra protection and durability in off-road situations.

At the heart of the 2021 Honda X-ADV is a 745cc liquid-cooled, parallel-twin engine fitted with an 8-valve cylinder head. The engine is rated for 57 hp and50.89 lb-ft of torque making for a comfortable yet nimble ride on city streets, highways, and light off-road duties.

How Not To Ride A Harley-Davidson Road King Off-Road

There's no such thing as a bike that can't be taken off-road. Sure, some bikes will put up a bigger fight than others and will likely make you regret your decision to head off the beaten paths but ultimately, you'll also end up with the coolest story to tell.

That's precisely the decision YouTuber Million Dollar Bogan made when he decided to hit the trails with the most unlikely bike possible: a Harley-Davidson Road King. The bike is neither light nor nimble but somehow, the guy made it work.

Honda Is Off To A Strong Start For 2021 In India

Among the multiple strong contenders in India's extremely lucrative motorcycle Industry, a world giant continues to make its presence felt in the midst of the market's largest competitors.

Honda Motorcycle and Scooter India (HMSI) has taken its world-class engineering and build quality into the Indian market, with both big and small bikes selling like hotcakes over the past years. In fact, in January of this year alone, the Japanese manufacturer recorded a massive sales figure of 416,000 units in India alone.

Which Type Of Motorcycle Tire Plug Works Best After A Flat?

Dealing with a flat tire can be a pain in the neck, but then what type of plug should you consider if it's something you can fix yourself? The team at FortNine decided to compare the different, more mainstream types of plugs most people can install themselves. They all have their perks, but also their disadvantages.