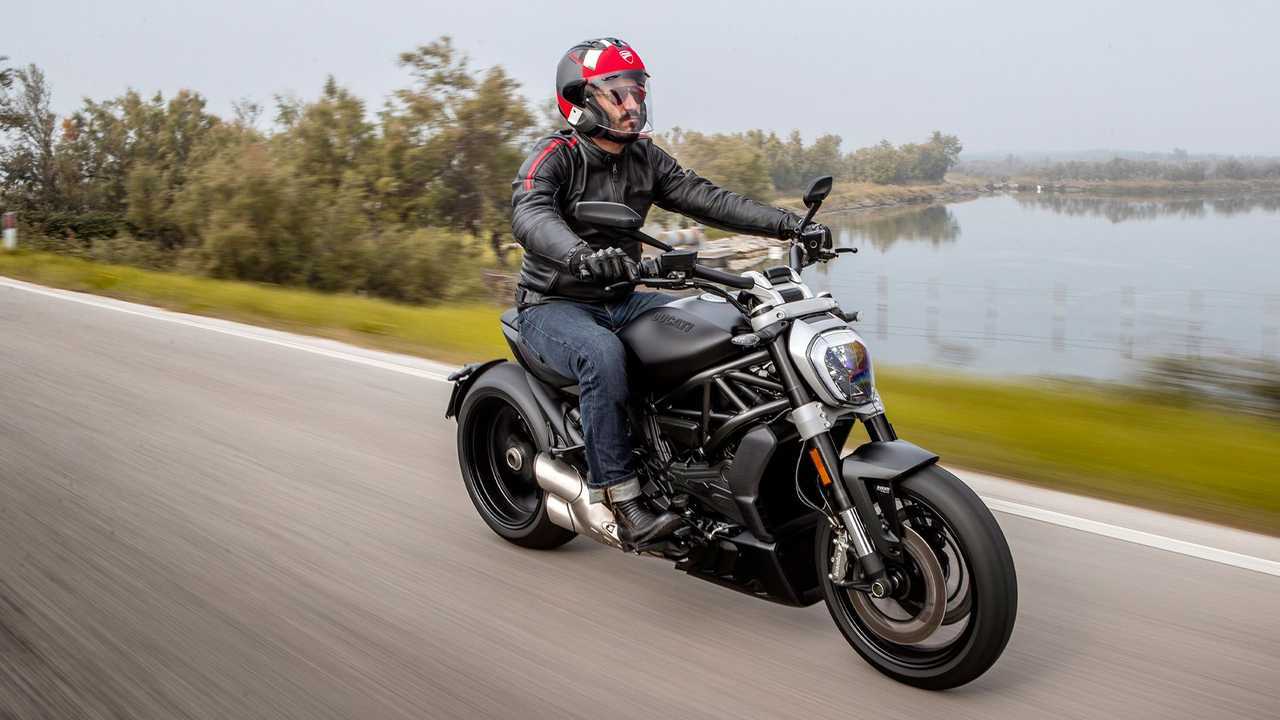 This week's RAW: we look at all the cruisers coming in 2021 and there's a new KTM 1290 Super Adventure coming.

This week, we check out all the new cruisers coming in 2021, Hyosung launches a baby cruiser, KTM teases a new bike, and the first Indian electric bike goes out for a spin.

2021 Aprilia RSV4 And Tuono V4 Have Clearly Been Working Out

Though 2021’s new cruiser harvest isn’t as plentiful as 2020’s, the bikes coming this year are possibly more important and, dare we say, more exciting than anything introduced last year.

This year, we're getting a new Honda Rebel flagship, a new Harley-Davidson muscle cruiser, and a Royal Enfield 650 twin-powered triplet.

We typically associate cruisers with the big and heavy V-twins produced by U.S. companies. Models like the Indian Springfield and Harley-Davidson Softail Heritage immediately come to mind.

Some Asian manufacturers are tackling the segment, including Korean-based Hyosung, popular for its small-displacement bikes. The new Aquila GV125S looks like a cross between a Honda Rebel and a Harley and it just works!

Rider Tells Us Why We Should Buy Electric Motorcycles

Electric motorcycles can be a bit of a tough sell. They are (usually) as expensive if not more expensive than regular bikes, provide a far more limited range, and can take a few hours to "fill up".

For YouTuber Smightification, however, his new electric bike—a Zero SR/F—is the perfect commuter and one he encourages us all to adopt.

Is the Yamaha F-155 Concept The Most Badass Moped Ever?

Scooters are one of the most popular means of transportation in the world. They're small, versatile, practical, cheap, and can park anywhere. Convenience usually comes at the cost of looks and while some scooters break the boring mold, the results often all look the same, with varying degrees of coolness.

Not for Yamaha, however, who decided to make the scooter cool again with its F-155 moped Concept that spices things up in the otherwise vanilla segment.

Team Orange posted a teaser image on its European websites with the quote “The World Gets Smaller” and a countdown to January 26, 2021. What bike can we expect to see? It looks like we could about to meet the long-awaited KTM 1290 Super Adventure, armed with the brand's first radar cruise control. Some publications suggest we'll also get a new Super Duke RR. What's your guess?

The baby Dukes didn't need too much work to remain up-to-date so KTM didn't overdo it with the updates. Aside from compliance, the two new model-years also get a new selection of colorways.

It looks like there might be trouble in paradise. On January 9, 2021, the FBI confirmed that back in December, 2020, officers raided the Ducati North America head office in California as well as the house of several executives. It's unclear what the situation is about, but reports suggest this could have something to go with some financial crimes. We'll keep you guys posted.

Honda grabbed everyone's attention in September, 2020, when it introduced the revived CB350. At the time, the bike launched with a relatively affordable starting price, but it didn't take long for Team Red to crank things up.

With the H'ness' new price structure in place, the Royal Enfield Meteor 350, which is its direct competitor, is now more affordable and appealing as it offers better equipment for less.

When Ultraviolette announced it was planning to introduce the first Indian-built, high-po electric bike, we welcomed the news with careful enthusiasm. After all, the number of electric startups has exponentially increased in recent years but only a select few actually make it to the market.

It looks like Ultraviolette will be one of them. Things are seemingly on track for the company that shared a video of its bike, the F77, in action.

We've never been closer to the start of the new riding season! For some of us, this means they'll soon have to shop for a new motorcycle helmet—whether it's their first or their 5th. The good news is that there are some really solid options out there that don't cost an arm and a leg. We found 14 reasonably-priced and well-rated helmets for you.