Your guess is as good as ours.

The Milan Motor Show is just around the corner and this is the last sprint for manufacturers to give us a taste of what we can expect to see on the Italian stage next week. Royal Enfield that’s been keeping pretty busy with the Twins has now hinted that it’s preparing something special for EICMA and it looks like it might be a new model. 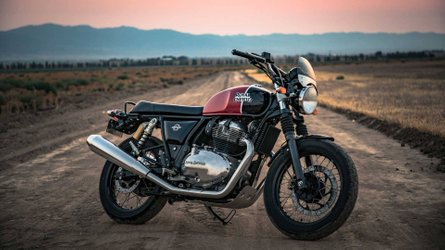 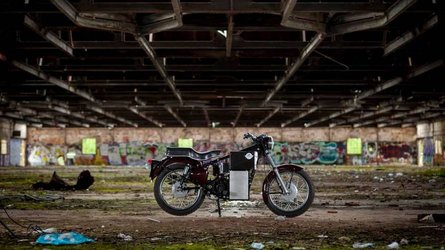 The image of a bike under a black sheet shared on the manufacturer’s Instagram account is all we have to work with at the moment, but it’s enough to get us guessing. The handles “ridepure” and “puremotorcycling” have sparked speculations that Royal Enfield might be going for a more classic silhouette.

The stretched out and low profile, with the cantilever seat resting on the rear wheel guard, the wide handlebar, and round headlight suggests the company might be going for a little something different: we could be getting a Royal Enfield bobber. This would represent a pretty clean cut from the brand’s signature classic retro look.

Reports suggest that the new model could receive the same 650cc twin-cylinder engine as the new Interceptor and Continental GT. This could either be a “bobbified” version of the Twins or a different platform altogether, some suggesting it might be a new Classic 650. Notice the recurring 650. It would make sense for the newcomer to sport the new engine considering the 650 twin has shown a lot of promise and has received positive reviews so far. It wouldn’t be a farcry to think RE could take full advantage of its successful powertrain and adapt it to a different model or platform. Will the Twins become Triplets?

One thing we know for sure is that like most Royal Enfield models, this newcomer will most likely look awesome. Until the new model’s official unveil on November 6, we get to take the wildest guesses at what’s coming. What do you think RE is cooking?