Will he race again? Won’t he? The saga endures

At the beginning of the month, Moto2 racer Romano Fenati made the headlines for pulling competitor’s Stefano Manzi’ brake lever going 140 mph on the track. Like an angry kid pinching his annoying friend, Fenati obviously had some issues dealing with his anger on that day and it ended up costing him dearly. The kid got fired from his team and even announced to the world he would quit racing forever. Turns out the whole “never racing again” spiel might simply have been a whiny rant. 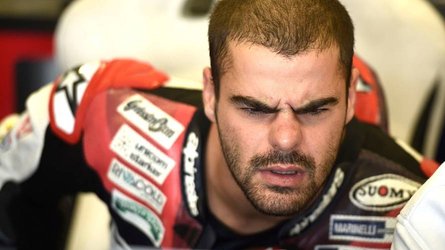 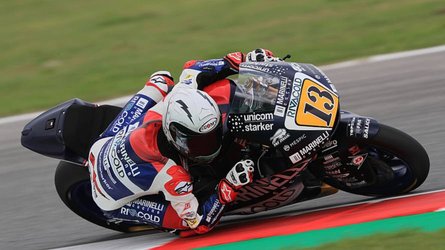 The FIM announced on Friday that Fenati’s racing licence has been revoked for the remainder of the 2018 season. He could be issued a license for 2019 provided certain conditions are met. Earlier this week, the sentence had been set at a two-race ban which would have allowed Fenati to get back on the track in Japan—provided he had a motorcycle to race on.

Was Fenati pulling a big act when he announced earlier in the month that he would leave racing forever, or was he talked back into doing his time in the cell of disgraced, and take whatever saddle he could be offered next year? Following the incident, Fenati lost his saddle with Snippers and his contract for the 2019 season with MV Agusta Forward Racing.

Fenati was quoted by the Italian media La Repubblica earlier this month saying that he wouldn’t race again, that nobody understood his pain, that he wasn’t a man in dealing with his anger, but that Manzi could also have killed him.

Talk about drama! We get it: he screwed up, made a terribly bad decision, is paying a hefty price, and is under fire for it. He formally apologized, which hasn’t kept the world from pointing fingers at him and threatening him, so he felt the need to point out that there’s a reason he acted this way. Justifiable? Not. Understandable? Maybe.

That being said, we’re unsure at this point whether Fenati will show up in his leathers next year. Some people would rather see his head on the stake, of a lifetime ban, but the way I see it, kids are stupid and do stupid things. So, will it be the school bench or the motorcycle saddle for the 22 year-old?