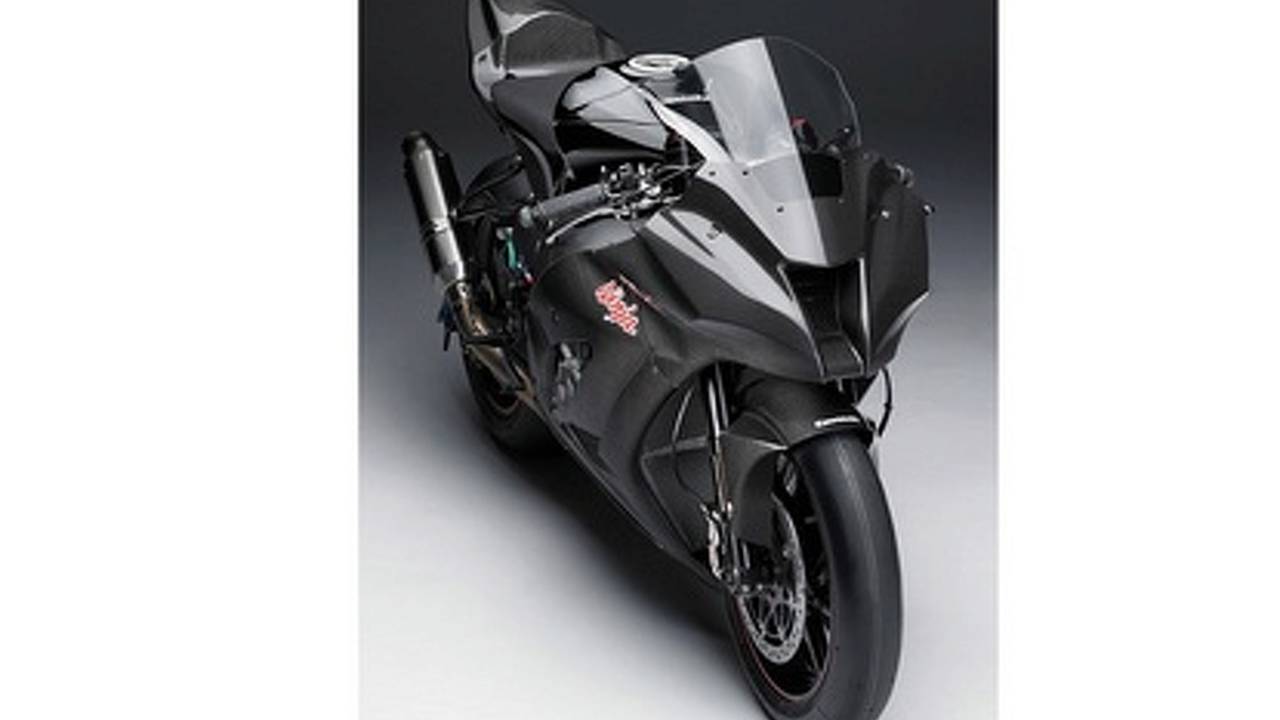 Here it is, the first photo of the 2011 Kawasaki ZX-10R, unpainted and in race trim, ready for testing at Suzuka. Two numbers from Kawasaki: 190bhp, 198kg. Big numbers indeed, compare them to 188bhp and 179kg (dry) of the 2010 model or to the 193bhp and 204kg (wet) of the current king of the superbike hill, the BMW S1000RR.
>
Assuming that the 2011 ZX-10R's 198kg quoted weight is wet, that compares well to the S1000RR, even if the power's till not quite capable of matching the F1 valve technology of the Bimmer. The problem is, there's no word as to which bike that weight applies to; this carbon and no headlights race bike or a full-equipped road bike? Kawasaki plans to test the new Ninja at Suzuka later this week, expect more official images and info to "leak" then.

Player 1, Kawasaki: "This design is an expression of its cutting-edge innovation and beauty."

Player 3, Wes Siler: "All we're really seeing here is some folded-paper plastic on top of a distinctly conventional motorcycle."