After skipping 2010 entirely, Suzuki's back with some really exciting news. Are you sitting down? OK, wait for it...the Hayabusa's getting some slightly revised graphics!!!1! Other highlights of a not-so-new range included tacking a "2011" to the names of a bunch of already existing models. Perhaps most worryingly, this is the 50th anniversary of motorcycle racing for Suzuki and there's absolutely...

After skipping 2010 entirely, Suzuki's back with some really exciting news. Are you sitting down? OK, wait for it...the Hayabusa's getting some slightly revised graphics!!!1! Other highlights of a not-so-new range included tacking a "2011" to the names of a bunch of already existing models. Perhaps most worryingly, this is the 50th anniversary of motorcycle racing for Suzuki and there's absolutely no mention of anything bearing the GSX-R monicker. What the hell is going on here?

Update: Suzuki's responded with an official statement, you'll find it below.

A statement from Suzuki:
As we all know, this economic downturn has caused many companies to alter their business strategies and make a great number of tough decisions. Many people have their own opinion on how each company should make those decisions and Suzuki always welcomes their opinions. Ultimately though, each company has to stand on its own two feet and make the decisions that they see fit--especially the tough ones.

At American Suzuki, we are fortunate enough to be supported by a financially stable company such as SMC, which produced a net profit in both 2008 and 2009 fiscal years during the worst recession we've seen since the Great Depression. While many have questioned our decision to import only select 2010 product, we felt it was critical, now more than ever, to support our dealer network and continue to manage production to match the ever-changing market needs.

Our latest introduction of 2011 product is actually our third so far and our largest launch of product for the year. And as we have it listed on suzukicycles.com "And that's just the beginning..." As the summer ends Suzuki will continue to satisfy our customers with further exciting announcements.

In regards to racing and our racing heritage...Suzuki is very honored to celebrate our 50th year of international racing this year. And American Suzuki Motor Corp is proud of our product and racers that lead the point standings in many USA racing circuits. Suzuki is honored to give back to USA racing fans by supporting AMA Superbike, Daytona Sportbike, AMA Supercross, AMA Motocross, AMA ATV Motocross, GNCC ATV and GNCC Off-Road.

As a matter of fact, we recently produced a limited run of commemorative 50th Anniversary stickers to celebrate our race efforts and numerous championships over the years. The first 50 to mention "Suzuki 50th Anniversary" on our SuzukiScoop facebook page will get a sticker. Thank you for your continued support of Suzuki products.


The long and short of it is: Suzuki's in dire financial trouble. After Suzuki Motor Corporation's 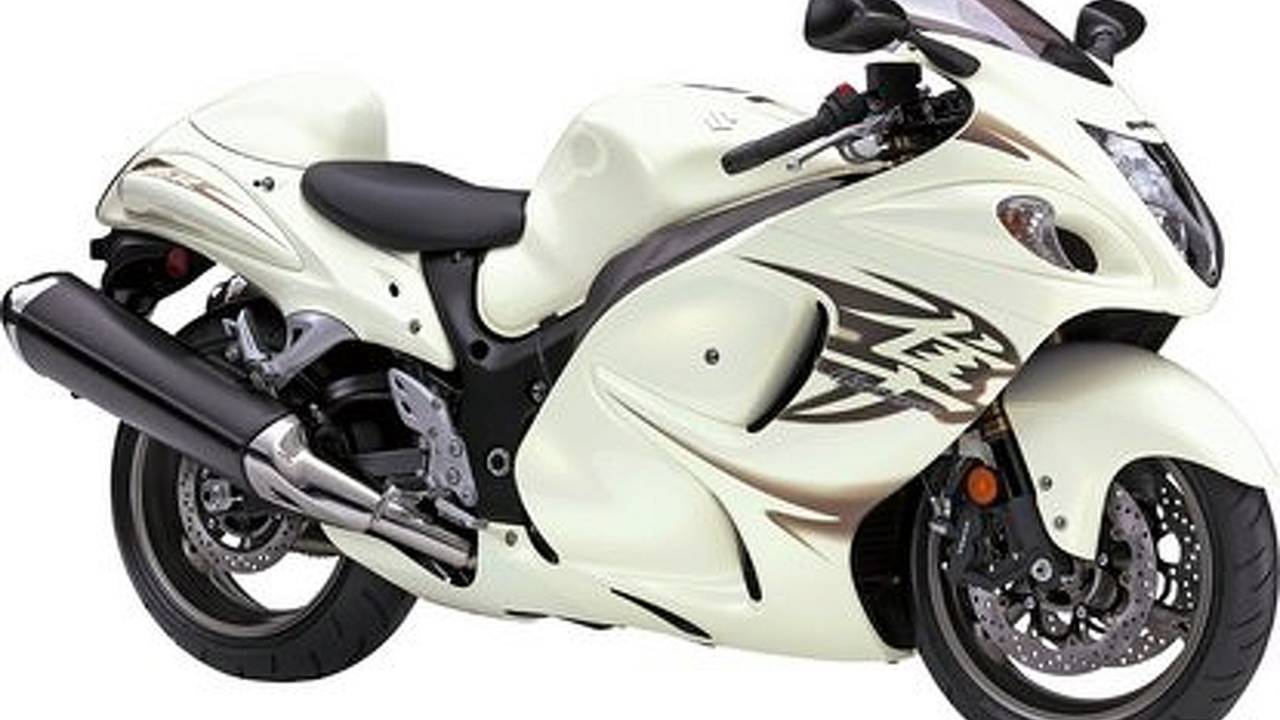 We suppose the mere presence of models marked "2011" is a small positive sign, at least indicating that dealer stocks of identical 2008 and 2009 model year bikes have been depleted to the point where new models can be introduced. Still, with no major upgrades, bikes like the 2011 'Busa are going to face stiff competition not only from competing brands, but from heavily discounted unsold bikes from previous model years and low-mileage used bikes that buyers who can no longer afford the finance payments are flooding the market with.