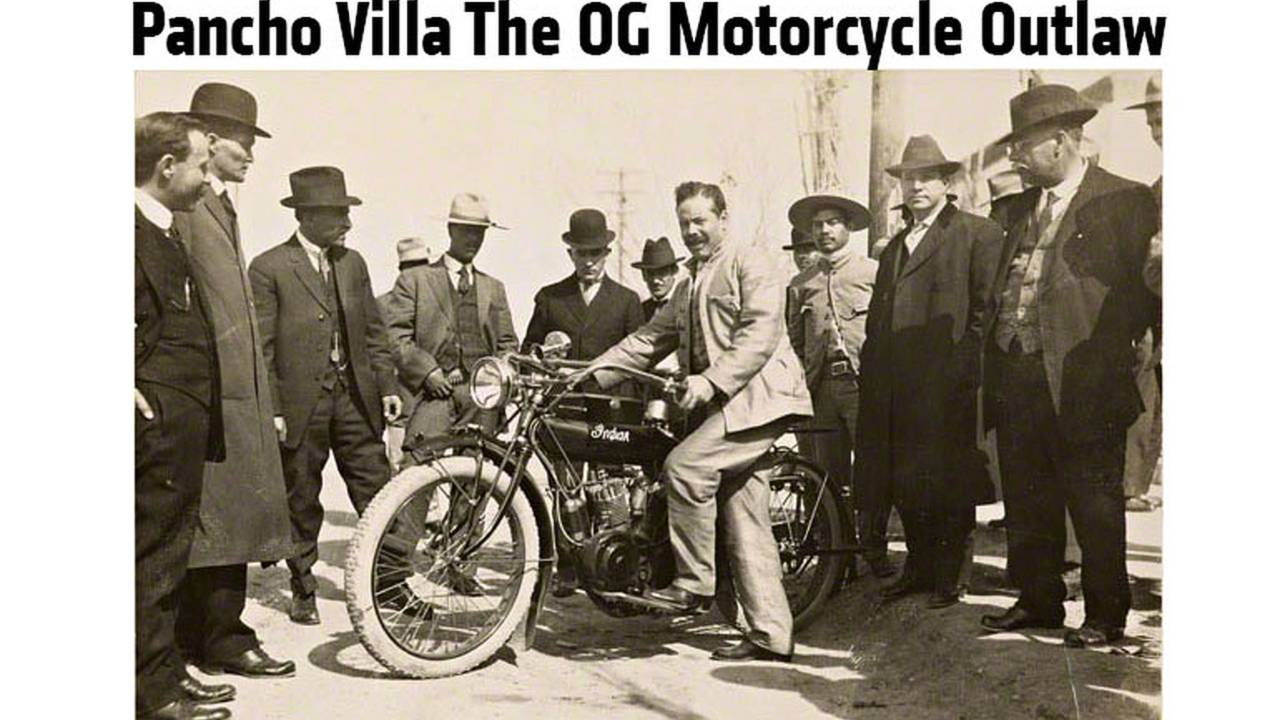 Happy Cinco de Mayo; you should thank Pancho Villa for being an outlaw and making the US enlist motorcycles into the military.

In light of Cinco de Mayo, or drinko as it's become in America, Pancho Villa may be one of the most notorious Mexican outlaws (or liberators depending on your perception) in the world. But we have to thank him for motorcycles in the military.

Did you know he had a personal love affair with motorcycles? Odds are, no. Luckily we were able to locate a photo of Mr. Villa and an iconic 1914 Indian Hendee Special. According to official reports, Villa loved to use motorcycles like the Indian Powersport to be specific, to conduct his raids. One such raid was in the town of Torreon (a town in which he successfully captured in 1914).

In one big way, you can thank Pancho Villa for making the US Military integrate motorcycles into service. If it weren't for his raid in New Mexico, the motorcycle possibly wouldn't have been enlisted until WW2.