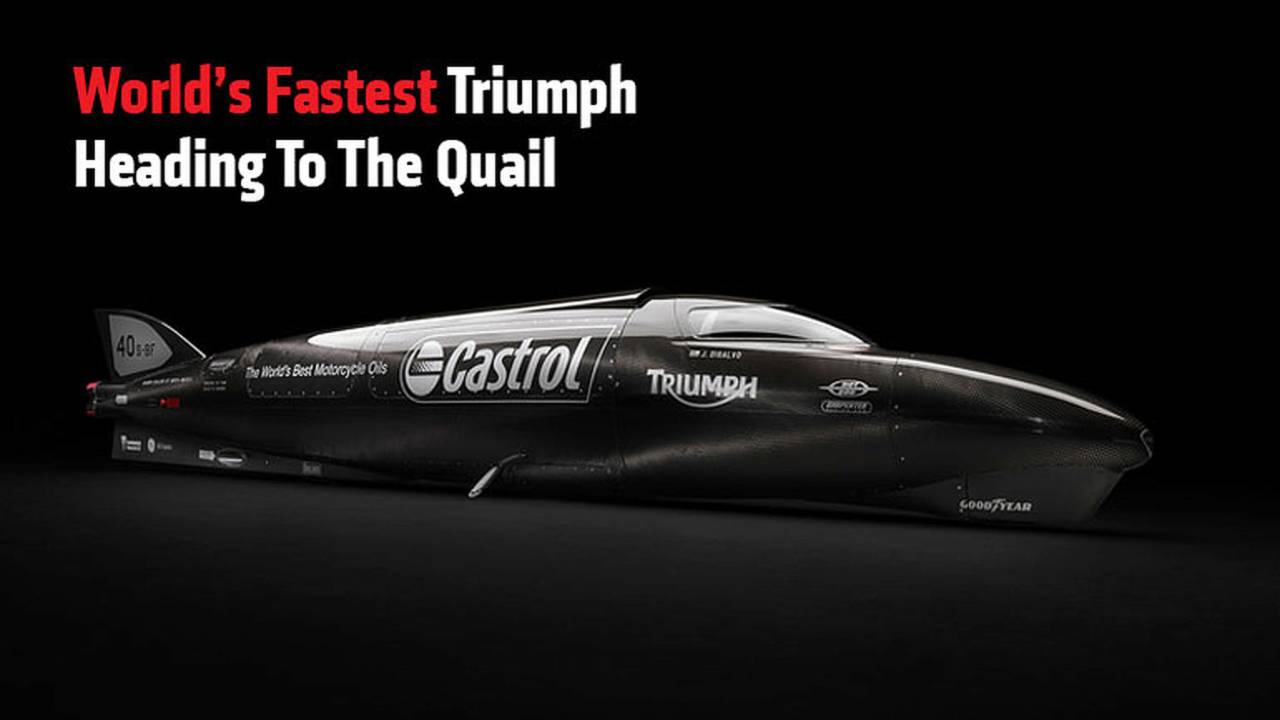 The world's fastest Triumph is heading to the legendary Quail Lodge in Monterey, CA for one of the most prestigious and eclectic motorcycle shows in the US.

In 1965 a streamlined Triumph christened the Gyronaut X-1 set a motorcycle world speed record at Bonneville’s famous salt flats with a top speed of 212.689 MPH. The Gyronaut X-1 was powered by two Triumph motors in a single chassis, and produced about 130 horsepower.

The record would stand just one year before the bike’s builders Bob Leppan, Alex Tremulis, and Jim Bruflodt returned to Bonneville in 1966 with an improved X-1 (the original suffered from an unfortunate tendency to snap it’s chain) and pushed the record still higher to 245.667 miles per hour - a record which survived until 1970.

In 2013 a new 3 man team, Matt Markstaller, Bob Carpenter, and Jason DiSalvo, constructed a new streamlined Triumph which they hope will set a new motorcycle land speed record. The Castrol Rocket produces over 1000 HP from a pair of methanol burning, turbocharged Triumph Rocket engines bolted to a carbon fiber monocoque chassis built to exceed 400 MPH on the salt at Bonneville.

Both motorcycles along with more than 200 others will be on display this Saturday at The Quail Motorcycle Gathering’s  “100 Years of Speed Trials at the Bonneville Salt Flats”. British Customs organized a group ride to the event, which left from Los Angeles on Thursday May 15, 2014.

Check out the Quail Lodge website for more info - www.quaillodgetickets.com