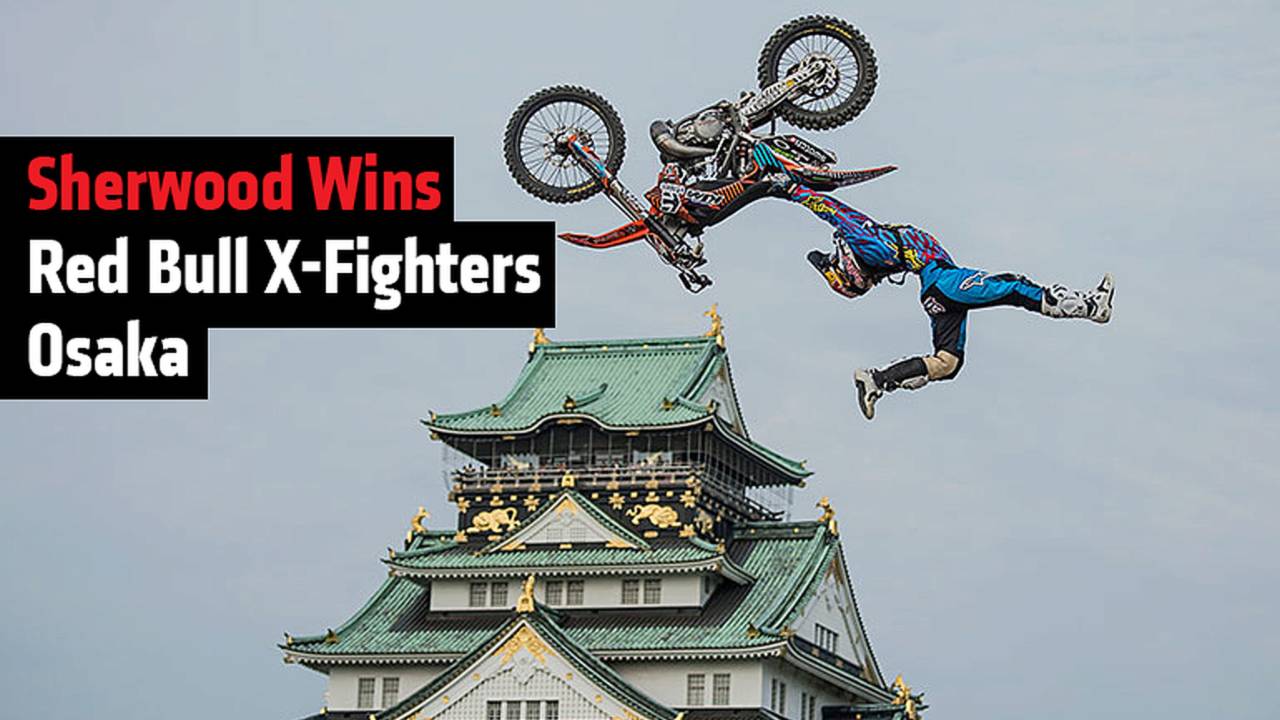 In Osaka, Levi Sherwood takes the top step of the Red Bull X-Fighters freestyle motocross podium for the second time in a row after his victory in Mexico City.

This Sunday in Osaka, Japan New Zealander Levi Sherwood took the top step of the podium for the second time in a row after his victory in the season opener in Mexico City.

In Saturday’s qualifying session Sherwood took the top spot with 83.2 points ahead of Spaniard Dany Torres and and Frenchman Remi Bizouard. “...while Qualifying is always good, you still have to pull it off tomorrow. I just want to make sure I put in some good runs” the 22 year said after qualifying, and pull it off he did. His performance this season has been dominant and Sunday’s showing was no exception.

Sherwood's run started off with a backflip and ended with consecutive supermans in front of Osaka Castle and cements the 2012 champion as the man to beat this season with a top spot in the standings in front of Bizouard.

The weekends motocross competition also saw Taka Higashino sit out qualifying due to a crash and France’s Thomas Pagès decline to compete Sunday feeling that the tight course made his risk of injury too high.