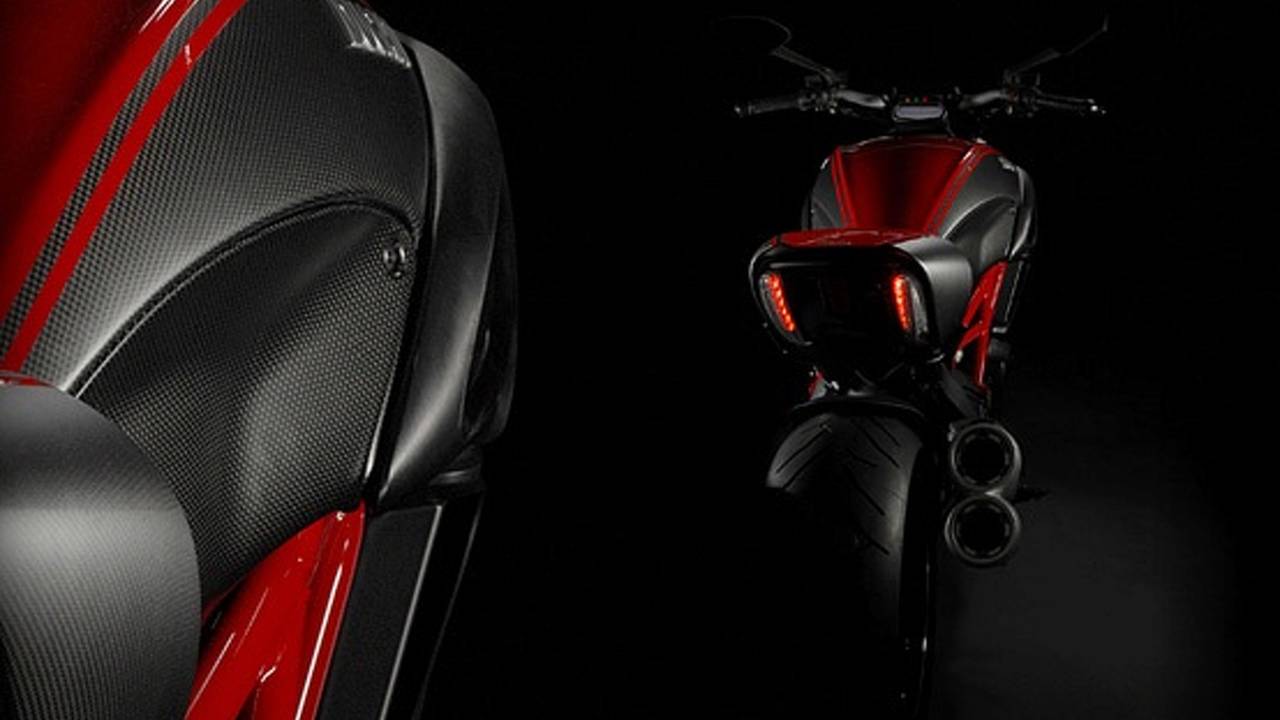 We're not entirely sure what we're looking at, but here it is.

This is the first official image of the Ducati Diavel, published moments ago on Ducati's Facebook page. What's it show us? Not much more than we've already seen; that's a 240-section rear tire, a red steel trellis frame, vertical LED taillights, cast handlebars and a digital dash. There's also specs: 207kg/456lbs to start with.

Ducati Didn’t Cheat Its Way To The Top After All

Feeling bad to the bone yet?

Ducati says the Diavel name, Bolognese for "devil" and pronounced "Dee-ah-vel," came from something an engineer exclaimed when he saw that handling-destroying rear tire. "Ignurànt comm' al diavel!" goes the legend.

Ducati isn't quoting an official power figure yet, but the Testastretta 11° engine produces 150bhp and 87.5lb/ft in the Multistrada. ABS, Ducati Traction Control and Ducati Riding Modes are listed as technical features.

These specs make the Diavel look pretty impressive, for a cruiser. Sure, it's 50bhp down on the Yamaha VMAX, but it also weighs 108kg/238lbs less. That actually gives it a significantly better power-to-weight ratio: .72:1 (bhp:kg) for the Ducati, .63:1 for the VMAX.