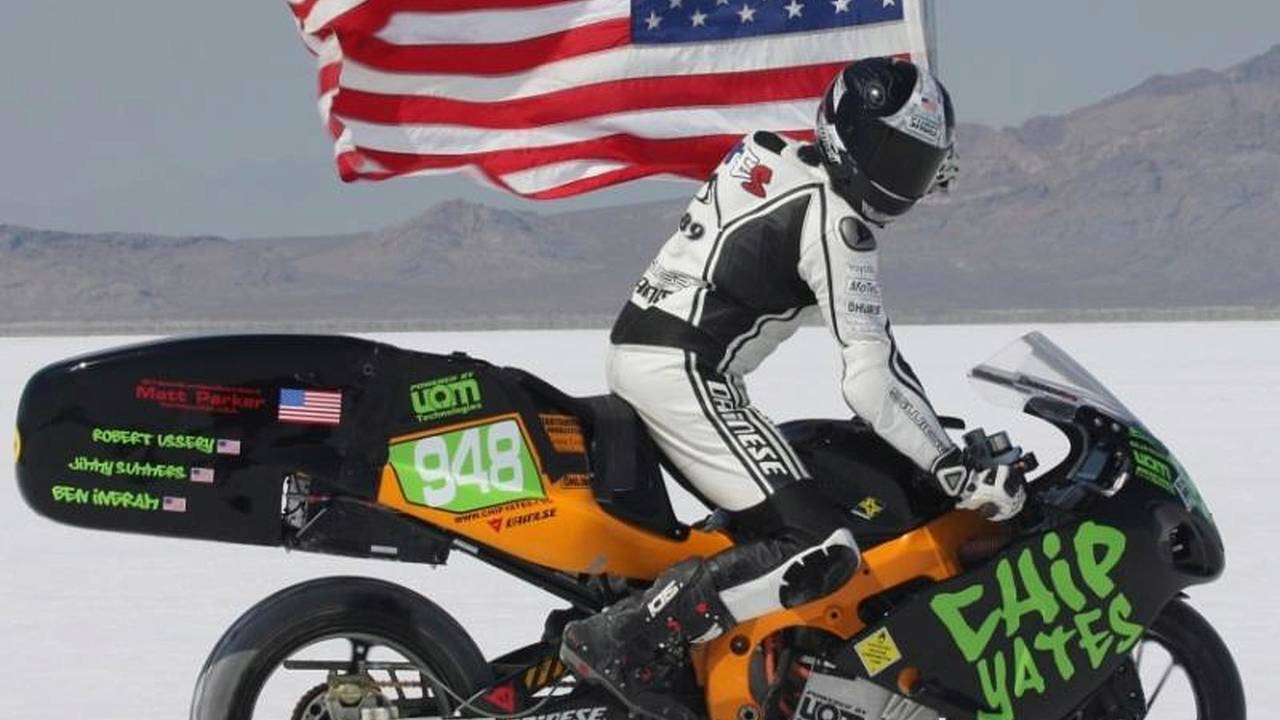 Chip Yates has had a tough week at the Bonneville Salt Flats, trying and failing to set a new outright land speed record for electric motorcycles. After a shattered drive chain and issues with his batteries putting out a sustained max amperage for minutes at a time, he didn’t manage to beat Lightning’s 215.9mph, but he did set four other records and even cross the 200 mph barrier. Here’s an exclusive first look at video of Chip and his team doing just that. Including a high speed crash through a distance marker, it’s dramatic.

Here’s the records Chip did set:

And he asked us to include these notes:

1.  All 4 FIM and 4 AMA Records on the same SWIGZ.COM electric superbike chassis and motor, just with bodywork and parts removal for weight changes.

2.  Peak speed was "only" 200.7mph due to battery problem plaguing the SWIGZ team all week.

3.  All records SUBJECT TO FIM RATIFICATION according to FIM 018-30 "Publication of Results and Advertising"

4.  On Thursday, September 1, 2011, Chip Yates announced the retirement of the electric superbike from active competition as well as his own retirement from professional motorcycle racing.

5.  Chip Yates and the SWIGZ.COM Pro Racing Team extend their heartiest congratulations to the Lightning Electric Motorcycle Team for their incredible S.C.T.A. run of 215.907mph.