Regarding my challenge to Indian

One week ago, motorcycle designer and custom builder JT Nesbitt proposed a challenge to the new owners of the Indian brand, Polaris. He was hoping that by doing so, he could encourage them to build anything but a boring cruiser and instead build the kind of motorcycle our country could be proud of. Here’s what came of that. — Ed. Photo: 02Dooce Yes, today I am the sad clown. I just got of...

One week ago, motorcycle designer and custom builder JT Nesbitt proposed a challenge to the new owners of the Indian brand, Polaris. He was hoping that by doing so, he could encourage them to build anything but a boring cruiser and instead build the kind of motorcycle our country could be proud of. Here’s what came of that. — Ed.

Yes, today I am the sad clown. I just got off the phone with Victory Motorcycles. I made point of calling them, to be sure that I got a personal response. They weren’t very happy with me and confirmed what we all knew, that Polaris Industries has declined my challenge to a test of lap times.

One critical piece of information, however, is that the CEO of Polaris Industries, Scott Wine, had taken great offense to my calling him a “peckerwood.” Now as a Navy man, I am sure that Mr. Wine has been called a lot worse, by far better men than I, and I am sure that his ego is strong enough to make a speedy recovery. Being called a name by a crazypants bum happens all of the time here in New Orleans, you get over it.

The real revelation, however, is that he did actually read my column. Sometimes the louder and crazier the messenger, the greater the penetration of the message. While I do sincerely apologize for the style of my post, I do not apologize for it’s substance. I trust that Mr. Wine is smart enough to glean the nuggets of truth that lie within the acerbic packaging.

The thrust of this whole dust up and my cockamamie scheme was to give the people at Victory ammunition. Think about how much fun the guys at the factory would have had, coming up with something crazy, going home to their wives at the end of the day all excited about the new thing that they were working on and how much fun it would be to humiliate a loudmouth asshole like JT Nesbitt. If, by some miracle, Polaris had decided to go for it, I would have thrown the race. My stupid plan was to put together a motorcycle that would have kept them honest, but to ensure that they would win. You see if my contraption made a faster lap that theirs, everyone looses.

What if they had accepted my challenge? The prototype that they came up with would have had to have a 55-58 inch wheelbase, 24-26 degrees of rake, 400 odd pounds weight and at least 130 horsepower. Exactly the kind of reasonably capable motorcycle that this country needs. I was counting on a huge outcry from the general public to bring that prototype to market, and then everybody wins, including me as the first in line to put a deposit down on a real American sport motorcycle. Sounds like fun, silly entertainment. Injecting a little humor into that drab, dour, Victory/Indian thing. But the higher-ups said no. They lost, I lost, and the real losers are American motorcyclists like you.

Challenges, coupled with insults, have generated greatness in Americans past. Witness the greatest race car ever to be born in this country, the Ford GT40. That car was created as a response to an insult from Enzo Ferrari. The greatest achievement of mankind thus far — the moon landing, was the result of Nikita Khrushchev’s shoe pounding at the U.N. and the greatest period of American motorcycling was truly the result of the war of words and actions between Harley-Davidson and Indian. Now I am certainly no Enzo, but I guess the real question is, who is? Where is the aggression and passion that has historically yielded greatness? Where is the competition in this country? The American motorcycle scene is a game of cuddlepuppy. Everyone is so scared shitless of rocking the boat, making a mistake and getting fired.

Finding a job in the American motorcycle scene is really hard, I know firsthand. My personal level of talent certainly couldn’t cut it and I am now relegated to the sidelines. But that doesn’t mean that I don’t care anymore and there are far worse things to be than washed-up, such as sycophantic. Knowing that I will never be in the motorcycle business again gives me the freedom to be outspoken and at least a nuisance to the chummy cabal that constitutes the Victory/Harley hegemony.

The point that I want to make is that this isn’t about me or them, it’s about YOU. Polaris industries doesn’t own Indian, you do. It’s your legacy as an American motorcyclist. It’s your history, not theirs. They bought the trademark because they need it. Victory has no heritage and hasn’t, in the considerable time that they have been around, truly tried to establish one. America doesn’t need them, they need American customers. But, rather than earning an honest heritage through competition, they just went out and bought one. They bought Indian. 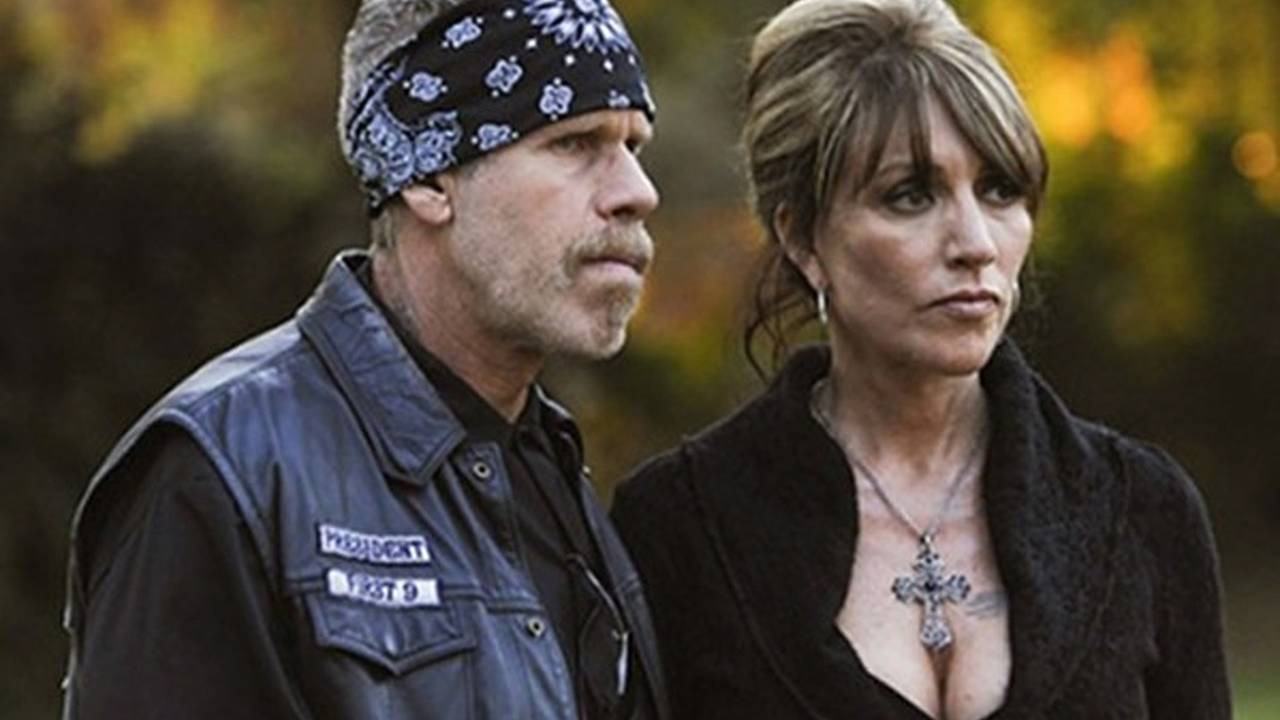 Would you rather have more of this tired old cliche...

All along, Polaris has maintained that they would have bought Indian years ago if they had been able to. That means that Victory is their second choice and also means that the Indian badge would have been displayed years ago on a product that is clearly a me-too motorcycle. Just to reiterate, for the record, a “cruiser” style motorcycle is a Harley-style motorcycle. Harley OWNS the look and that look is really just a marketing ploy to convince low information buyers that they will be regarded as tough outlaw biker types if their motorcycles look like custom motorcycles from the sixties. Victory, for the past thirteen years, has been chasing a marketing message, not a better mousetrap. It’s about short term profit and very little else.

Victory hammers the message that they are “competing in a market segment.” What I rarely hear from their camp is that they strive to build excellent motorcycles to compete with the best the world has to offer. I hope that someday they will not have to hide behind words like “market segment.”

I know that any motorcycle guy, like most of the guys at Victory, would relish the option of doing track days on a motorcycle built by their friends and neighbors, rather than one built by strangers in Japan. How about sport touring, or adventure touring cross country or across the globe? Any American rider would surely derive more satisfaction from bombing through the desert, not on a KTM, but on the motorcycle that an American company built in America. Again, Triumph did just that for England in under twenty years. Tick tock. 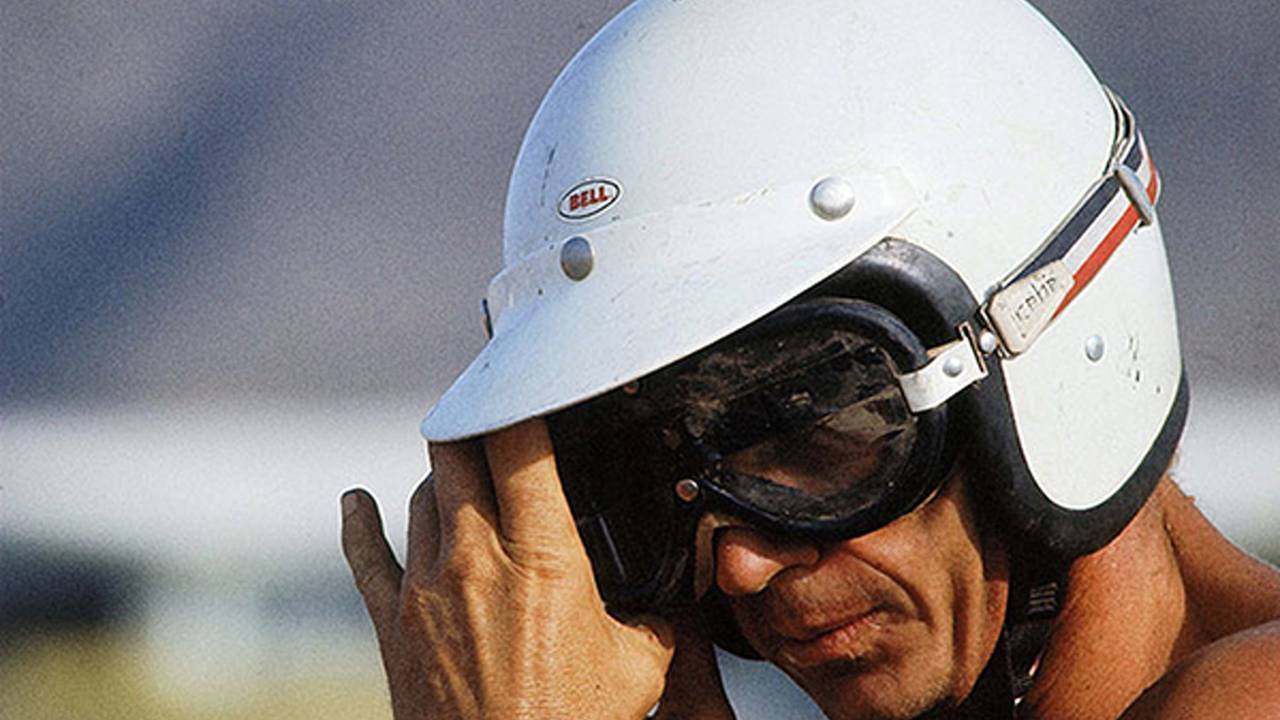 There is a crisis at hand. We all know it. When the stock market crashed in 2008, it did not come as a surprise to anyone who was on the inside. Many of them were shouting as loudly as they could to anyone who would listen, warning that it was coming. Their voices were stymied by the companies that were making such huge profits from security backed derivatives that a diversification of the portfolio would have led to smaller margins and fewer corporate bonuses.

Greed ultimately destroyed the economy. The only “market segment” that they were interested in was the one currently providing the highest yield. Myopic to say the least.

In my original challenge, commenter PJ134 wrote, "Well, I’m 21, don’t own a motorcycle but am looking to get into the market. I seem to be a part of that group everyone is saying (insert American maker here) should try to get as a buyer. All I can say is that this whole exchange ensured only one thing. There is no fucking chance I’ll purchase a motorcycle from a company that has a PR Manager that basically goes out, reads what people desire out of an American motorcycle manufacturer and says 'fuck you, we have our money.'"

At what point do we engage with the next generation of American motorcyclists? There is nothing fun or cool about an overweight fifty-something on a cruiser — especially a fake Harley — wearing a Nazi-style chrome helmet. Young people are not stupid, they just aren’t being exposed to the McQueen side of The Conundrum and are therefore loosing interest in two wheels. It is the poverty of imagination that permeates the current American motorcycle landscape that they are so intuitively picking up on and are turned off by. It just isn’t fun anymore.

I have a kid who is working around my shop, sweeping the floors, sorting nuts and bolts, general shop monkey stuff. Jonathan is 16 and, as a reward for helping out, I took him to the local Triumph/Ducati dealer (Transportation Revolution here in New Orleans). It was his first trip to a motorcycle dealer. Now, prior to this albeit small level of exposure, he regarded motorcycling as a pastime for “grampas”, or “crazy adrenaline junkies.” Harley riders he labeled “douchebags,” the stunter wheelie guys appealed to him only marginally more. I asked him pick out his favorite motorcycle in the showroom and, to my surprise, he chose the Ducati Hypermotard. “Why do you like that one?” I asked. He responded with “cause it looks like the most fun.” Truer words…

America put Harley-Davidson out of business once, I think that we are about to do it again. Currently Polaris has directly tied their success to the fortunes of HD. For better or worse, as goes Harley, so goes Victory, only sooner. Lacking both distinguishing mechanical differentiation and a strong brand, Victory is the least fun motorcycle brand in the world and it looks to me like Indian is going to be just as boring. I hope that I am wrong. I sincerely hope that I am reading these tea leaves upside down, but I suggest that their noses are too close to the blackboard to see the bigger picture. Even if you don’t think that cruisers suck, at least admit that they are Harleys by another name. Jonathan certainly does.

What the kids want, what I want, are choices. Motorcycling is supposed to be fun and I don’t need to have some biker lifestyle marketing baloney to make it real for me. I need the opposite of that. It’s called a fun, fast motorcycle that’s built by enthusiasts and forges its own fresh identity. Until I get it from an American company, I will remain the Sad Clown in a very tired circus.