The Future of Motorcycle Helmets? The Skully AR-1 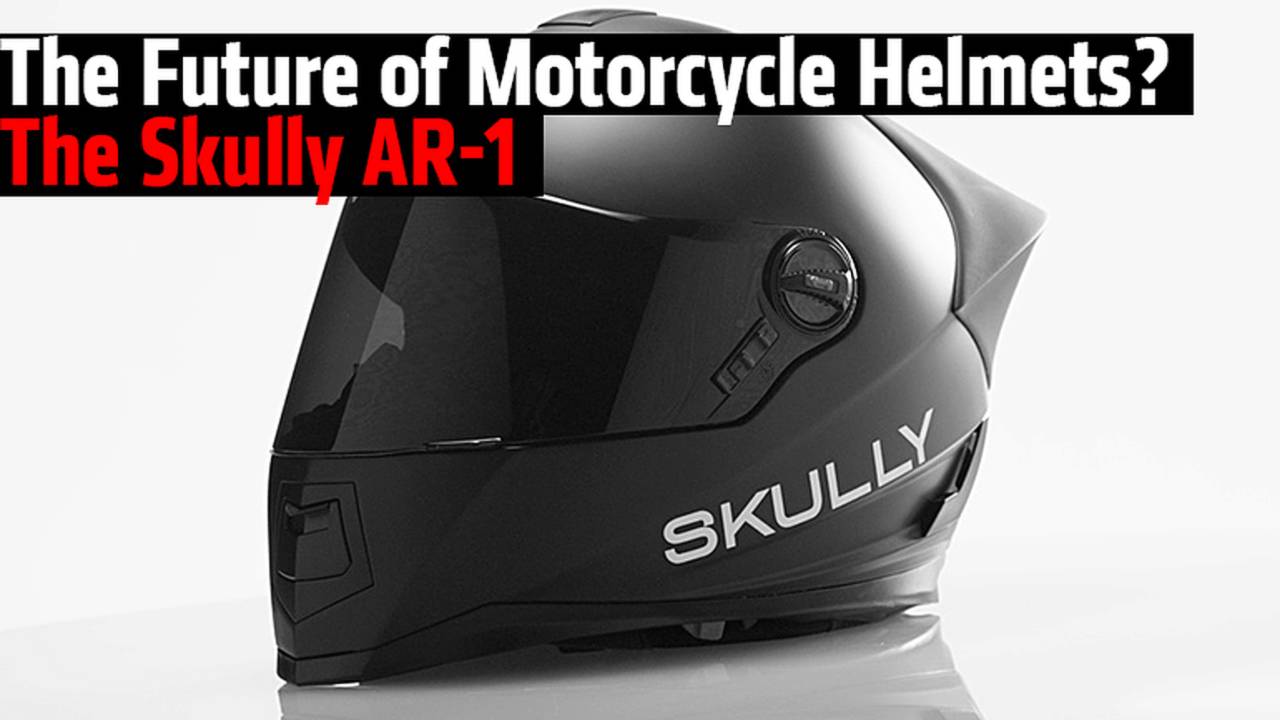 The Skully AR-1 integrates the best safety and gadget technology to ever be integrated into the helmet industry.

Sometimes, when we see a product, we think could this be the future? With the Skully AR-1 helmet, is sure looks like it. The AR-1 comes equipped with some real bleeding-edge tech like bluetooth, internal speakers, a rearview camera, some radical Internet-Of-Things (IOT) capabilities and a totally next-level and completely awesome heads up display (HUD).

Skully, which is based in San Francisco, just announced its plans to  start making the next level in helmet technology starting in May, 2015. Skully, like a lot of Bay Area startups, is crowdsourcing its funding for the first production run. We've run stories on this technology before, but we're anxious to see the Skully first hand when it comes to market.

What's underneath the Polycarbonate Shell?

Something tells us this won't be just another piece of vaporware, as the helmet isn’t just a bunch of crappy tech thrown into a cheap piece of junk. The Skully is both DOT and ECE approved, which means it's safe.

Also, the Skully has some really nice aerodynamic design features like a visor that recesses into the shape of the helmet, not just on the outside like so many others. Also, the visor can also be smoked with a dark tint at the flip of a switch, which we really love as a feature.

A wide, rear-view camera is mounted on the back and displays onto the transparent HUD, which can also display directions through a built-in GPS, phone calls and music. You can keep your hands on the bars and use voice controls to activate almost everything including answering phone calls. Imagine everything you'd expect in a modern, high-end car MMI but in your helmet.  Of course, cup holders not included (Ed note: Unless you are riding a Goldwing).

The development process didn’t come easy, as they’ve still been testing the unit since its 2013 introduction. Skully said they have had over 100,000 beta tester applications. The information shown also hints at the deep capabilities of the helmet, such as giving you operational information about your bike, but we’ve yet to see or hear how that will actually work.

You Know You Want One: How to Order

This kind of tech doesn’t come cheap, but then again, we’ve seen designer helmets like the Ateliers Ruby sell for around the same. Retailing for $1,499, Skully said they'd knock a hundred bucks off the price for pre-orders and are currently taking pre-orders through the crowd-sourcing site, Indiegogo.

t’s only a 30-day campaign for pre-orders, so if you want to be the first on your block with one, buy it asap.

Like a lot of new companies, Skully is using crowd sourcing to make a run at producing helmets. They offer a few different options, including the a package deal of a prototype model, launching Feb, 2015, and a production model, debuting May, 2015 all for the the low, low price of  $25,000.

What do you want to know about the Skully helmet? We’ve been asking very, very nicely to review one, but need to make the trip to San Francisco in order to try one out, which we're planning on doing soon. Our questions to you: Do you think the heads up display will be distracting while riding? and Would you buy one?