The fastest dirt bike in the world? 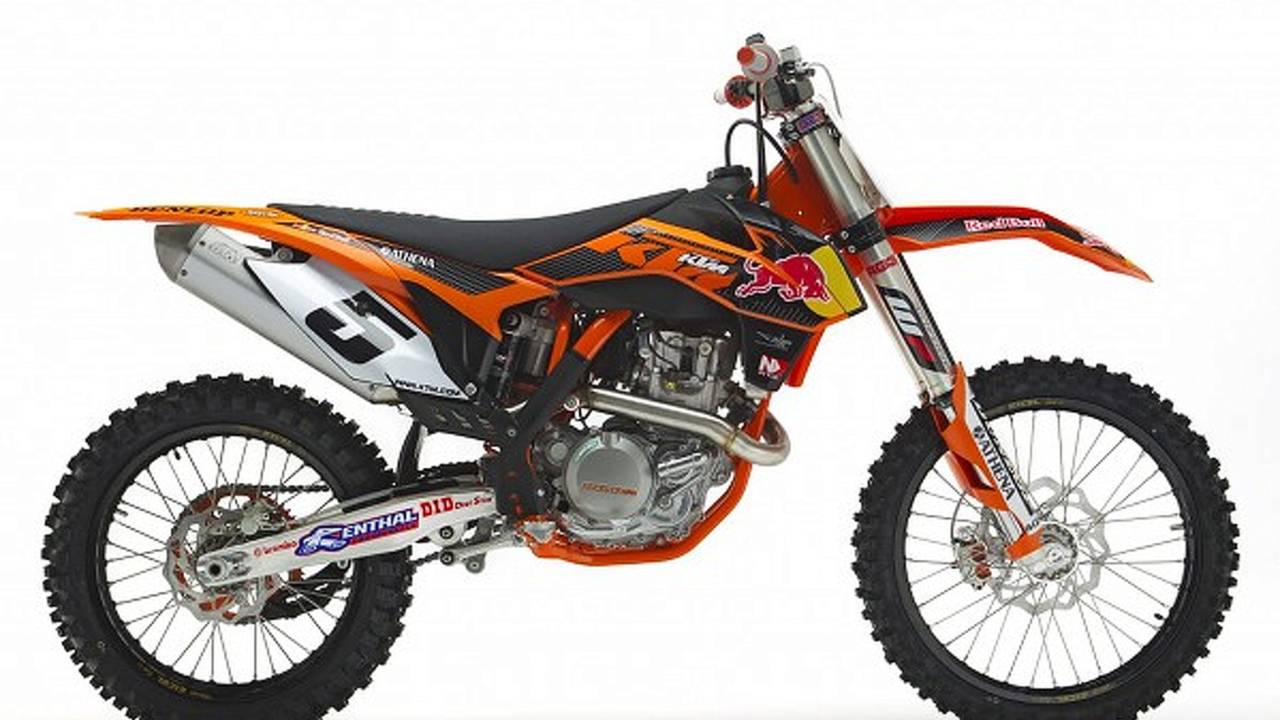 Racing homologation births some pretty epic motorcycles. RC30, OW01, various “R” model Ducatis and now this 2012 KTM 450 SX-F Factory. Just 400 units will be sold in America in 2012, the minimum required to allow Ryan Dungey to campaign a similar machine in Supercross. Like any good homologation special, it’s lighter, faster and specialer than standard.

In addition to wearing the same Red Bull sponsor graphics and number 5 plate as Dungey’s bike, the Factory receives a host of mechanical changes over the regular 450 SX-F. Perhaps most significantly, there’s fuel-injection instead of a carburetor and a single instead of dual overhead cams. Those changes reduce the engine’s overall weight by 4.4lbs and drop reciprocating mass by a huge, huge 1.8lbs. That means the engine will rev faster and hit harder low down.

Reinforcements to the frame around the steering tube stiffen it up, allowing firmer damping and higher spring rates to the same fully-adjustable WP suspension as the non-Factory.

Bodywork is all-new too, designed to reduce the reach to the bars and just generally slim things down everywhere. Word is, the 2013 450 SX-F will adopt many of these changes.