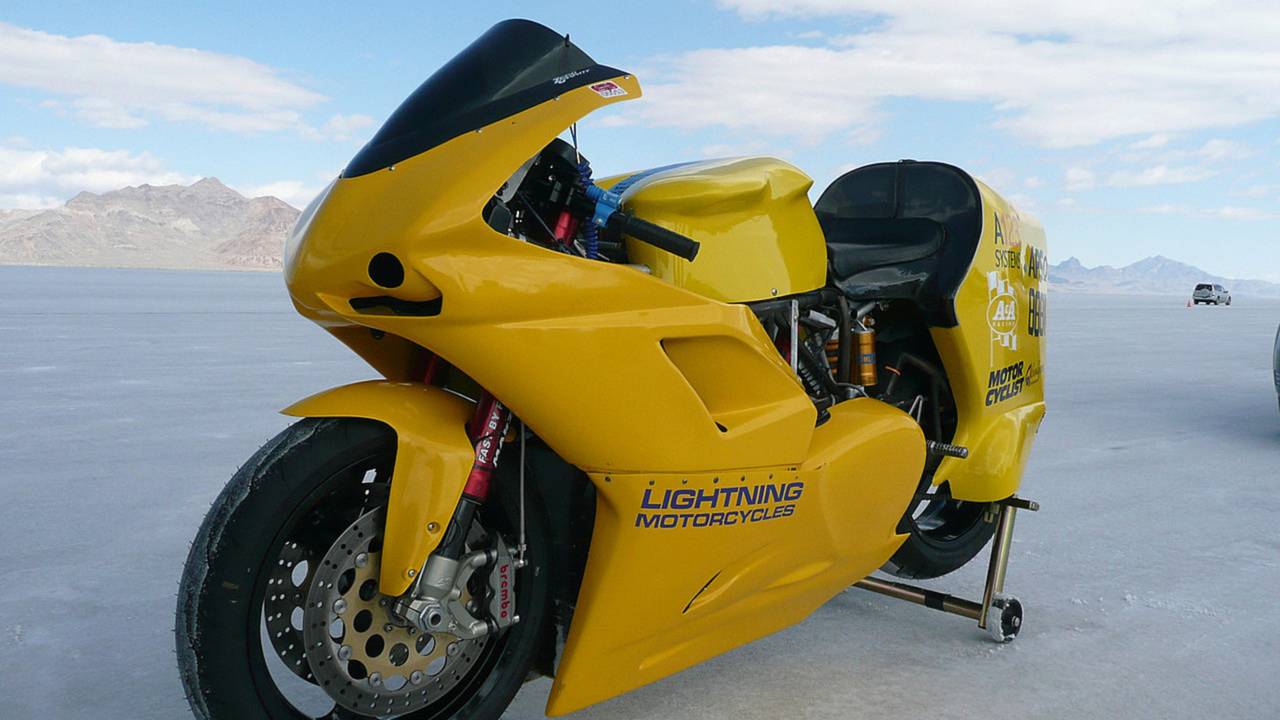 Lightning Motorcycles, which won the 2010 North American TTXGP series, has just defeated its own land speed record, reaching 173mph at Bonneville yesterday. The 2010 MotoCzysz E1pc, which is also racing, managed 163mph. Update: more from Czysz. “On target...goal 165, actual 163, decent first attempt for roadracer. Lightning a strong 174, then broke/cut out. Bummed, will do better,” Michael...

“On target...goal 165, actual 163, decent first attempt for roadracer. Lightning a strong 174, then broke/cut out. Bummed, will do better,” Michael Czysz told us in a text message from the salt yesterday.

Czysz texted me again this morning, saying, "On an electric was another world. A pure zen, white experience. Simply awesome."

Lightning set a new record of 162mph on Tuesday, 166.3mph on Wednesday, then took its bike, powered by a motor from the ill-fated GM EV1 electric car, to a dyno in Salt Lake City for tuning. Yesterday they reached 170mph into an 11mph headwind, hitting 176mph on the wind-free return run; that gave them an average speed of 173mph and a new record.

Lightning intends to offer a street-legal motorcycle for sale at some point in the future, although it remains unclear if they have an unlimited supply of EV1 motors that just happened to fall off the back of a truck before GM could destroy them.