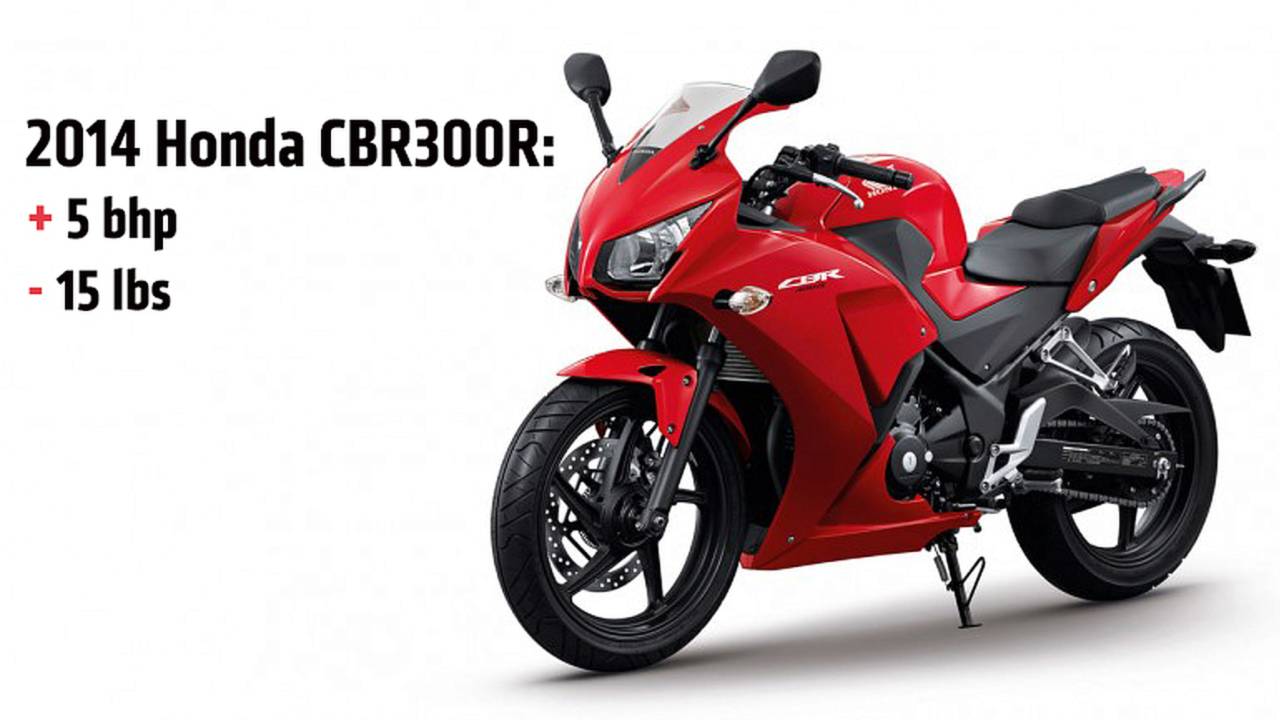 We get a sneak peek at Honda's little warrior.

A Honda insider has exclusively leaked as-yet unrevealed specifications of the 2014 Honda CBR300R to RideApart. We already knew it was getting a bigger, 300cc motor, but it comes as a surprise that the bike will drop some weight, too.

The insider — a reliable source — revealed to us that the CBR300R will add 5 bhp in power while dropping 15 lbs in weight. The engine remains a single-cylinder. That takes total power to 31 bhp while the all-up weight decreases to 342 lbs.

The CBR300R was unveiled two weeks ago at at the China International Motorcycle Trade Exhibition, but only with two images and zero specs. We expect to learn complete details of the new bike soon.