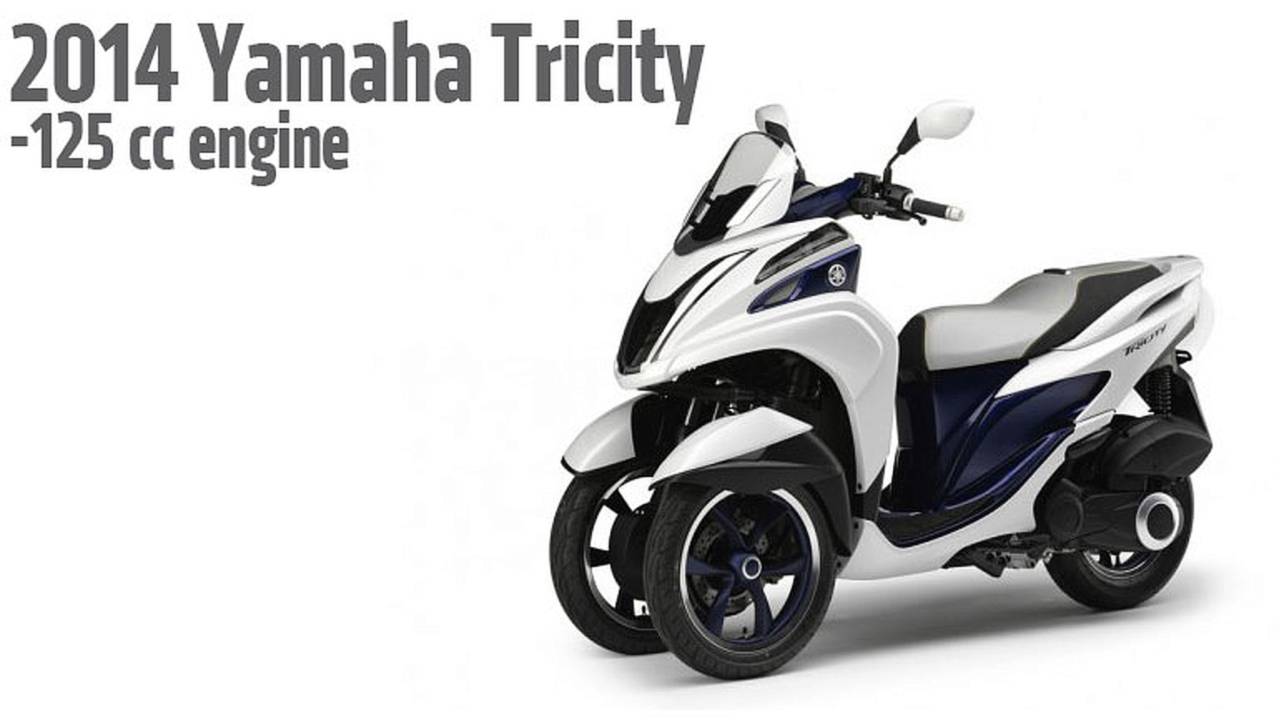 Yamaha just released the 2014 Yamaha Tricity scooter at the 2013 EICMA show in Milan. It has a 125 cc engine and an automatic transmission.

The Tricity is a three-wheeled scooter, featuring a 125 cc engine and an automatic transmission. Full specs haven't been released but Yamaha is aiming the Tricity at new riders, claiming that its low weight, compact dimensions, and the addition of the third wheel will help make the Tricity less intimidating.

The Tricity is similar to the Piaggio's MP3 - which is actually a nice ride - and, should the new 2014 Yamaha Tricity Scooter be lighter and easier to maneuver, it could be a competitive option for people who are new to the scooter market that who want something a little more stable.

At this time, the 2014 Yamaha Tricity scooter is only slated for release in Europe. They seem to have all the fun...