Racing: Aprilia Returning To MotoGP In 2016 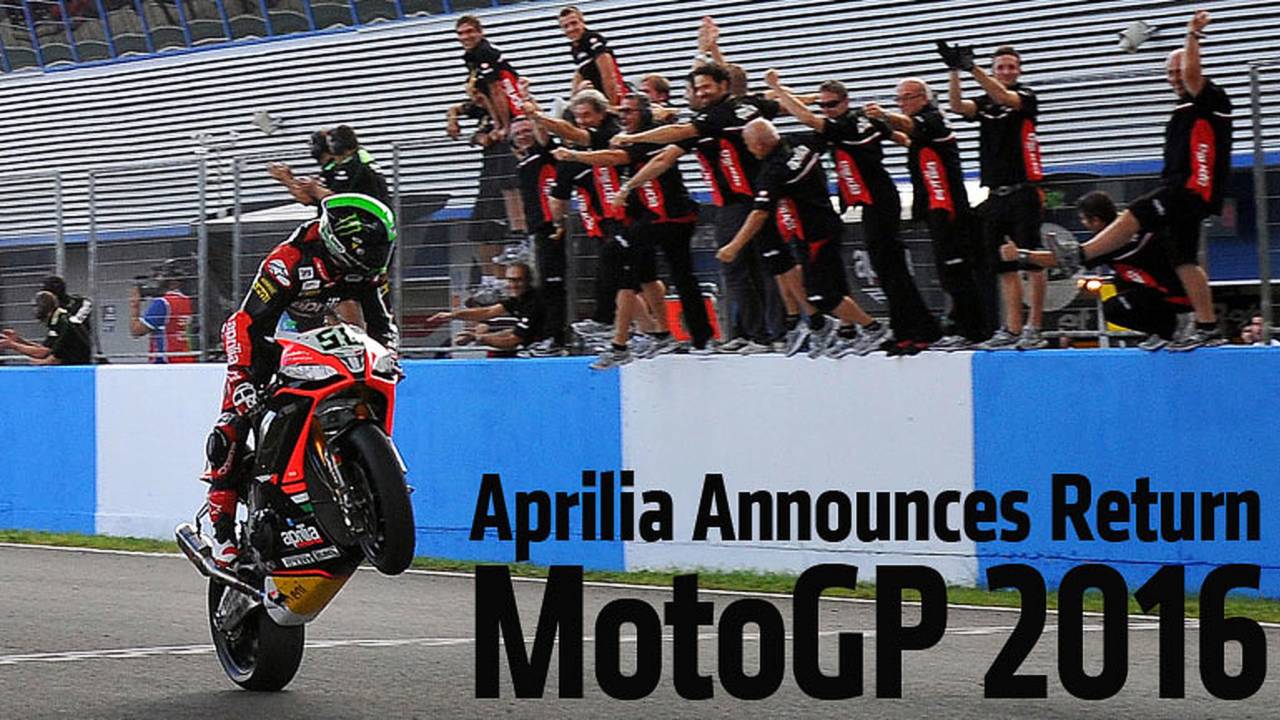 Aprilia will return to MotoGP with a full factory team in 2016.

"The aim is to win, as we did in Superbike," stated Piaggio Group chairman Roberto Colaninno, announcing that Aprilia will return to MotoGP in 2016. The brand last ran a factory team in the top-tier motorcycle racing series in 2004, with the ill-fated RS Cube.

Aprilia has been racing in MotoGP in an unofficial capacity through the CRT class since 2012. While RSV4-powered bikes have won that class both years, it's been a bit of a farcical affair; Aprilia is the only manufacturer to apply any sort of effort to CRT racing and that class remains horrendously uncompetitive with the factory machines.

"We have two years of hard work ahead of us," concludes Colaninno. Trouble is, Honda, Yamaha, Suzuki et al will be spending that two years working too, and they already have bikes on the track to build upon.