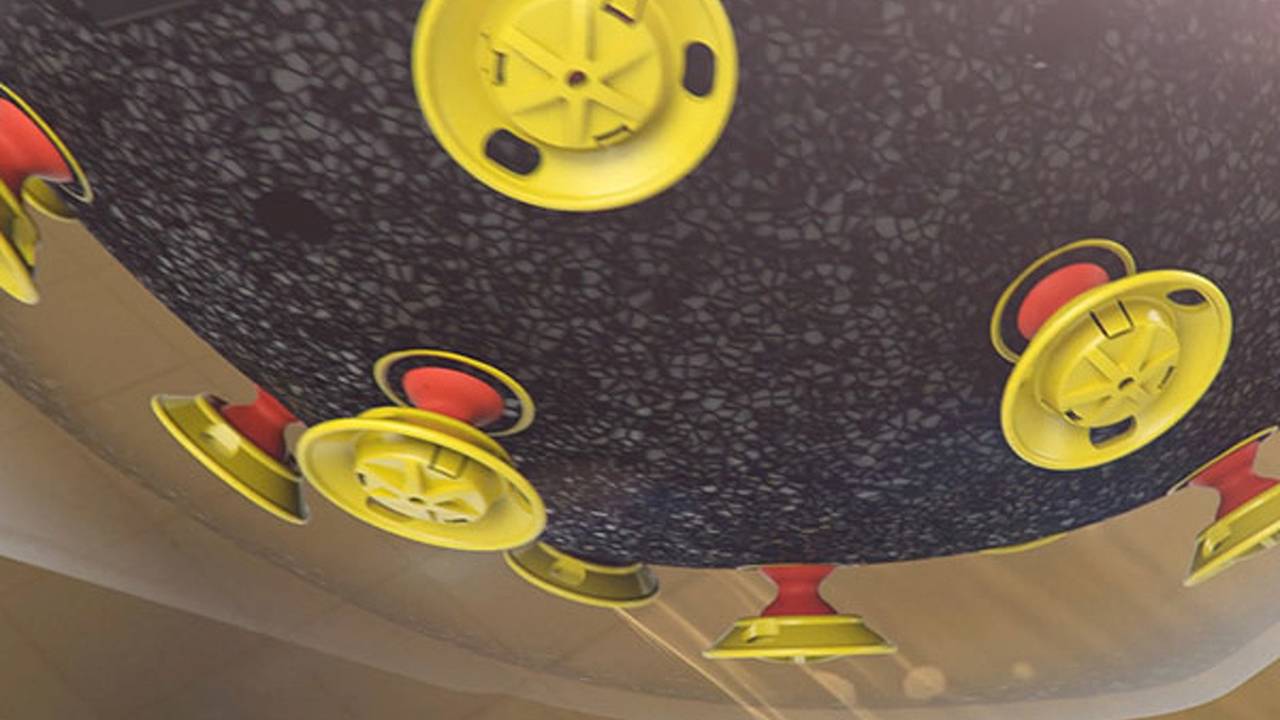 We've showed you 6D's new helmet technology before — elastomeric dampers absorb the forces of low-speed impacts, an area where traditional styrofoam-and-shell helmets fail — now, that function is better explained in this new video.

This animation and these renderings are the product of boutique visual firm Related Grey, which took 6D's CAD data and breathed life into it. What was a nuanced capability explained only in complicated engineering images and language suddenly become immediately understandable. In addition to that impact absorption, the animation highlights the increased ventilation flowing air through the damper chamber brings.

Traditional Snell and ECE-rated helmets work well in impacts above 9mph, but struggle to provide energy absorption at lower speeds. At 9mph, that force can be up to 120g, double the threshold at which concussions begin to occur.

The gel dampers in the 6D helmet are designed to provide that low-speed protection, while traditional styrofoam remains to deal with faster hits.

At 4.5mph, the 6D transfers 49g of force to the rider's head. An ECE helmet will transfer 79g at the same speed.

Such low speeds may sound a bit silly, but most accidents on motocross tracks or while riding off-road simply involve falling to the ground. The quoted speeds above aren’t how fast you’re riding, they’re the speed at which your helmet collides with something.

The ATR-1 motocross helmet is slated to go on-sale in the very near future. We'll keep you updated.