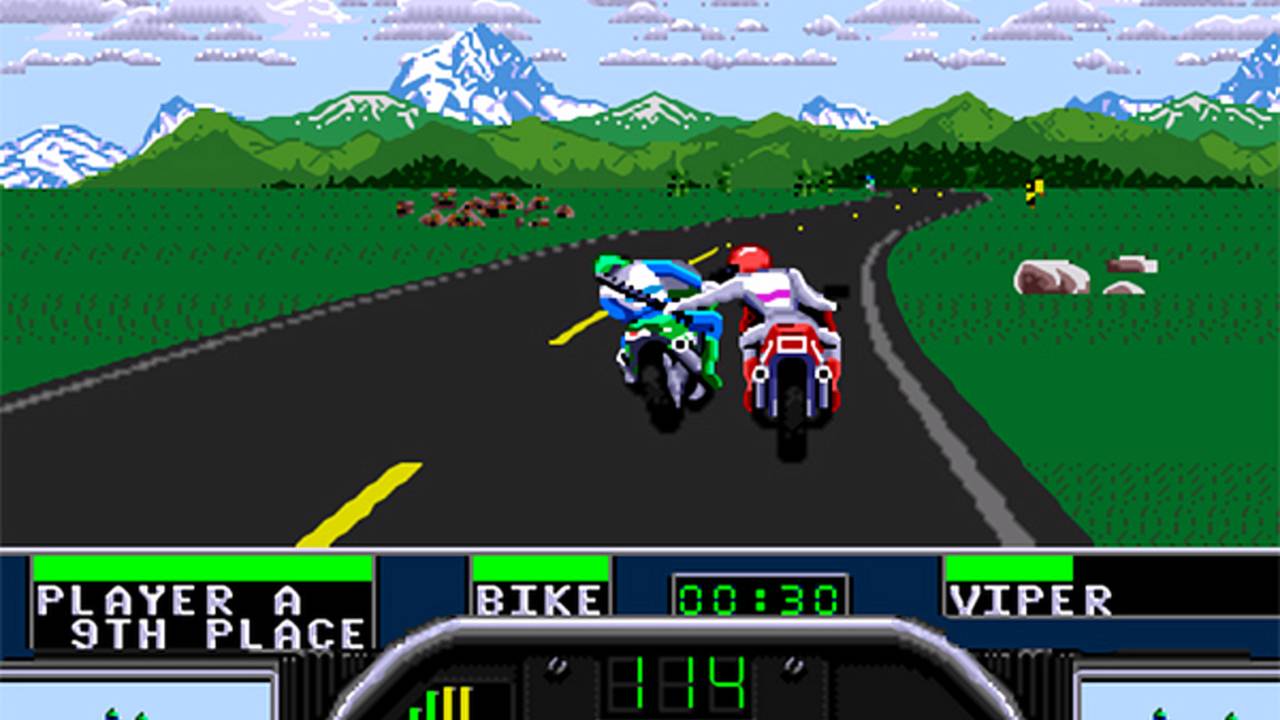 Could Road Rash return?Last week I was riding down the highway next to Wes, when I found myself thinking about giving him a good kick. Blame hours...

Last week I was riding down the highway next to Wes, when I found myself thinking about giving him a good kick. Blame hours spent playing Road Rash games on Genesis as a kid, and the fact that I didn’t have a chain or club handy. Now, there's talk of bringing the game back to life.

Earlier this week, someone on reddit asked why there hasn’t been a new Road Rash in a while—apparently the last work on the series was back in 2006, when a version for xBox was shelved after some basic development. The guy has got a point. Kicking friends into oncoming cars in the 2-player splitscreen mode was hilarious and addictive.

Dan Geisler — programmer and co-designer of Road Rash 1, 2, and 3 — joined the thread and had this to say:

“It hasn't resurfaced because I was burned out after Road Rash 3. But I'm ready to do another one now. I just needed 20 years off. I'm ready to make a better one now. I miss playing it too. If there is enough interest, Ill do a kickstart on it.”

If he does, it looks like we’ll be kicking our friends, punching Viper and Natasha, and bashing the odd digitized cop—with a perfectly-timed swing of the crowbar—again soon.

Dan, if you want help promoting the project on Kickstarter, just let us know.