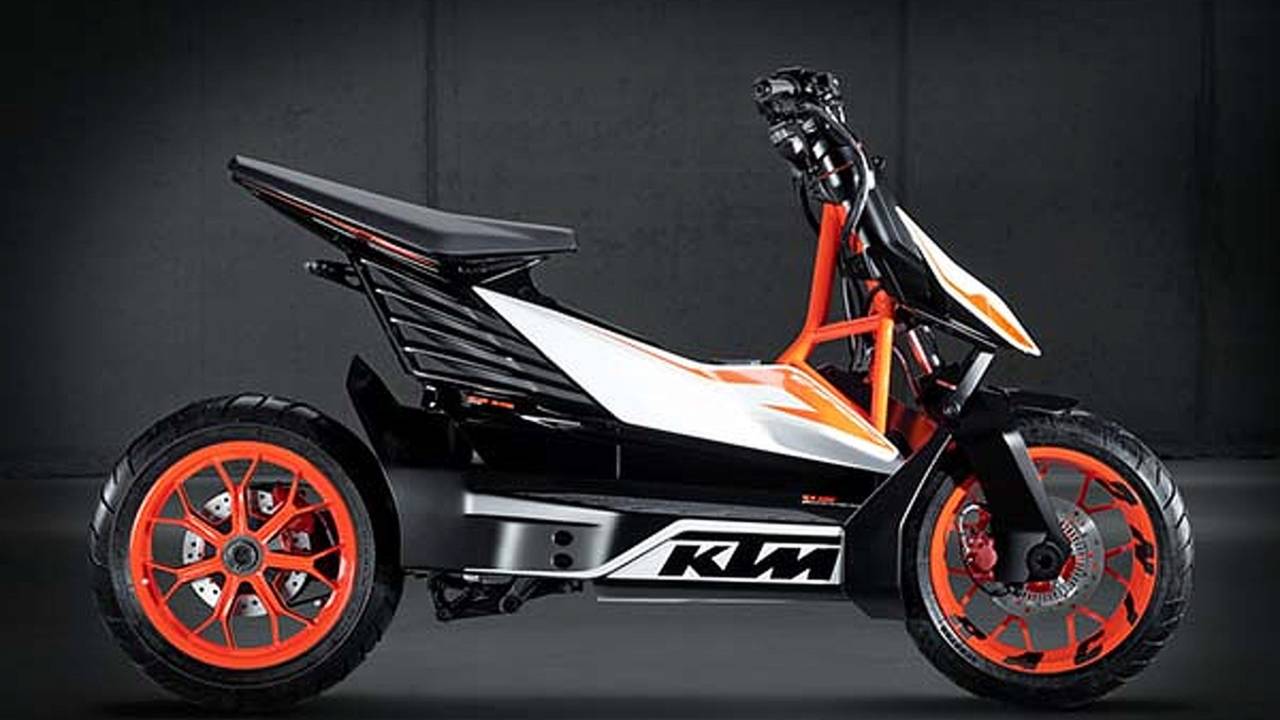 KTM E-SPEED: orange mobilityKTM look to be making further inroads into the electric market after unveiling the E-SPEED at the Tokyo Motor Show.The...

Tokyo Motor Show.The scooter concept is targeted at the urbanites and utilises the same battery and powertrain as the FREERIDE E.

With an angular design and a 'state of the art hybrid trellis light metal frame', the E-SPEED tops the scales at 140kg, has a top speed of 50mph and a 40 mile range from a full charge - the lithium-ion battery takes around two hours from a household socket.

In the press release KTM state that the prototype is powered by a "liquid-cooled, permanent-magnet synchronous motor with 36Nm of maximum torque and a permanent power of 11kW to drive the rear wheel via a belt drive."

KTM CEO, Stefan Pierer said: “We at KTM are completely convinced of electric mobility as a perfect complement to conventional powertrains. In the long term, the electric drive will come out on top for short distances – particularly in areas which are highly sensitive from an environmental perspective, like open nature and densely populated metropolitan areas! Vehicles like the ‘E-SPEED’ and FREERIDE E can help powered two-wheelers win back more acceptance in society. Not just because of their environmental credits, but because they are easy to use, quick, and simply great fun.”