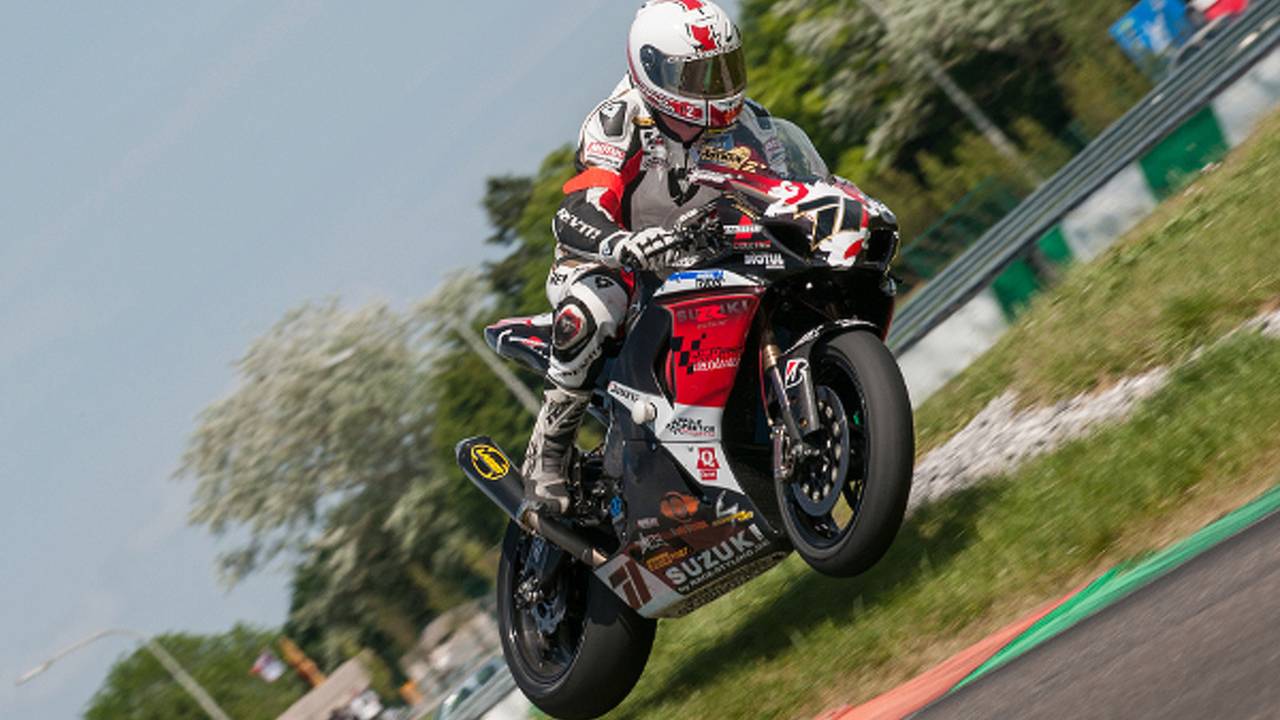 These pictures of Xavier were captured in 2011 from the now defunct Belgian Moto Endurance Championship at the Mettet Jules Tacheny circuit, where he finished second with then Race Styling Team team-mate Marc Fissette.

Recalling how he came to jump the corner at Mettet, Xavier said that he gradually began to ride closer and closer to the edge of the track; first taking a line over the curb, then touching the grass and then even further, until he came to the decision that he could jump the corkscrew chicane by using the curb almost as a ramp.

"I jump lap after lap," the Belgian told me. "I prefer to take the turn this way. It's special. It's a good feeling. After jumping the first time, I was addicted and had to do it more and more. To get air and make it over you have to carry a lot of speed on the entry to the blind corner."

Although Xavier actually feels safer riding the corner in this fashion and the circuit organisers are cool with his entertaining style, he never does it when in a battle with other racers, as he joked: "This is not supercross!"