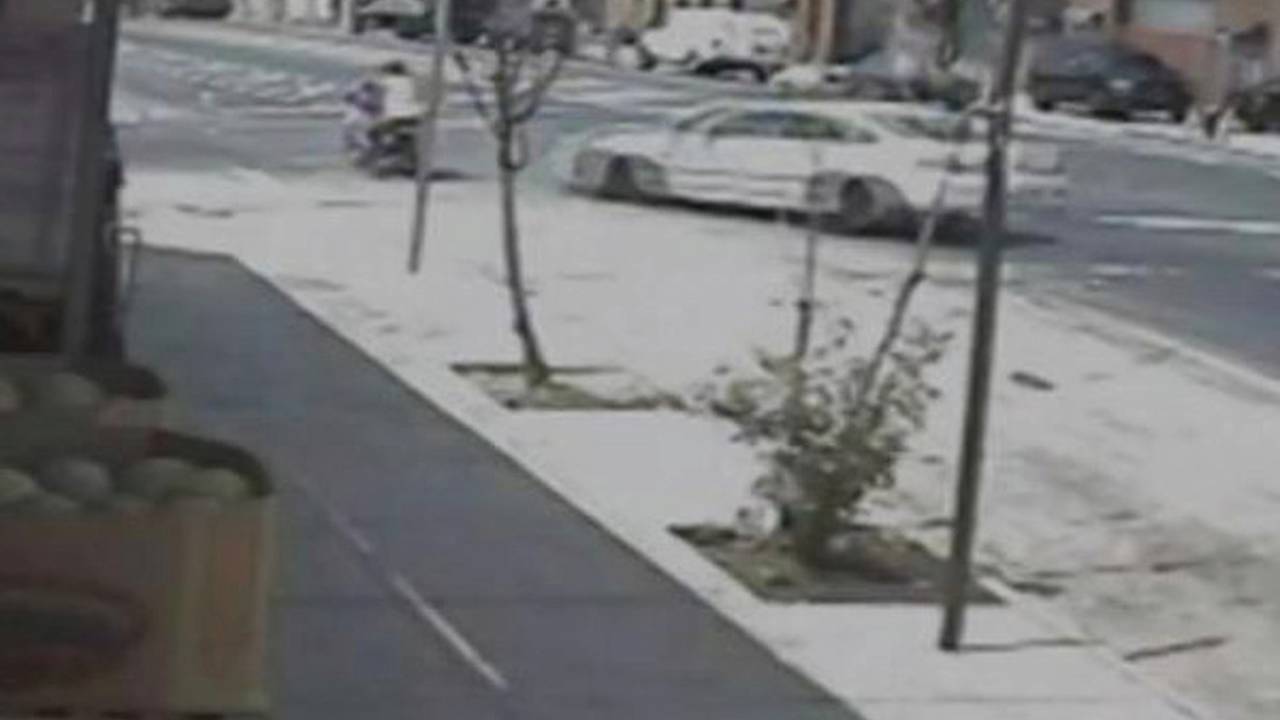 NYPD rams, kills motorcyclistThe NYPD was chasing Eddie Fernandez and his friend Adalberto Gonzalez in the Bronx when the patrol car suddenly slammed...

The NYPD was chasing Eddie Fernandez and his friend Adalberto Gonzalez in the Bronx when the patrol car suddenly slammed into the dirtbike, killing Fernandez and leaving Gonzalez with a broken leg. Gonzalez has been charged with reckless driving, reckless endangerment and resisting arrest. In turn, Gonzalez is suing the NYPD for his injuries and the death of his friend.

As you can see from the video, the police car didn't even slow down during its chase before hitting the motorcycle. Gonzalez's lawyer, Cesar Gonzalez Jr, says: "He said the videos clearly show the police car pursuing the bikers, apparently in violation of a department policy not to engage in the risky chases." The Bronx District Attorney has declined to prosecute the police officer behind the wheel.

The crash happened in August 2012, near Randall Avenue in Hunts Point and Gonzalez will appear in court later next week for criminal charges. Gonzalez says: “I just want this all over with so I can get my life back,” he said. “That’s all.”