If Audi made motorcycles 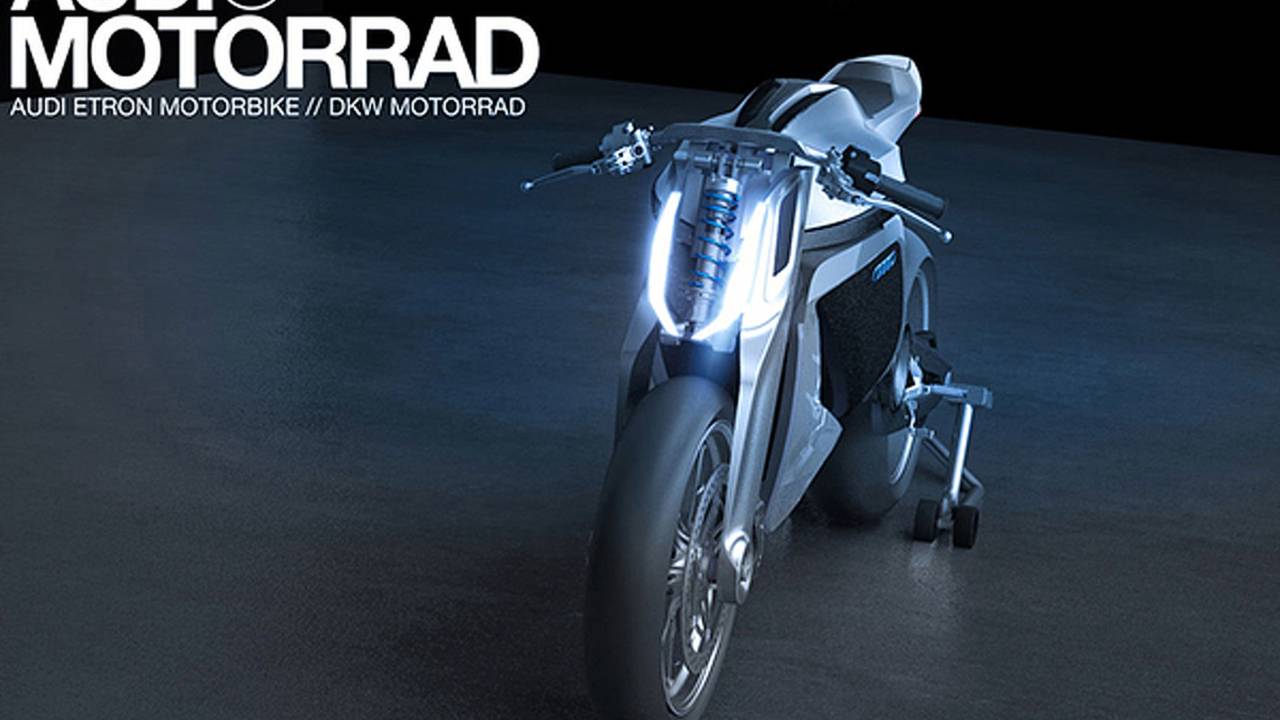 If Audi made motorcyclesWhat if Audi's acquisition of Ducati meant the German car brand was going to start making its own motorcycles. It's not, but...

What if Audi's acquisition of Ducati meant the German car brand was going to start making its own motorcycles. It's not, but French designer Thibault Devauze has imagined the possibility of an Audi motorcycle with his own concept.

Thibault, who is a former design intern for Ducati, Audi and Land Rover, gave the concept a silky futuristic design akin to the German manufacturer's identity.

Taking the idea of using the Audi Ultra lightweight technology, the construction of the chassis is a combination of carbon fibre and aluminium with a Fior-esque duolever fork

A lack of exhausts hints that the concept could be powered by the German firm's E-Tron electric motor, however Devauze envisions that there would also be a conventionally powered version using Ducati's 848cc Desmodromic, L-twin engine.

The concept was inspired by Audi's takeover of Ducati and after the Frenchman visited the Audi museum and saw DKW motorcycles - who were one of the German manufacturers or 'rings' that made up the Auto Union group.

“The idea was pretty simple: the first competitor of Audi is BMW, and BMW sell bikes," said Thibault.

“In the past Audi has a massive heritage in terms of bike with the DKW brand. Audi is always looking for new market , bikes market represent a good opportunity.”

The concept was completed last year in collaboration with Thibault's brother Marc Devauze with the clay model created by Clement Couvreur.