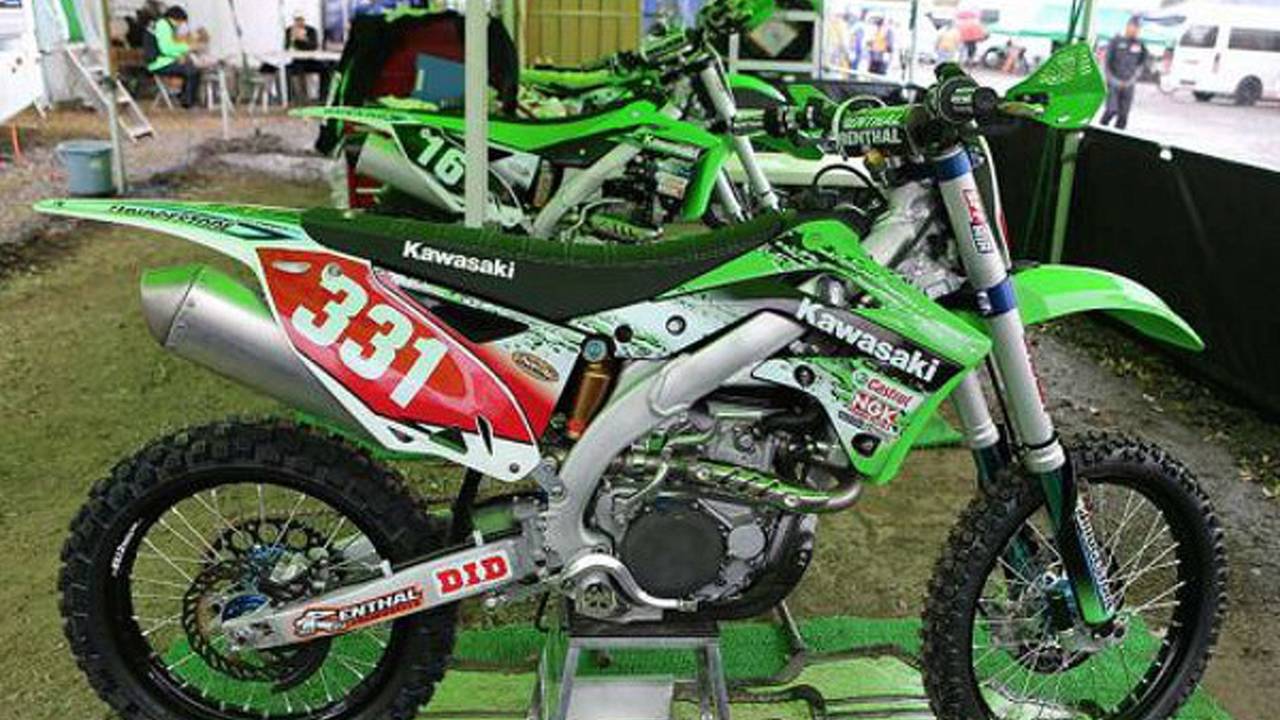 From the 2013 All Japan Motorcross Championship we have spy photos of what appears to be the 2014 Kawasaki KX250F. It looks almost identical to 2013 bike but there are a few changes — the front brake disc now has a cover from Zeta. The front forks are now Showa SSF (Separate Function Fork) Air Forks are designed "to provide better front end traction, bump absorption, comfortable stroke, flex balance as well as a more stable and controlled ride."

There's also a small black box on the front fender that is a GPS device — it's being used to track the new KX250F's performance on the track.

The GPS sensor and Showa forks.