DriveApart Review: 2013 Ford F-150 Eco BoostRide Apart Overview Sure, it would be nice to have the budget in your bank account as well as the...

Sure, it would be nice to have the budget in your bank account as well as the personal need for the outrageously powerful 2013 Ford F-150 Raptor but for most folks that level of performance might seem a bit much for trips down to the local Home Depot. Not that there would be anything inherently wrong with that but lately it seems the unthinkable has happened—people have started buying more V6 powered versions of the F-150 than ever before.

Now, these aren’t the wheezing 6-cylinder base F-150 motors from years past but rather this new 3.5 liter EcoBoost V6 pumps out 365 horsepower and a solidly fat 420 lb. feet of torque. Passing power is phenomenal for a truck this heavy, it’s available in more than just the top trim levels and according to the EPA it returns 16 city/22 highway. Now that may not sound all the “Eco” and a whole lot more like “Boost,” you’d be right. Thankfully build quality is excellent and no pick-up truck tops an F-150’s interior style.

Granted, if you are obnoxious with the accelerator pedal this truck will easily return 14 miles per gallon and on occasion we have been known to have ruined as tested fuel economy averages in this way. Alas, there isn’t much not to like with the F-150 Ecoboost barring the lack of the thundering rumble only a V8 can make and Ford’s exterior design which makes the F-150 appear to have been designed with a slide ruler. Funny then that Ford is experimental with colors, shapes and materials with their F-150 interiors as is true in the King Ranch Edition. 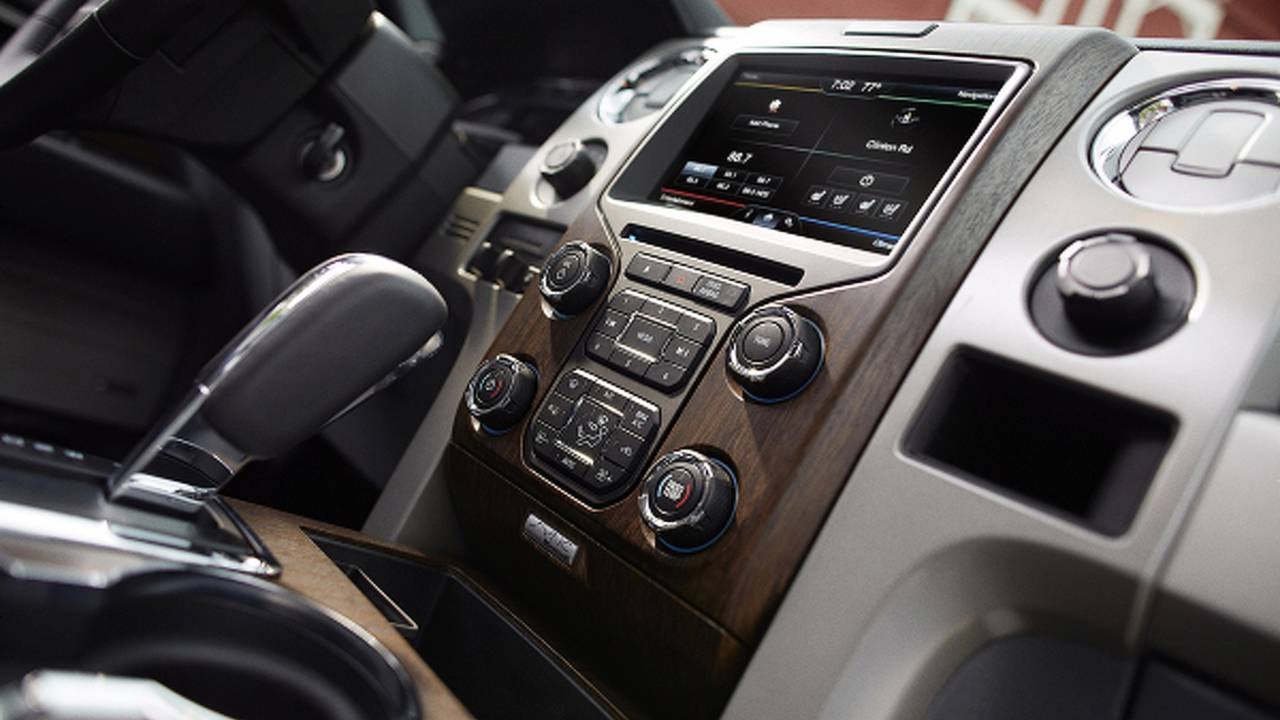 As long as you order the heavy duty payload package, your Ecoboost V6 will be able to tow 11,300 pounds which drops down to the mid-9,000 pound range depending on which rear axle ratio you choose. Payload capacity depends on which size cab you buy (regular, Super Cab or Super Crew) and if you select the aforementioned heavy duty payload package. Payloads, however, don’t vary all that much with 1,790 lbs. and 3,100 lbs. separating them. Ford offers a number of axle ratios with each of its trucks so not matter what your needs, they have an answer to suit.

The week after we road tested an F-150 with the 3.5 liter V6 EcoBoost, Ford was kindly enough to supply us with a near identical (it was blue instead of red) variant this time equipped with the 5.0 liter 360 horsepower/380 lb. feet of torque V8 engine. Its towing capacity ranged depending on the rear axle ratio equipped with the truck and maxed out at a very, very healthy 15,300 lbs. which would be plenty for a small watercraft and definitely a couple of Harley Davidson Wide Glide Choppers. It also makes a mean growl when you push the motor on to redline.

Although the Toyota Tundra is set for a cosmetic overhaul for the 2014 model year, it still deserves mention here in its 5.7 liter 381 horsepower/401 lb. feet of torque V8 which still stands as the Lexus of pick-up truck engines. The six-speed automatic works in smooth and perfect harmony and renders the lesser 4.6 liter V8 feeling weak and anemic which we can’t imagine bodes well for towing heavy cargo up long grades on a hot day. The 5.7 liter V8 with the tow package comes with a tow/haul mode which includes includes a towing hitch receiver, trailer brake controller prewiring, 4.300 rear axle ratio), transmission fluid temperature gauge, supplemental engine oil cooler, supplemental transmission cooler, heavy-duty battery, 170-amp alternator and 7-pin connector. Tow capacity even with the extra package is 9,000 lbs. and payload capacity is 1,295 lbs. on 4x4 models like the one we tested.

Before you start up the 2013 Ford F-150 EcoBoost, everything seems very much the norm with this particular pick-up truck. But then as you turn the ignition the motor sounds just a bit different than the V8 norm, and a bit of whistling can be heard from under hood under heavy acceleration (albeit only if you are the kind of person who drives with the radio off). Braking power was quite impressive given how fast this truck can go and the standard six-speed automatic always kept the truck in either its optimal comfort (fuel economy) zone or power zone. Steering feel, not a truck strong suit, impressed us here as well. 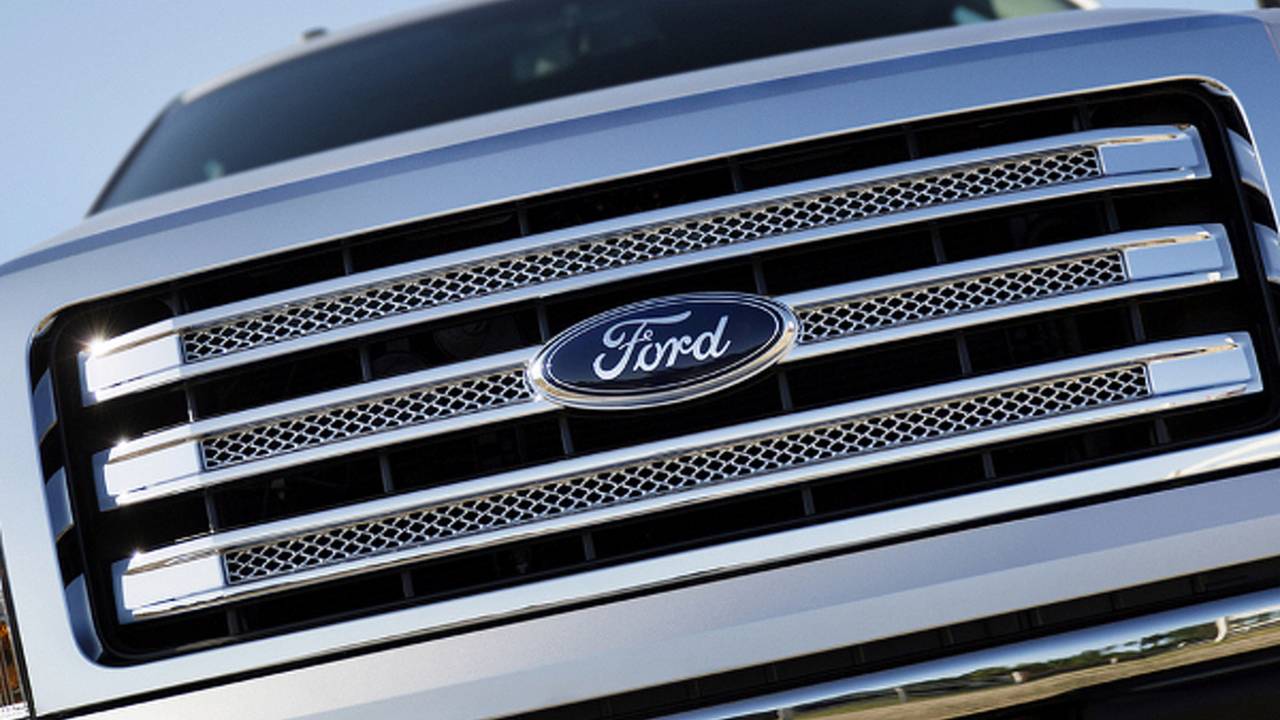 The 3.5 liter EcoBoost engine boasts 365 horsepower and 420 lb. feet of torque thanks to high pressure direct injection which is something you usually find in car engines. A turbocharger then takes care of the rest of the power equation and in all likelihood this is all the truck engine most people will ever need or want.

No other competitor has payload box mounted “steps” or “Man-Steps” as they have been called, which allow easy access up into a pick-up bed. Before now, climbing into the bed of a pick-up was never very graceful and now it is. No other truck currently comes close to offering the bevy of optional hi-tech features among which are in-dash navigation, rear seat DVD entertainment, SYNC (Best infotainment connectivity in the business), My Ford Touch (If your computer infuriates you avoid it), dual zone climate control and even a stowable bed extender for extra- long items.

Besides the joyful notion that this 3.5 liter EcoBoost motor runs just on regular unleaded, our tester also had a nicely sized 36 gallon fuel tank so stops were few and far between. Our as tested fuel economy over the course of a week averaged out to 17.1 miles per gallon which admittedly included some dirt trails and heavy work hauling an old rickety wooden kid’s fort to be turned into wood chips. 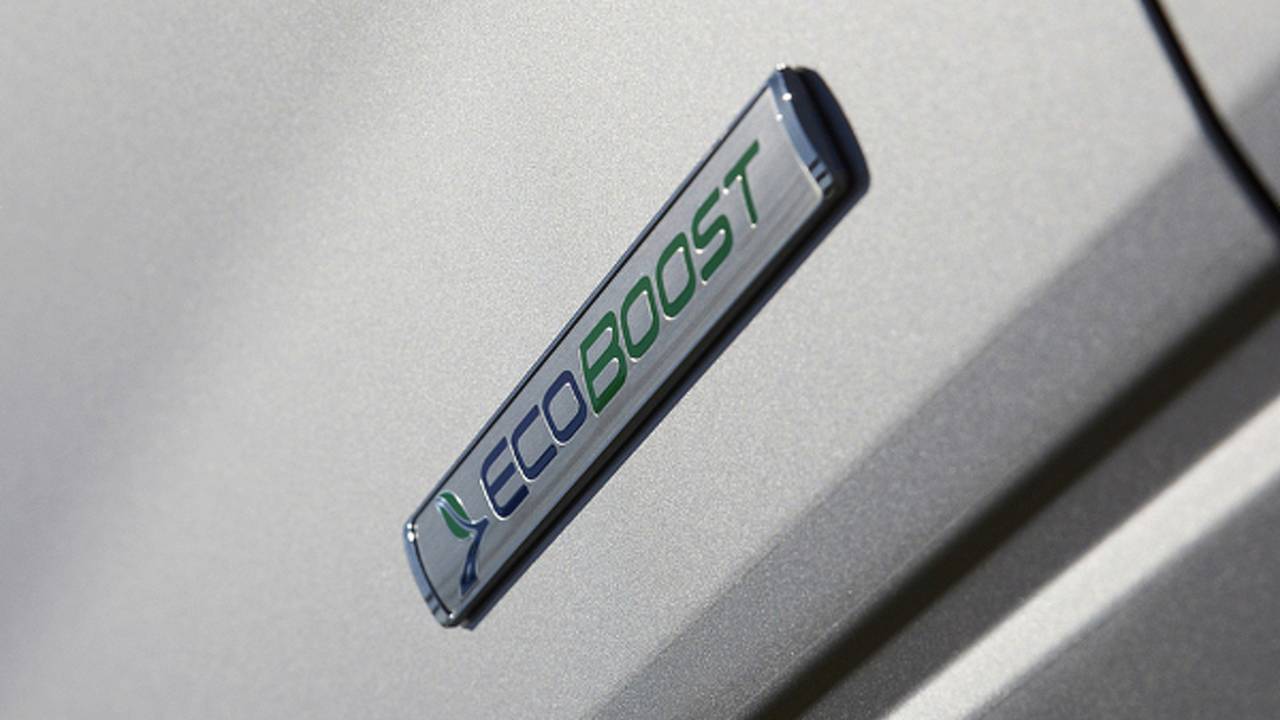 The F-150 sells in huge numbers in this country so taking huge styling risks was never going to be wise. But we must admit, the big Ford’s conservative approach to its looks pays off in that it looks good filthy dirty and nice enough when cleaned to take to a Country Club soiree. The interior, however, is a masterwork that shames all other truck makers right now for imagination, sheer number of very unique trim levels and the use of color and texture to convey not only luxury but solidity.

While there is an F-150 out there for most any budget, our tester here was an FX2 Super Cab EcoBoost starting at $37,010. To that we added heavy duty payload package ($575), the bed side steps ($325) and the tailgate mounted “man-step” ($375), navigation ($795) and with that we ordered a full-up luxury package including leather seats, heated/cooled front seats, HID (High Intensity Discharge) headlamps and an upgraded Sony audio system. Add in the necessary MyFordTouch, remote starting, privacy glass, a back-up sensor and a power moonroof and an as tested price of $42,920 doesn’t sound so pricey now does it? 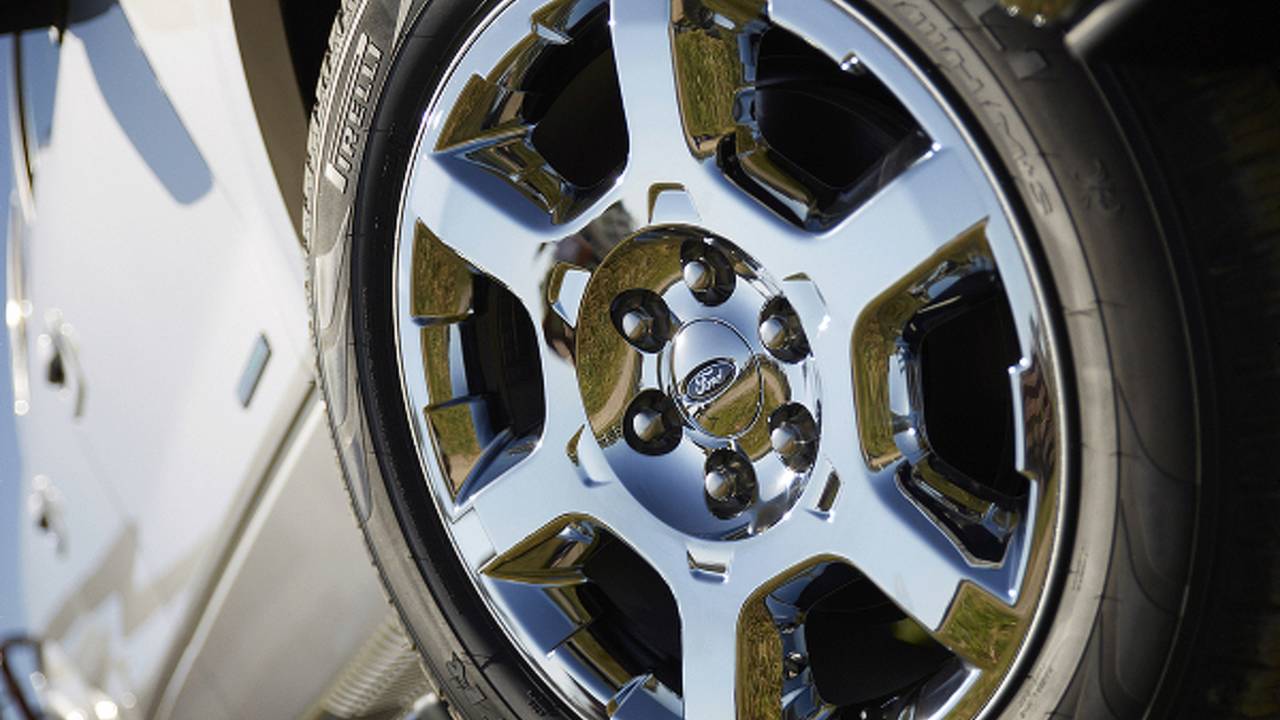 Sometimes, as with the Toyota Camry or the “Twilight” films, you have to wonder what the public is thinking by making them the popular choice in their respective fields. But with the 2013 Ford F-150 EcoBoost it’s easy to see that the public here is onto something as you don’t need to give up much of anything in comparison to the other two available V8 engine options to get one fine pick-up truck. A pick-up truck with a turbocharged gas V6k, who would have thought they’d see the day?

By: James Hamel
++
Got a tip for us? Email: tips@rideapart.com