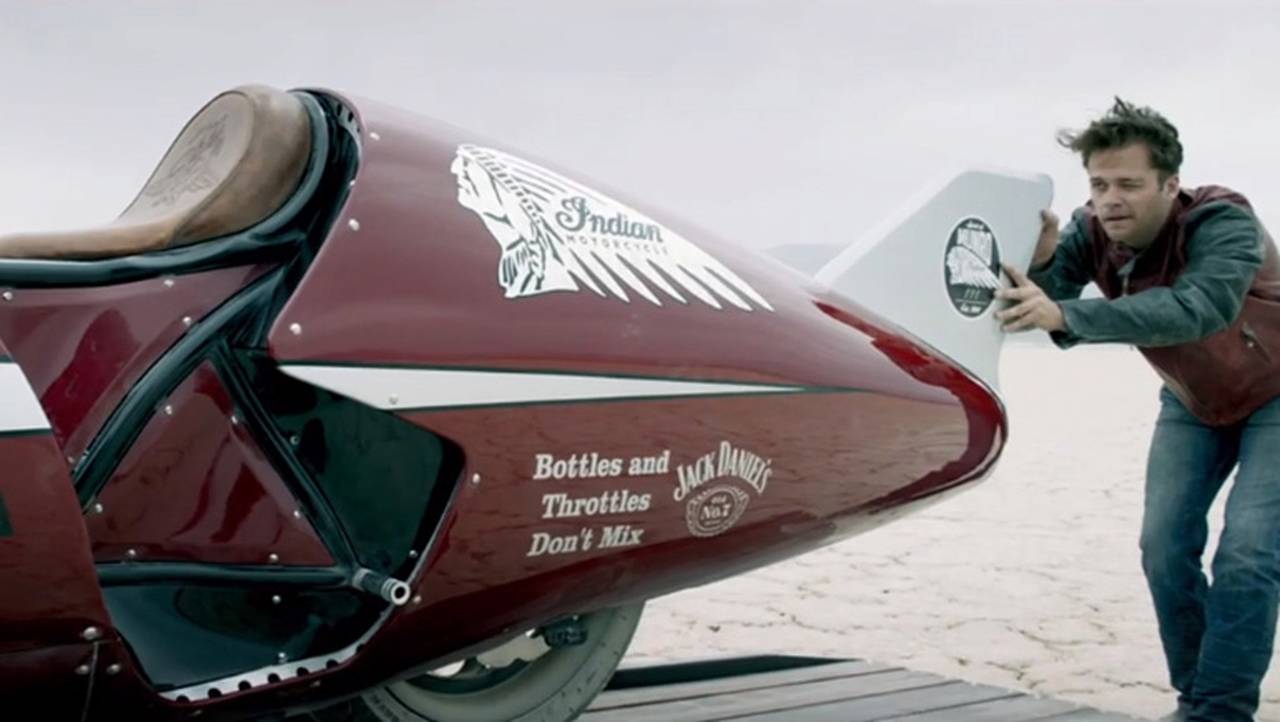 To showcase the new "Thunderstroke 111" motor which will power the 2014 Indian Chief, parent company Polaris commissioned an "all-metal" replica of Burt Munro's Land Speed Record racer powered by the motor.

"Fully custom-built, the Spirit of Munro is an all-metal tribute to the racers and mechanics throughout history who have collectively built the legacy of record-breaking racing performance and strength that is Indian Motorcycle.

The motorcycle is named in honor of Burt Munro's 'Munro Special,' the historic 1920 Indian Scout that broke the under-1000cc land-speed record in 1967 at the Bonneville Salt Flats as famously portrayed in the motion picture 'The World's Fastest Indian.'

The Spirit of Munro was constructed by Jeb Scolman of Jeb's Metal and Speed in Long Beach, CA. It was designed from the ground up to house the new Thunder Stroke 111™ engine and showcase its awe-inspiring power and performance."

Correction: this is actually filmed at Coyote Lake.