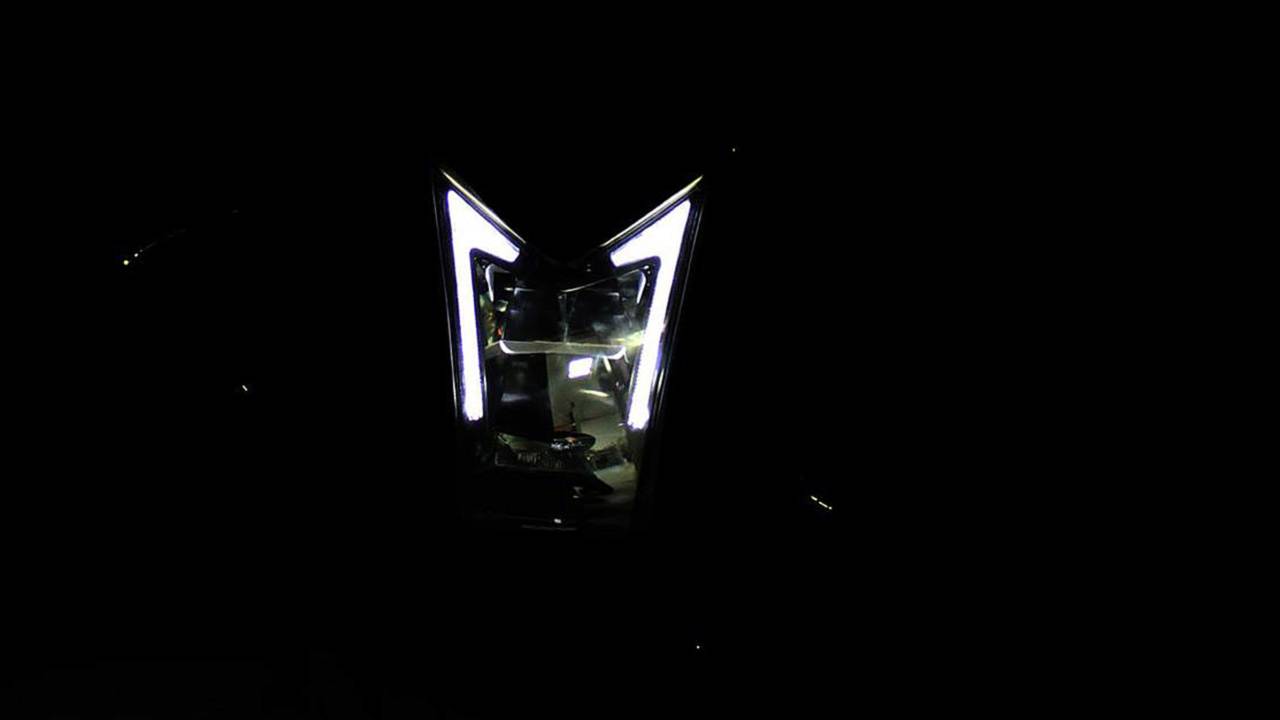 Could this be the EBR 1190RX's headlight? The tiny East Troy, Wisconsin-based bike maker just dropped this pic on its Facebook page.

Captioning the image are the words, "And in the darkness, something lurks, waiting hungrily for feeding time in the fall..."

We tried overexposing the image, but it appears as if any identifying details have been scrubbed by EBR. What we see despite that are:

A couple weeks ago, the company also teased a shot of a pillion seat on a bike that otherwise appears very similar to the single-seat 1190RS.

EBR lists forthcoming models on its website: RX, SX, AX, in addition to the existing RS. The assumption here is that the first letter in that nomenclature is the model, the second denoting the number of seats. If this is the RX's headlight, it means some styling effort has gone into the bike beyond the RS's extremely basic, stacked projector setup. That's a good thing, if EBR hopes to begin expanding its volume upwards of a "handful," then contemporary styling needs to begin playing a role.