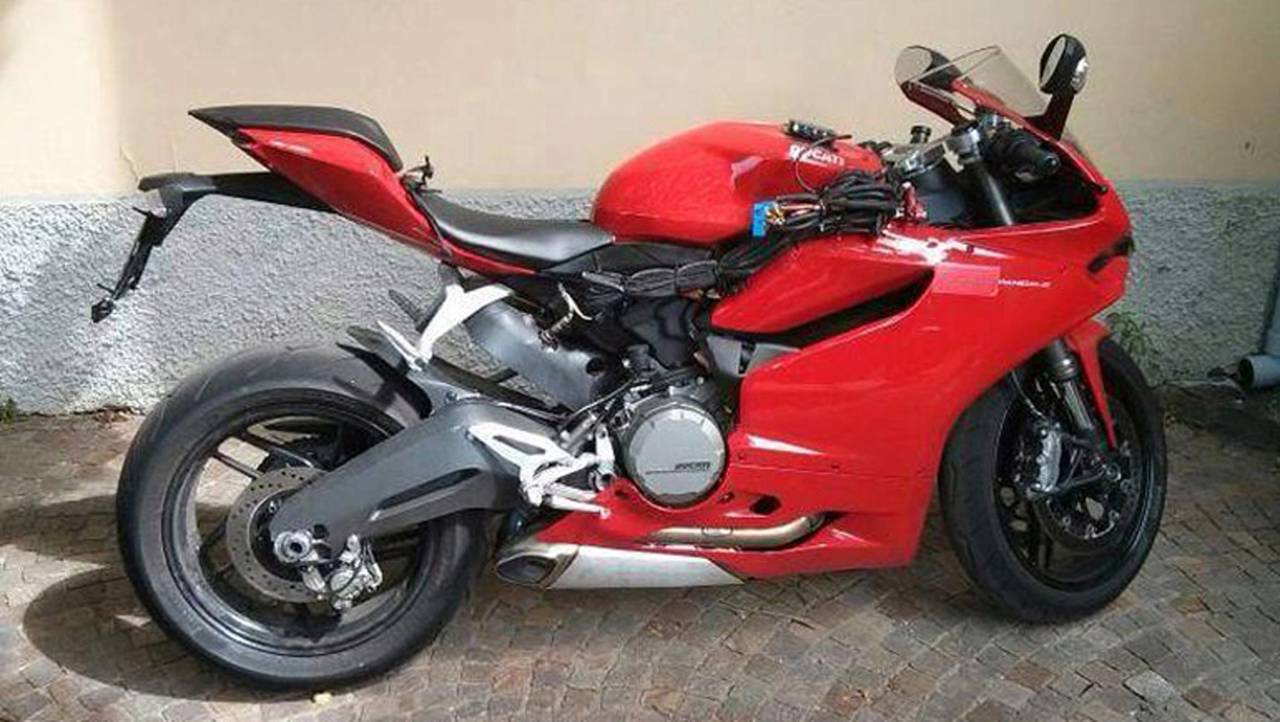 Spy Photo: Ducati 899A Ducati fan on Facebook has snagged this first photo of the forthcoming Ducati 899. Based on the 1199's "frameless" setup, this...

A Ducati fan on Facebook has snagged this first photo of the forthcoming Ducati 899. Based on the 1199's "frameless" setup, this bike will be equipped with a smaller motor, double-sided swingarm and a lower price tag.

The 899 will be the latest in a proud history of mid-capacity Ducatis that ape the design, styling and mechanical configuration of their larger, Superbike brothers. The 748 looked like a 916, the 848 looked like a 1098 and now the 899 adopts most of what makes the 1199 so special. With no visible perimeter frame, it appears to use the same stressed motor with the airbox doubling as a front subframe and the rear subframe bolted to the rear cylinder of the v-twin.

In addition to the smaller capacity engine, the 899 is equipped with a cheaper, double-sided swingarm, different wheels and lower-spec front suspension and radial brake calipers. Expect the all-new engine to make something in excess of the current 848 Evo's 140bhp figure.

It's expected that the 899 will be officially unveiled at EICMA in November.