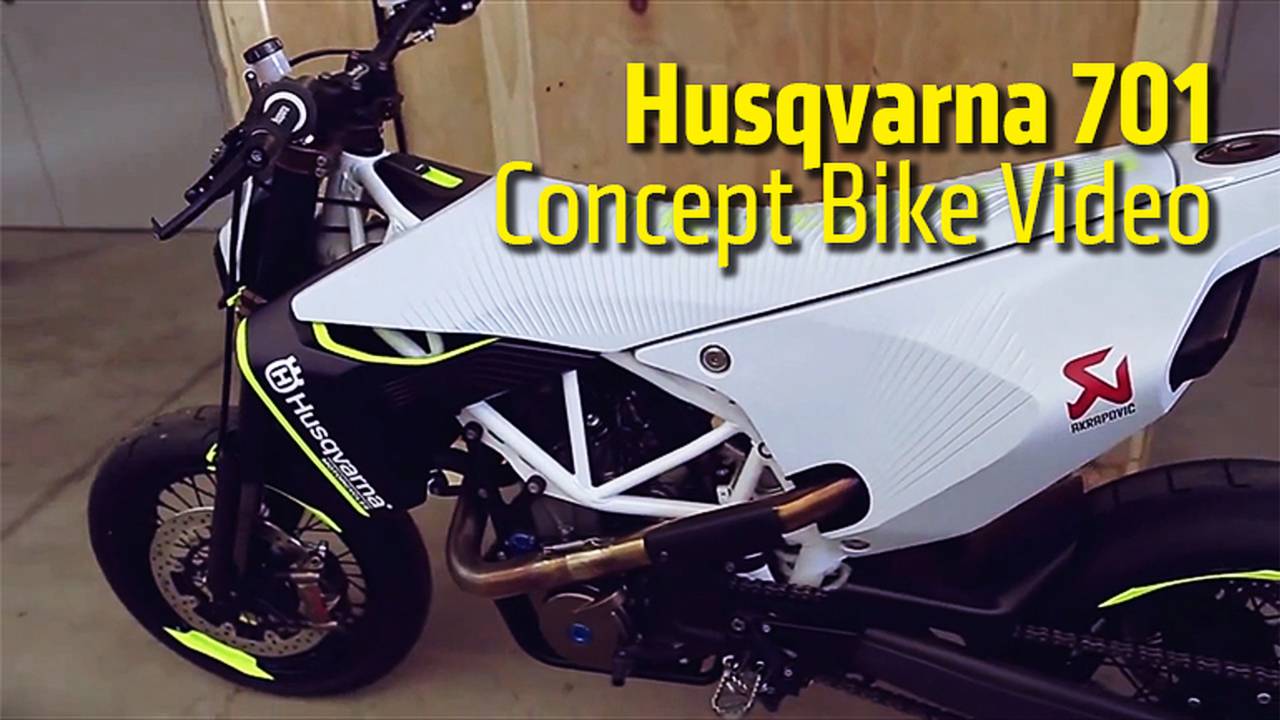 The Husqvarna 701 Concept has now appeared in a new video shot this week by the man who designed it.

Although it was shown at the EICMA Bike Show in Milan last December, the Husqvarna 701 Concept has now appeared in a new video shot this week by Piers Spencer-Phillips, a senior CTG designer at KISKA.

The Husqvarna 701 Concept, as well as all of KTM’s transportation products, was designed by a team of KISKA transportation designers. The 701you see here is ostensibly a KTM 690 SMC that is fitted with KTM’s 690cc single cylinder engine.

In an odd video posted on YouTube this week, Spencer-Philips filmed the Husqvarna 701 in the KISKA transportation design studio in Austria. He makes a reference to the 701 but says the video was done and edited in 45 minutes really to test the capability of his Canon camera than to show off the concept Husqvarna.

The footage shows close-ups of the 701’s steel trellis frame, fuel tank, suspension and exhaust and not much else.

Husqvarna was acquired by KTM in March of last year after BMW decided to offload it. KTM has made some references as to what it hopes to do with Husqvarna but the 701 was the first tangible bike, that has appeared since KTM bought the company.