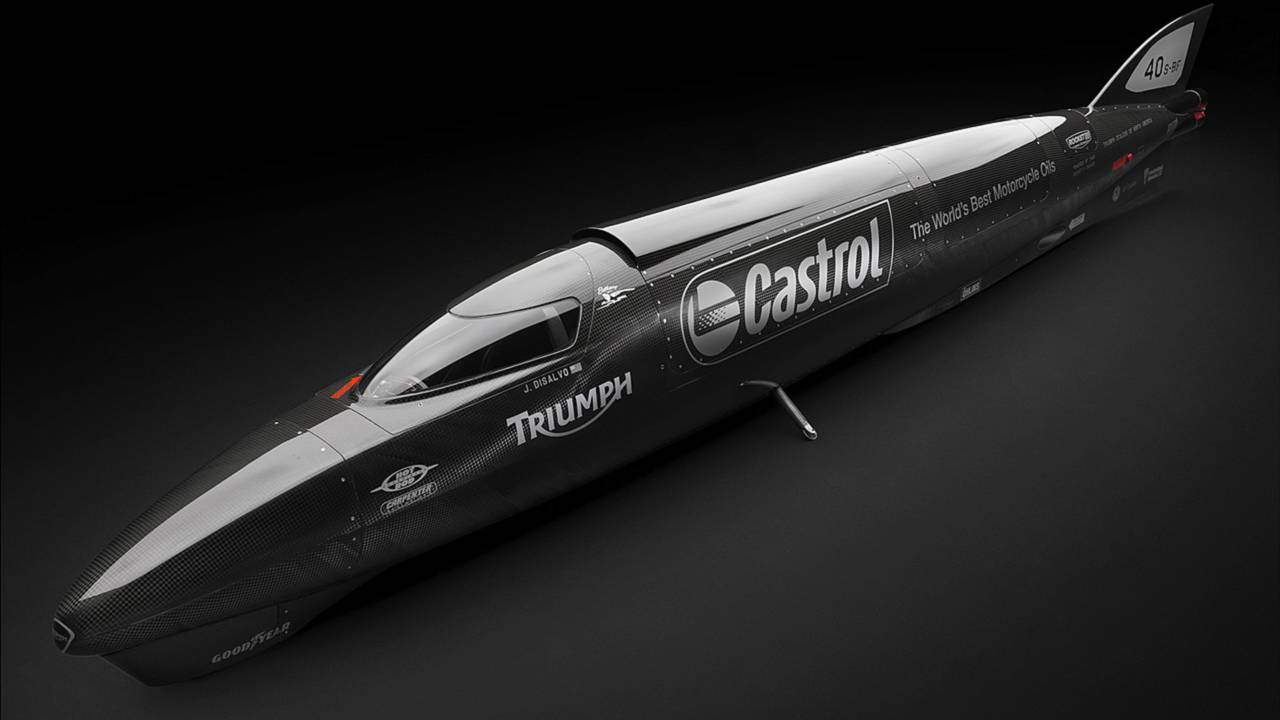 "The Castrol Rocket is unique in that it’s a 1,000-horsepower motorcycle built like a fighter jet," explains Triumph. "The project is undergoing testing this week at the famed Bonneville Salt Flats in northwestern Utah. The goal is an eventual 400-mph-plus record-breaking run. The current American Motorcyclist Association (AMA) and Fédération Internationale de Motocyclisme (FIM) motorcycle land speed record is 376.156 mph, set in 2010, by Rocky Robinson with the Ack Attack streamliner."

"Land speed racing is the purest form of motorsport," says Di Salvo. It's about bringing all of your ingenuity, resources and determination together for a constant battle against the elements.The salt surface has little traction. The wind pushes against you from every side. But what's really special about Bonneville Land Speed Racing is the people. The conditions are so challenging that for the past 100 years, racers with little else in common, have banded together to support and encourage each other to become the world's fastest."