If you’ve not considered the 2014 Toyota Highlander yet, now is the time. It's the new class leader, and a vehicle worth driving.

Mid-size SUVs are faced with conflicting expectations. How can you deliver the passenger capacity of a full-sized SUV and the fuel economy of a compact SUV at the same time? Since 2001, Toyota has tried to answer that question with the Highlander, and they have done so with varying levels of success. The first generation Highlander (2001 to 2007) took its styling cues from the big SUVs and cloned them to a unibody crossover. A third row was available, but it was little more than a jump seat. The second generation (2008 to 2013) went overboard with muscular styling, but came off a little bloated. Interior appointments lacked simplicity and elegance, and that third row was still an afterthought. 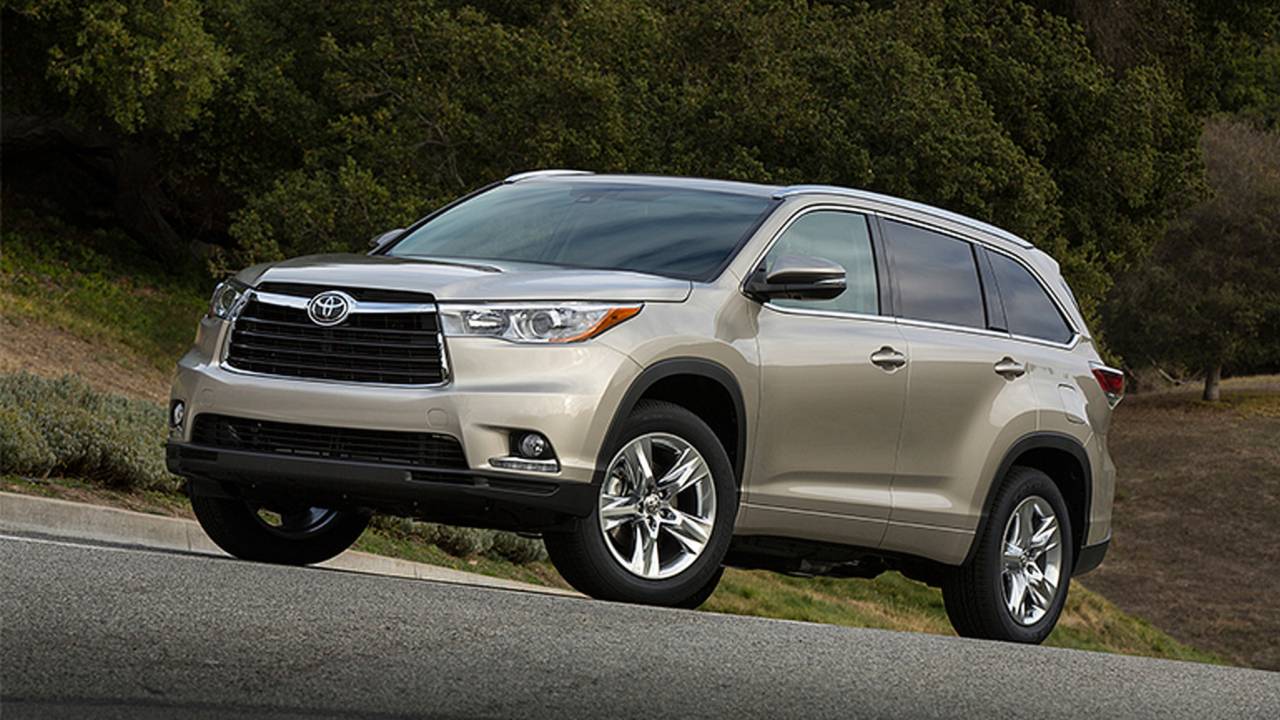 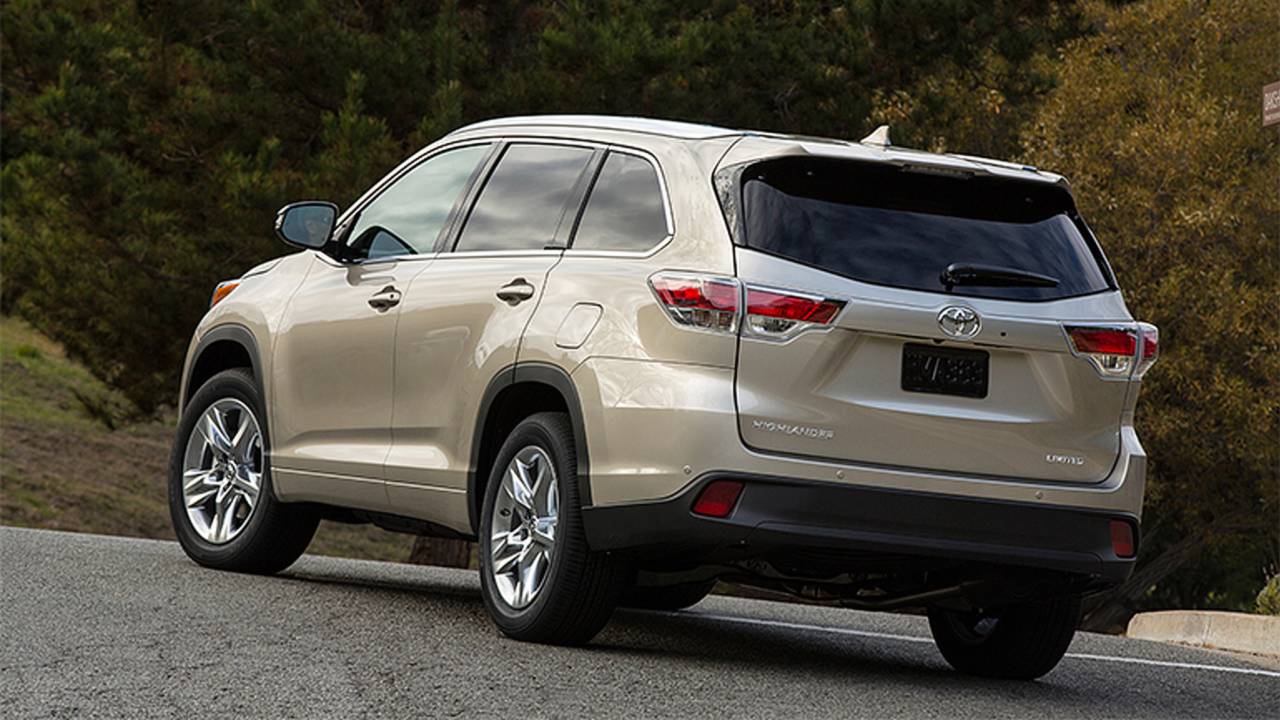 Though not truly a clean sheet redesign, the third-gen Highlander is significantly revised over the outgoing model. A completely new exterior design retains the raw dimensions of the second gen, but recasts the Highlander as a much more elegant, modern crossover. An expressive new front fascia sets the tone, and an assertive shoulder line defines the Highlander in profile. A big greenhouse provides good outward visibility for all three rows. Out back, operational rear glass (flip up) delivers daily functionality that should be standard in all crossovers. 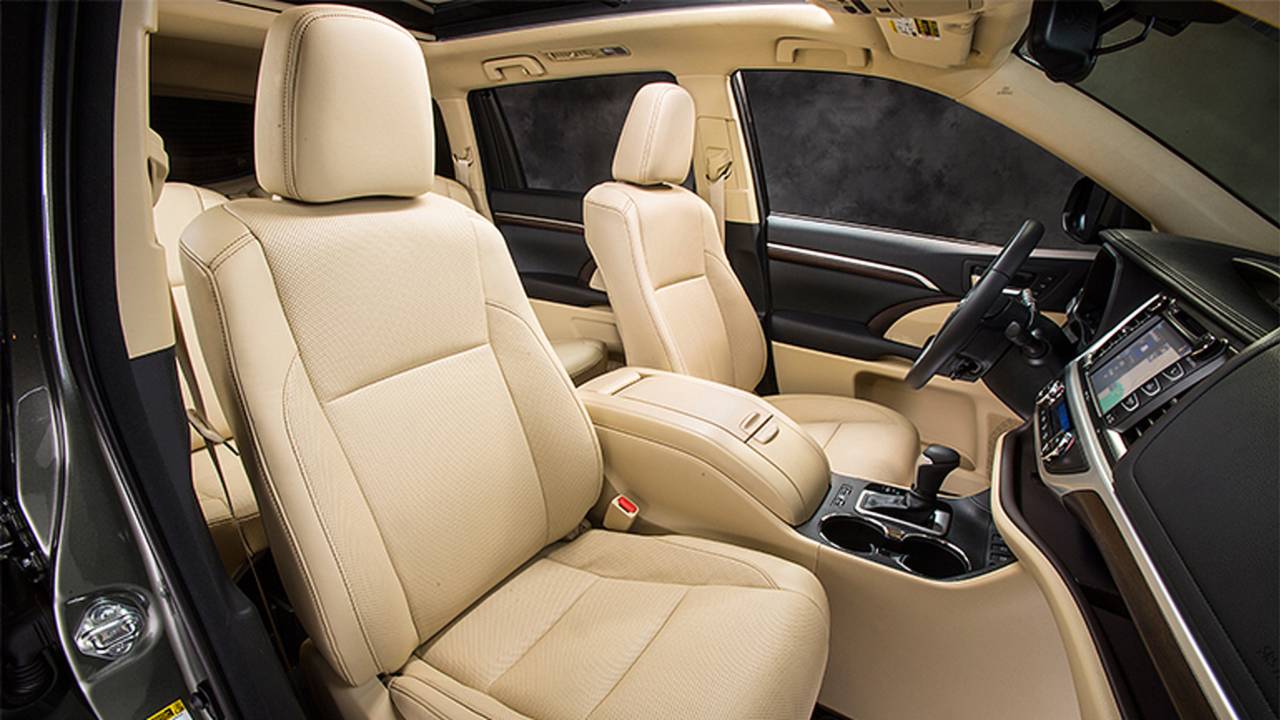 Highlander's interior is all new, too. A great new dashboard with highly useful cubbies and storage shelves is set up to house and work with mobile devices. There are even holes provided for routing cables and wires to keep things neat. Near luxury levels of equipment are available at the upper trim levels, including heated and ventilated front seats and a super cool "Easy Speak" system that routes the driver's voice through the sound system to rear seat passengers.

Toyota advertises Highlander as an eight-passenger vehicle, which is technically true if you order one with the no-cost option 60/40 split bench second row seat (as opposed to the standard twin captain's chairs), and your third row passengers have exceedingly narrow hips. There are three seating positions in the third row, and while the row is superior to the second-generation's, it's still not a full-time perch appropriate for full-size adults. That said, it's fine for a short hop, and access is good. 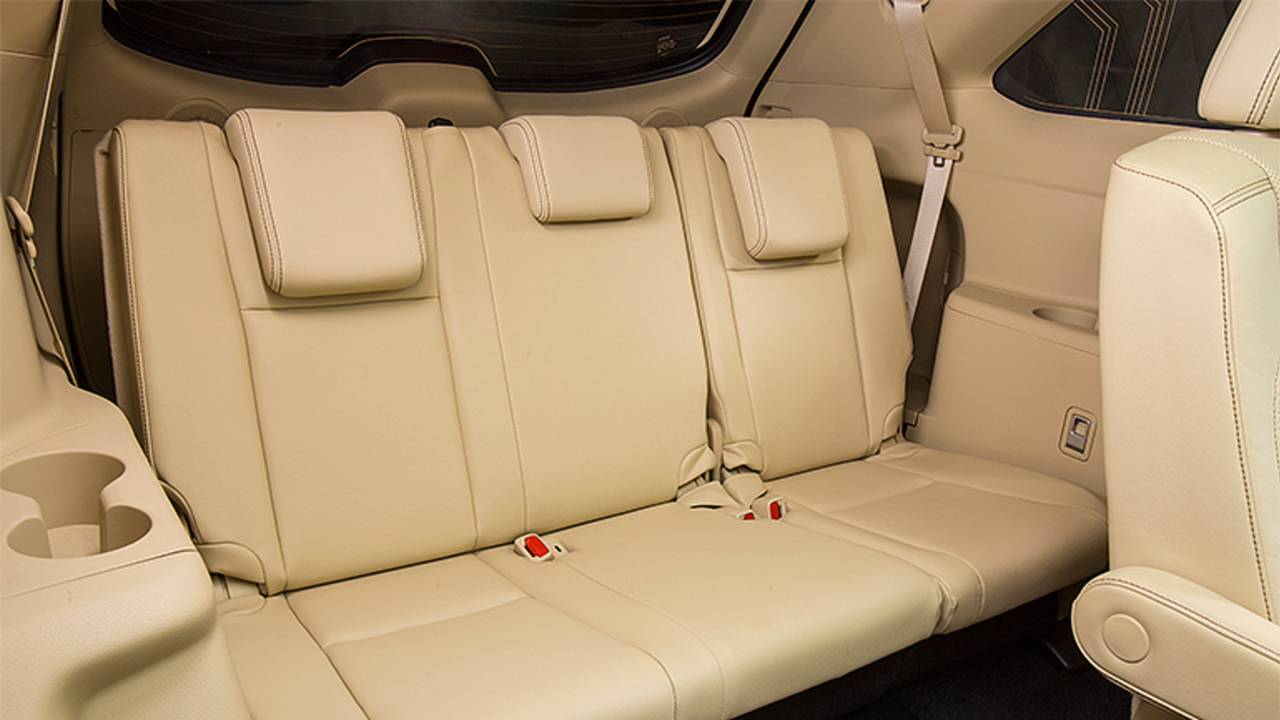 Highlander's tow rating varies with engine choice and trim level. The base four-cylinder LE is rated to tow only light loads, up to 1,500 lbs. Move up to the V6 LE and LE Plus models, and capacity increases to 2,000 lbs. XLE and Limited V6 models can tow up to 5,000 lbs, while Hybrids are rated at 3,500 lbs. There's a tow prep package available that increases maximum tongue weight from 200 lbs to 500 lbs. Payloads are generous, between 1,385 lbs and 1,455 lbs, and GVWR ranges from 5,665 lbs to 6,000 lbs, depending on trim level and equipment. 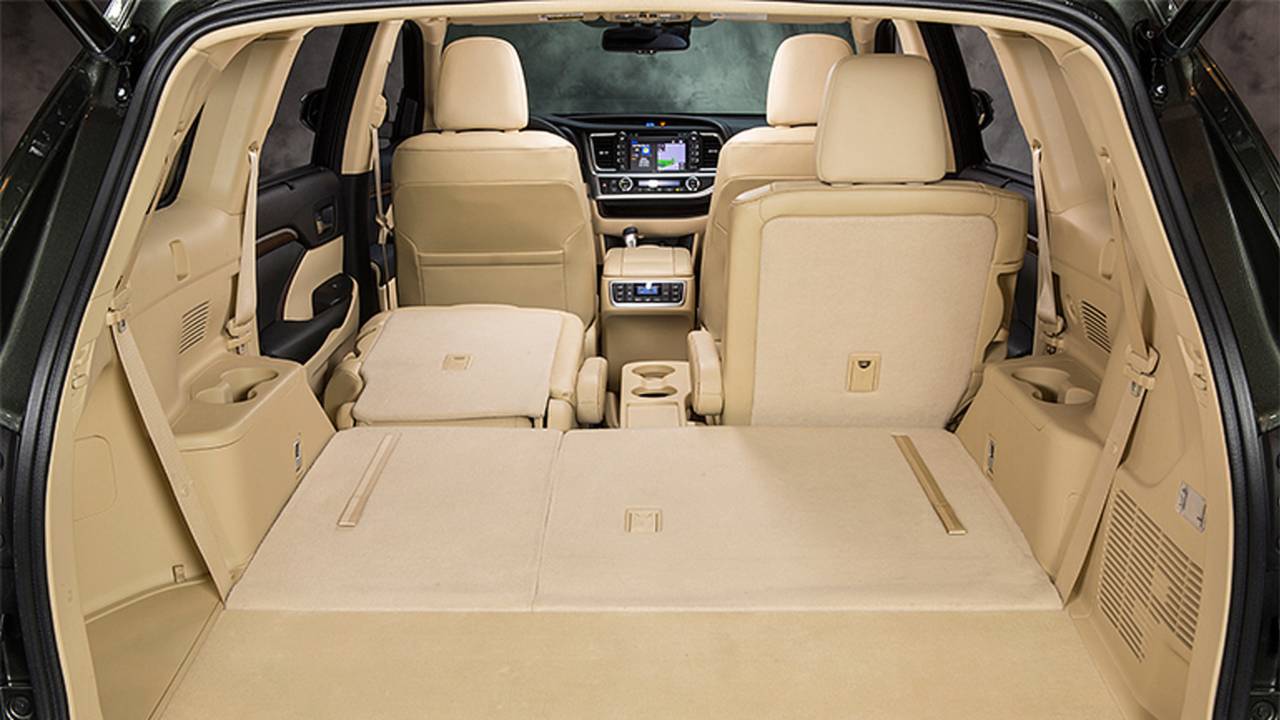 Cargo capacity has been reconfigured to allow for 30% more luggage space behind the third row, 13.6 - 13.8 cu.-ft. Flop down the third row, and there's a flat load floor with 42.0 - 42.3 cu.-ft. of space. With the second row folded flat, capacity expands to 82.6 - 83.7 cu.-ft. Dog owners beware: If your Highlander is equipped with the second row captain's chairs, there's a space between the seats when they are folded flat, exactly the kind that swallows small dogs whole and snaps legs off of big ones. A pet barrier is strongly recommended to keep your dogs safe (and to keep them from becoming projectiles in an accident). 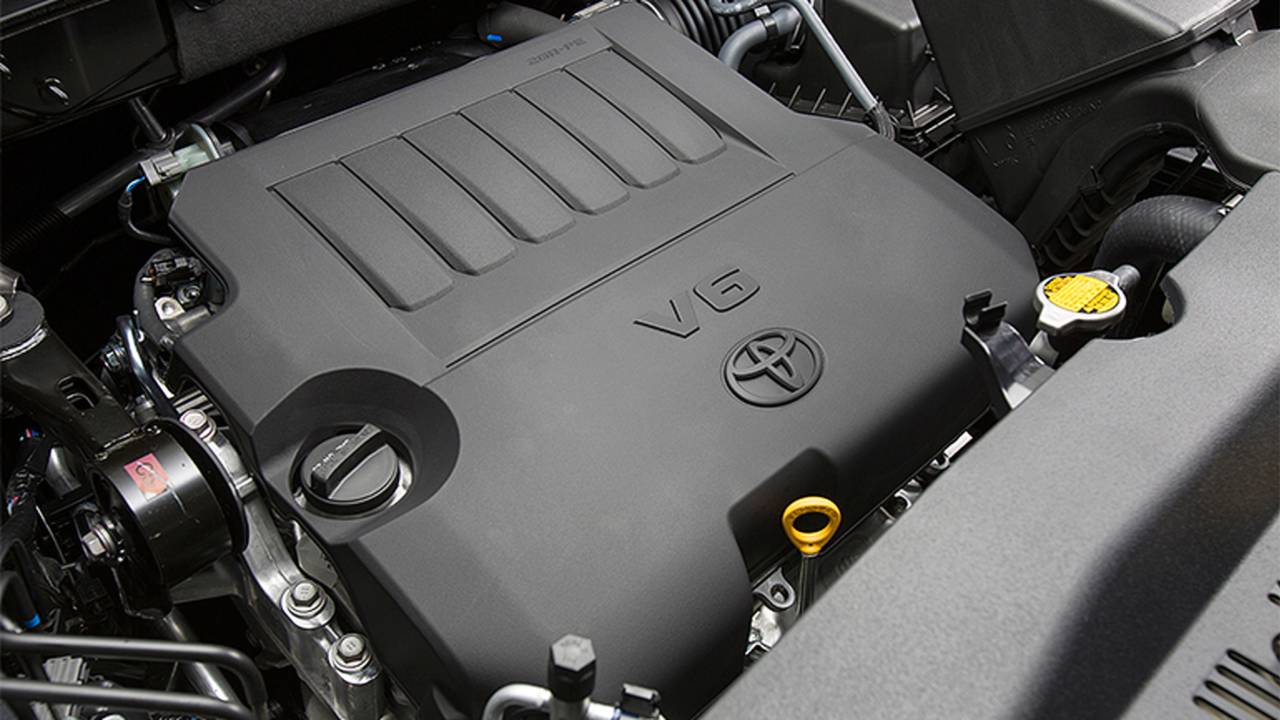 Three engines are available for Highlander:

Highlander has had decent driving dynamics through the first two generations, and this new Highlander improves the experience in nearly every way. First of all, Toyota has performed magic in calming NVH (noise/vibration/harshness), delivering a supremely quiet and calm cabin. Then, the rear suspension has been redesigned, which has vastly improved cornering and overall stability on the road. Electric power steering is dialed in, and provides decent road feel without the numbness that sometimes accompanies the technology. 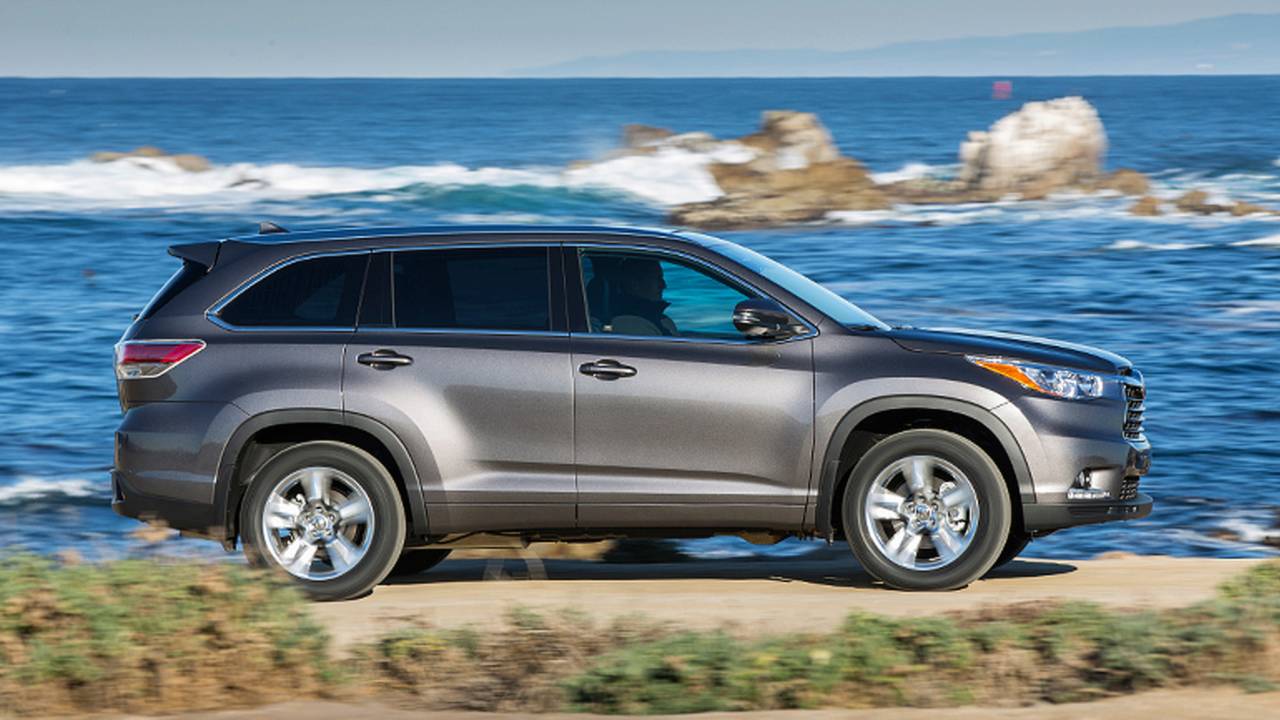 Of the three engine choices on Highlander (I4, V6 or Hybrid), the V6 hits the sweet spot with decent acceleration, smooth operation and good power. Beside a slight price advantage, there's little reason to consider the four-cylinder Highlander. It gives up towing capability and performance for a minimal gain in fuel economy (1 mpg city over the V6 FWD). The Hybrid is more powerful and responsive than the gas-only models, but its continuously variable automatic transmission (CVT) limits towing usefulness, and the Hybrid is loaded down with so much additional equipment that the price is out of this orbit. 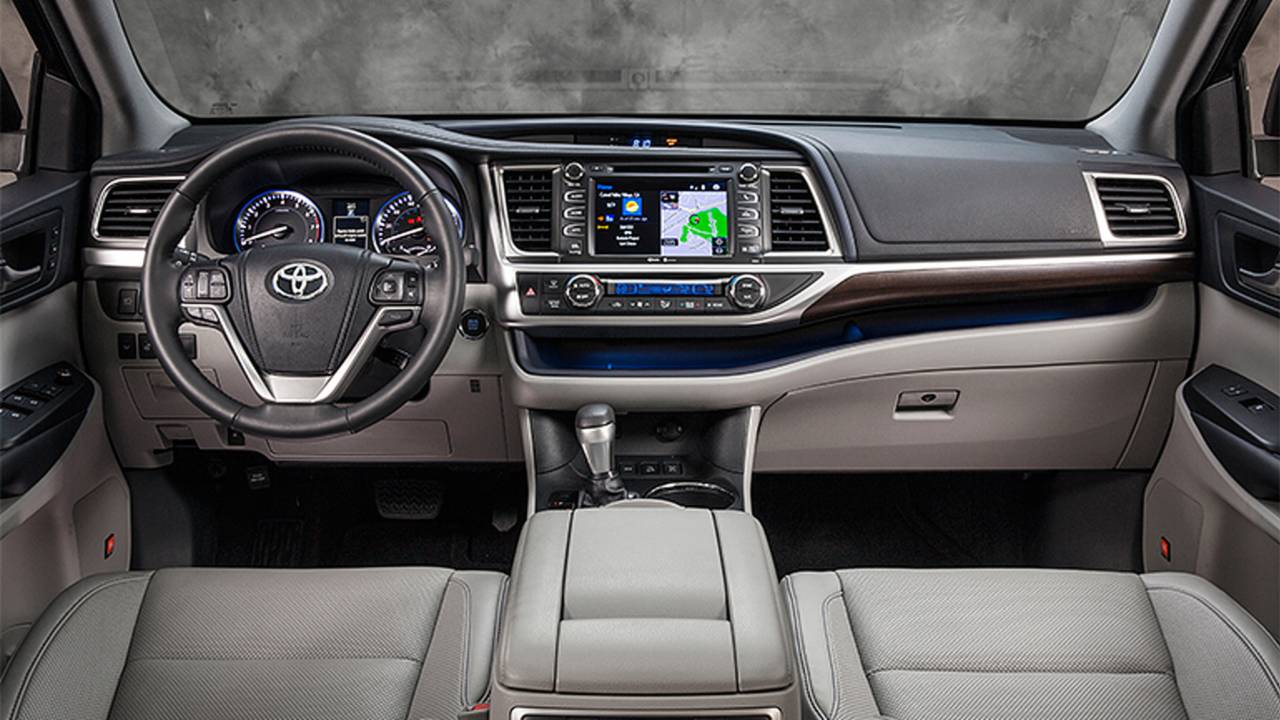 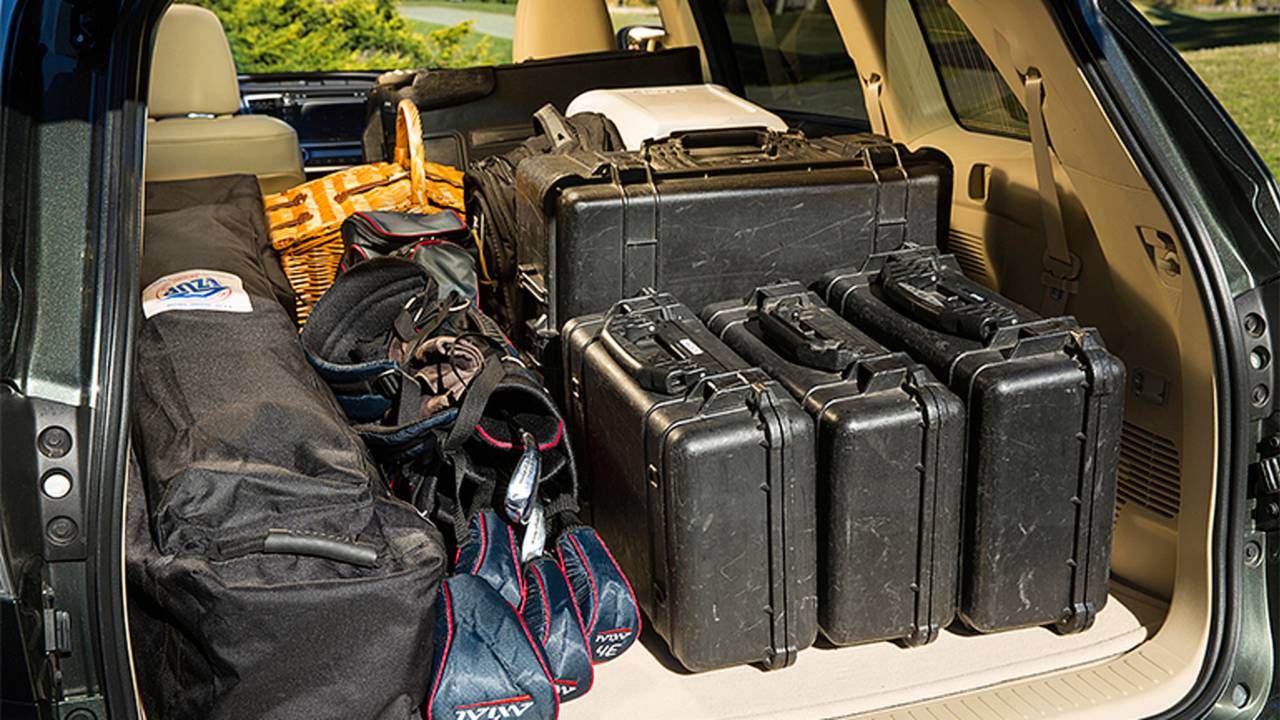 Toyota has simplified Highlander's packaging for 2014. Each step up the ladder includes a lot of standard equipment, making selecting the right Highlander a much simpler proposition. Upper trim levels approach luxury levels of equipment (and price tags). Hybrid models are only available as upper trim models, which means that they are a lot more expensive than the base model. 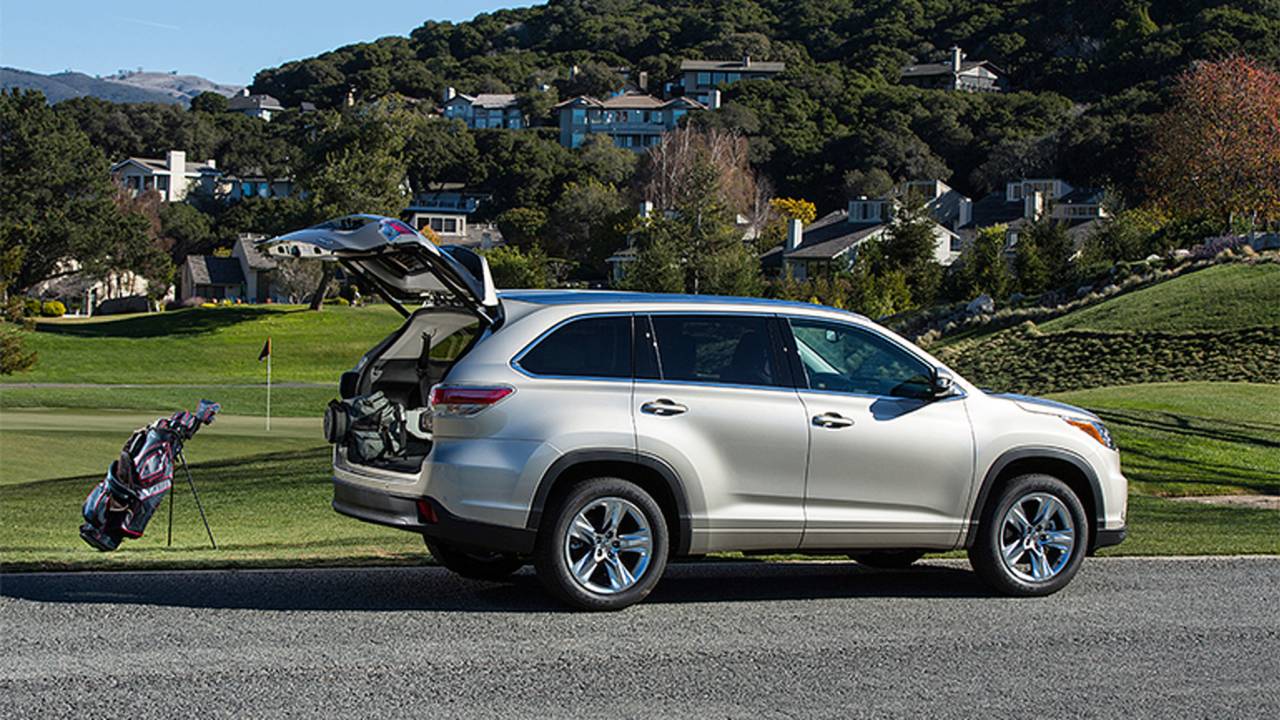 Toyota has done a great job rethinking Highlander, and the third generation Highlander is a big improvement over the outgoing second gen vehicle. For every day driving, Highlander can take the place of most minivans or full-size SUVs, and for light towing and hauling, it can be a solid choice.

There's some stiff competition in the mid-size, seven-seater arena. Toyota has targeted Ford Explorer, Nissan Pathfinder and Honda Pilot, each of which has its merits. I'd add Dodge Durango, Jeep Grand Cherokee, Chevrolet Traverse, Buick Enclave and GMC Acadia to the mix as well. Toyota has the advantage with the only Hybrid in the bunch, but it's only an advantage if you're willing to pony up $47,000 plus for the privilege of driving a hybrid. Save a full load of bucks and buy a set of hybrid badges to apply to your V6 Highlander. Nobody will ever know.

If you've never considered a Highlander before, now is the time. I'd consider it the new class leader, and a vehicle worth driving.

Do you have a dedicated tow/haul vehicle, or does your daily driver do double duty? Would you spend an additional $5,000 (or more) to get a hybrid that improves your fuel economy by 9 mpg city/4 mpg highway?

By: Jason Fogelson
++
Got a tip for us? Email: tips@rideapart.com