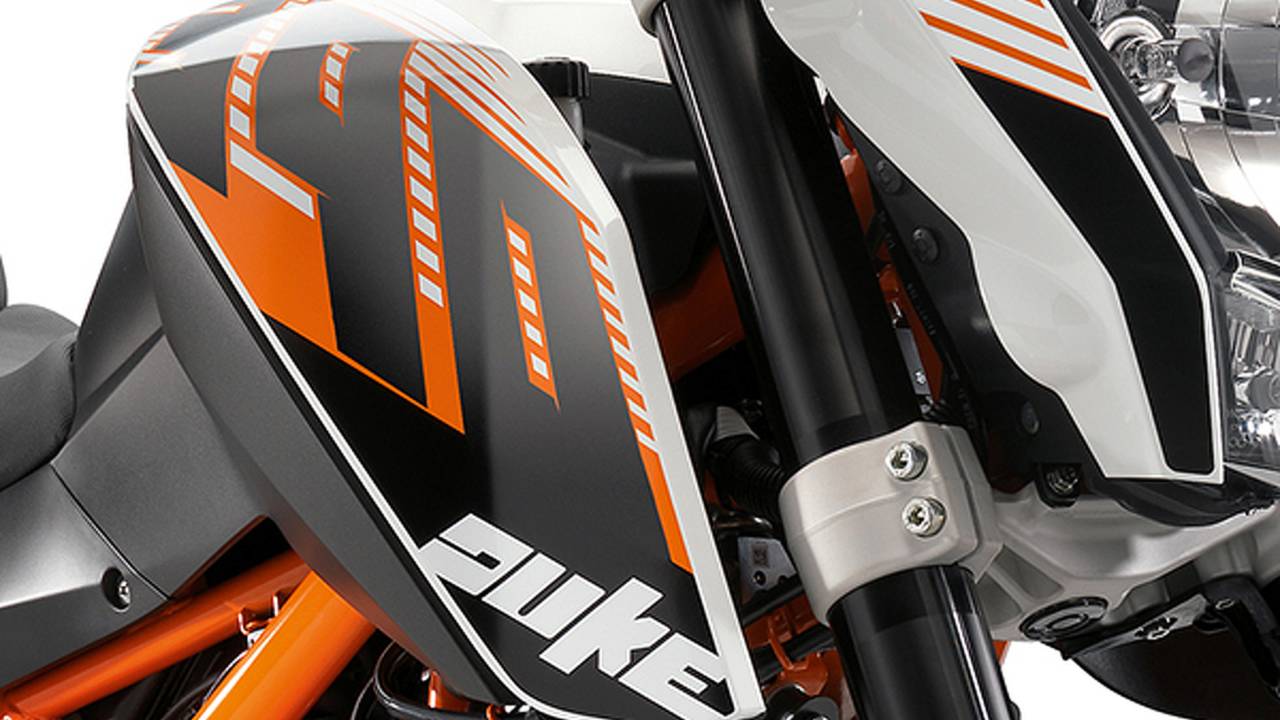 "...the 390cc is coming which is a full faired version and the so called tour purpose version," KTM CEO Stefan Pierer told India's CNBC-TV18, revealing the development of future models based around the KTM 390 Duke's new motor. "We are talking about somewhere between 12 to 18 months," he continues. "Every six months something will come."

The remarks come as part of a video interview with the channel, largely focussed on KTM's relationship with Bajaj. You can read the full transcript and watch the vidwo on CNBC-TV18's website.

Last year, a slide from a dealer presentation on future models leaked, revealing both a "Moto3 350" and an "Enduro 350." Given that the the same slide listed a "Duke 350," which is now the 390 Duke, it stands to reason that the two models Pierer references will take the form of a fully-faired race-rep and a sort of mini ADV or dual sport, both based on the same 44bhp, 370cc single and, given KTM's recent propensity for platform sharing (the 125, 200 and 390 Dukes all use the same chassis), it seems likely that both models could share frames too.

All this is a very good thing. Not only is the 390 Duke seriously light at 320lbs (wet), but it should be relatively affordable too, with signs pointing to a dollar price point in the region of $6,500.