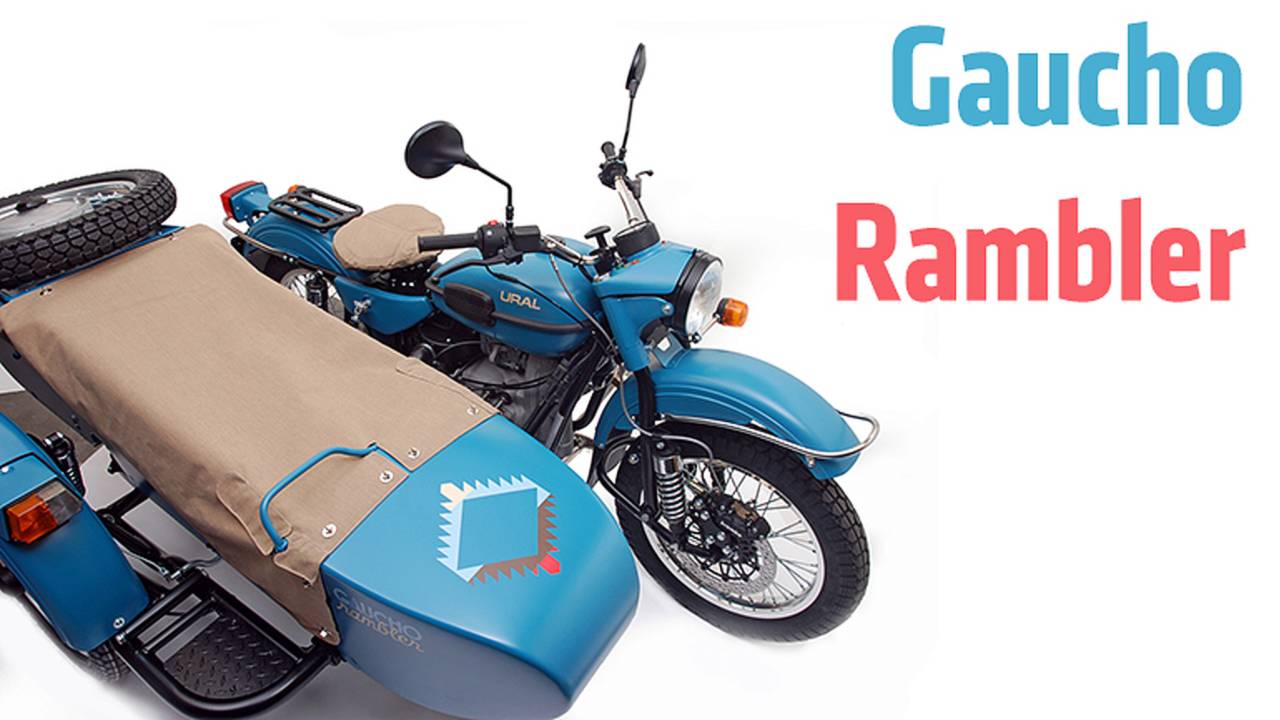 The Ural Gaucho is the bike upon which you should see Montana.

Created in collaboration with Pendleton Woolen Mills, the 2013 Ural Gaucho Rambler Limited Edition celebrates the lone traveler of the old west. Maybe an odd homage for a bike made in Siberia, but still a pretty one.

On top of the standard 2WD Ural Patrol, the Gaucho Rambler brings special "Pacific Blue" paint and includes a co-branded wool Pendleton blanket and an enamel camp cooking set which includes a kettle, two mugs, two plates and a frying pan. A Navajo-style motif adorns the sidecar's nose and the seat and passenger compartment cover are in sun faded canvas. Price, over the standard model, increases from $13,699 to $14,350. Only Gauchos will be made.

"Ural and Pendleton are two companies which at different points in time ventured out to find home in the American West, both of which endured many challenges and yet all the while maintained their authenticity," states Ural VP Madina Merzhoava. "Paying homage to our beginnings and the pioneering spirit is what connects the two brands and inspired this collaboration."

The Gaucho will be available in the U.S. beginning November 2013.