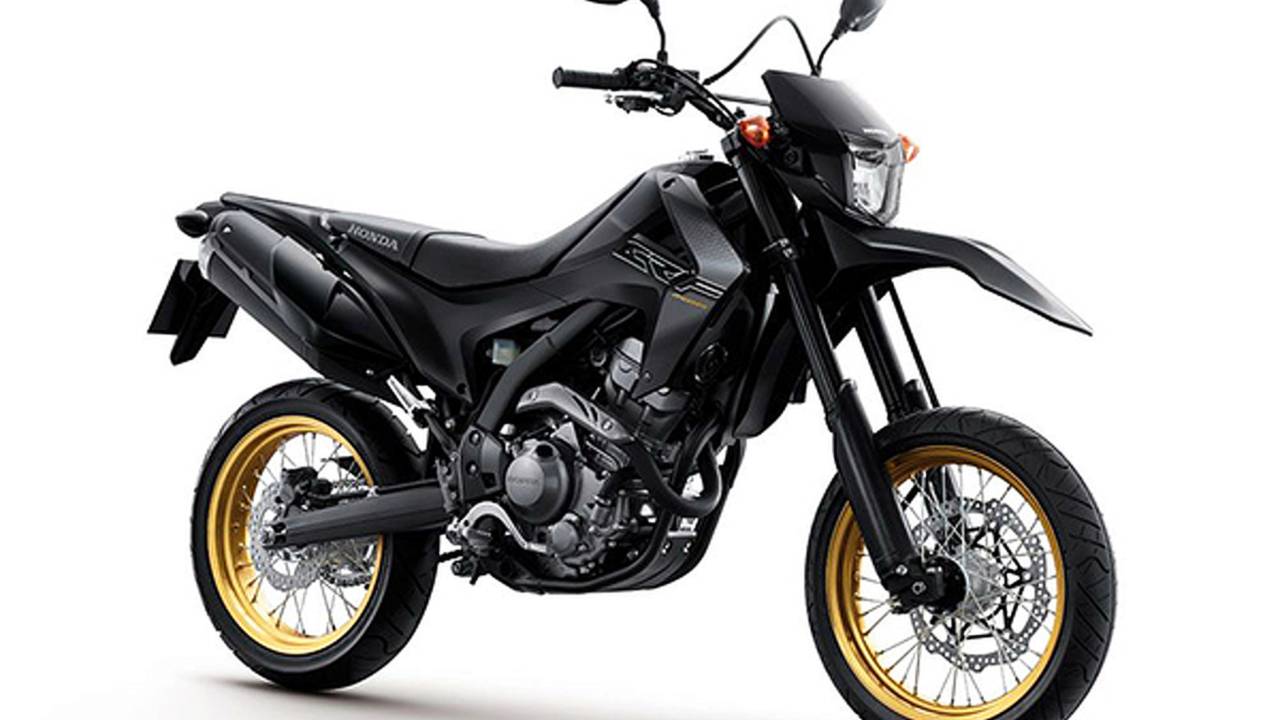 The new Honda CRF250M is a fun, affordable supermoto.

Honda Thailand, where this new line of super affordable 250s is made, has just unveiled a supermoto version of the CRF250L. Dubbed the Honda CRF250M, it swaps out the 21/18-inch wheels for 17-inch item and dedicated street tires. The 23bhp, 16lb/ft single is retained unaltered.

There's no word yet on which markets outside Thailand the bike will reach, but Honda did import the supermotard version of the previous CRF230L to the United States.

The CRF250L shares its motor with the CBR250R. Minor modifications shift the power and torque lower in the rev range, losing 3bhp off the top end in the process. Both bikes transcend their basic, on-paper specs through a general cohesiveness that sees them far more capable and fun in the real world than their numbers suggest. With the CBR retailing for $4,200, while the CRF is just $4,500.

The tiny, light CRF250L already makes a superb back roads blaster and urban commuter/fun bike, the M should boost those capabilities.