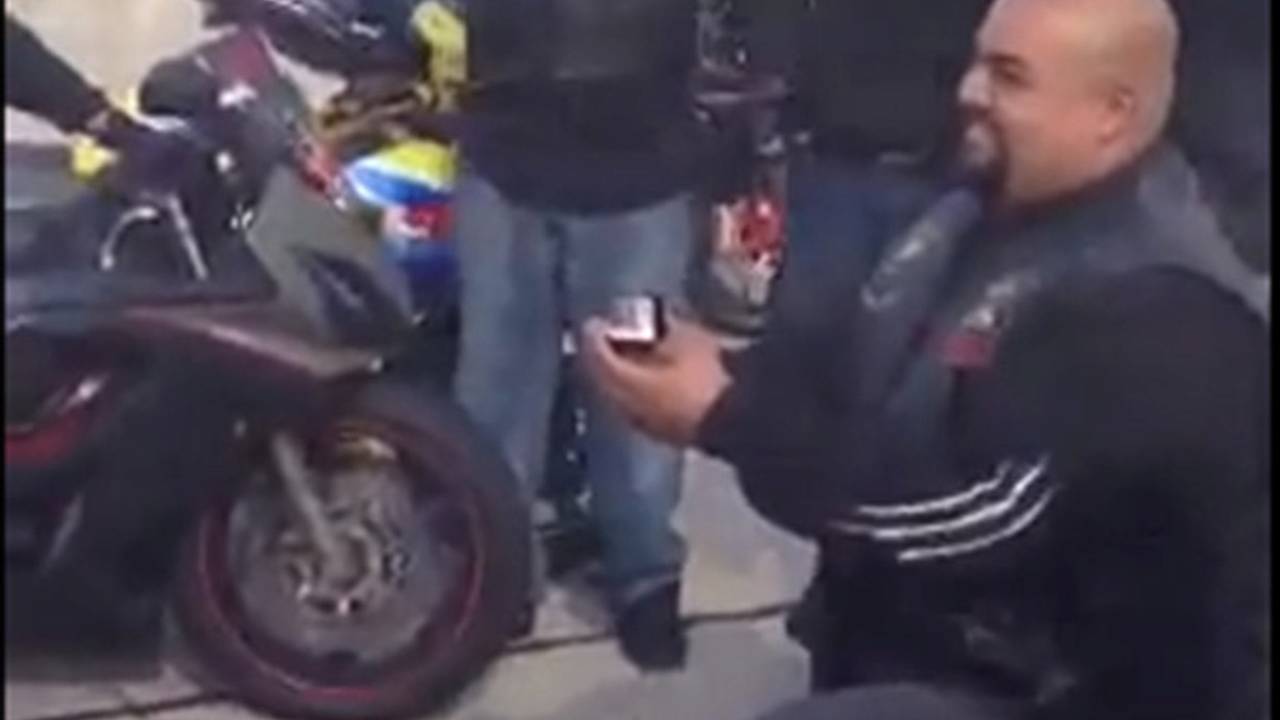 The ultimate biker proposalUpdate: Yahoo News reports that the police in California are deciding whether or not to file felony charges the...

How do you propose to your girlfriend as a biker? Here's how one biker did it:

- He invited all of his biker friends on group ride

- Mid-ride they stopped traffic on the 10 in Los Angeles

- The group started many burnouts, wheelies, stoppies and engine revving

- He got on one knee and proposed

As you can see from the second video, she absolutely had no clue what was going to happen and then there was a sudden proposal. We think that was a "yes."