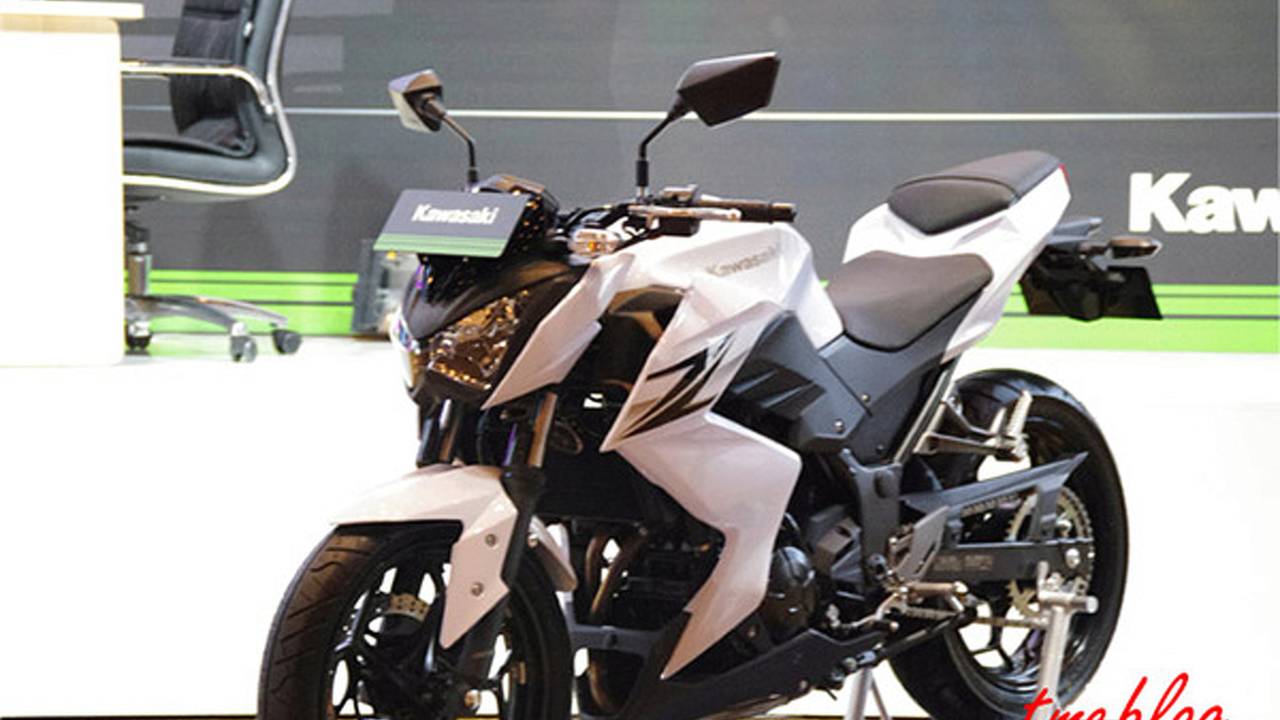 Here's the first pictures of the new Kawasaki Z250, courtesy Indonesia's TMCBlog, where small, practical bikes like these are enormously popular. But, it's being rumored that, like the Ninja 300, a Kawasaki Z300 could reach both the US and Europe.

Scheduled for an official unveiling tomorrow, the bike uses the same parallel-twin engine, steel frame and basic running gear as the 2013 Kawasaki Ninja 250, which means 379lbs (wet) and 31bhp. The Ninja 300 weighs the same, costs $4,700 and makes 39bhp.

Styling of the Z250 mimics that of the aggressive new Kawasaki Z800.